It may come as a surprised to you – and it certainly comes as a surprise to me – that Berlin, a city I have visited twice for 24 hours or less each time, is one of my favorite cities in the world. No other city has the same juxtaposition of rich history and rich modern alternative art culture that Berlin has. This guide primarily reflects my first 24 hours in Berlin, as my second trip there was more about visiting a friend and less about seeing the actual sights.

My first trip to Berlin was part of a layover I had traveling from Zurich back to my home in Chicago. I began my 24 hours in Berlin around 10:00am and was scheduled to depart early the next morning. Since I grew up a huge WWII history buff, I knew I wanted to see some of the WWII history in Berlin. I decided the easiest way for me to do so would be to join a free walking tour, so I booked a tour through Sandeman’s. It is free to book a tour online, and I would highly recommend doing so in advance of your visit so you may avoid the long lines. Some people who stood in line with me and who did not already have a ticket were asked to come back at a later time because the tour company was not able to accommodate so many people. As I only had 24 hours in Berlin, I was very glad I had reserved a spot in advance. 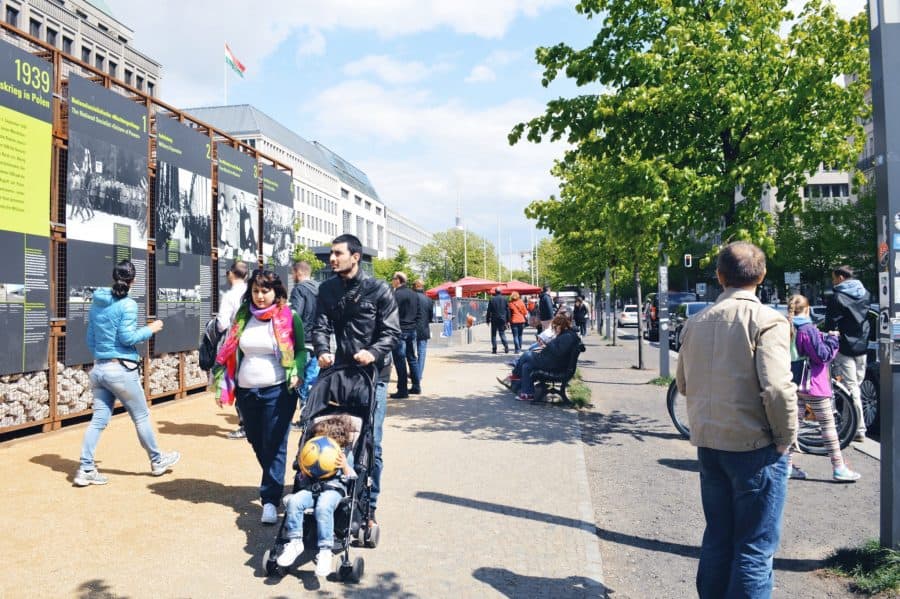 The tour took us through some of the major historical attractions in Berlin. We started at the Brandenburg Gate, walked over to the site of Hitler’s bunker, checked out the Holocaust Memorial, Checkpoint Charlie, Gendarmenmarkt, and the Berlin Wall. After seeing the Berlin Wall, I decided to split from the tour because there were some other attractions I was very interested in seeing and thought I wouldn’t have time to see them if I stayed through the entire tour. I made sure to find my tour guide to thank her and tip her before leaving and apologized for leaving her tour early. Please remember to tip your tour guide on these free walking tours even if you have to leave early, as these people work very hard, and for some of them, this is their main source of income! 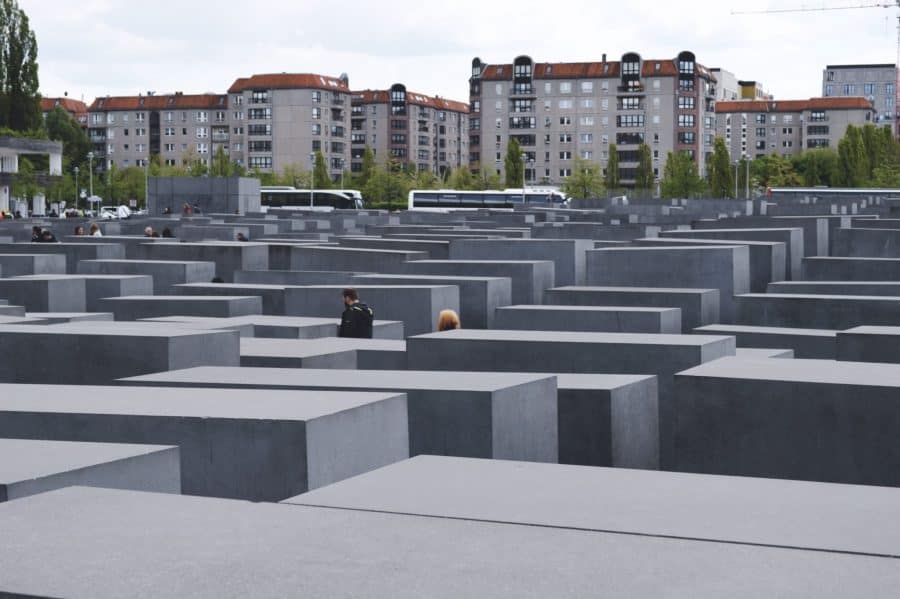 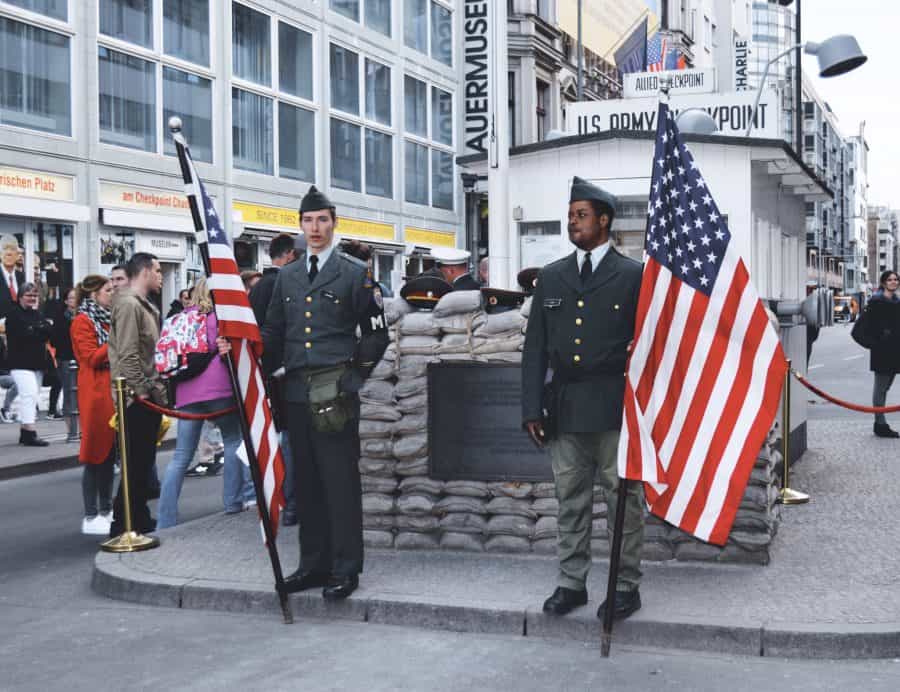 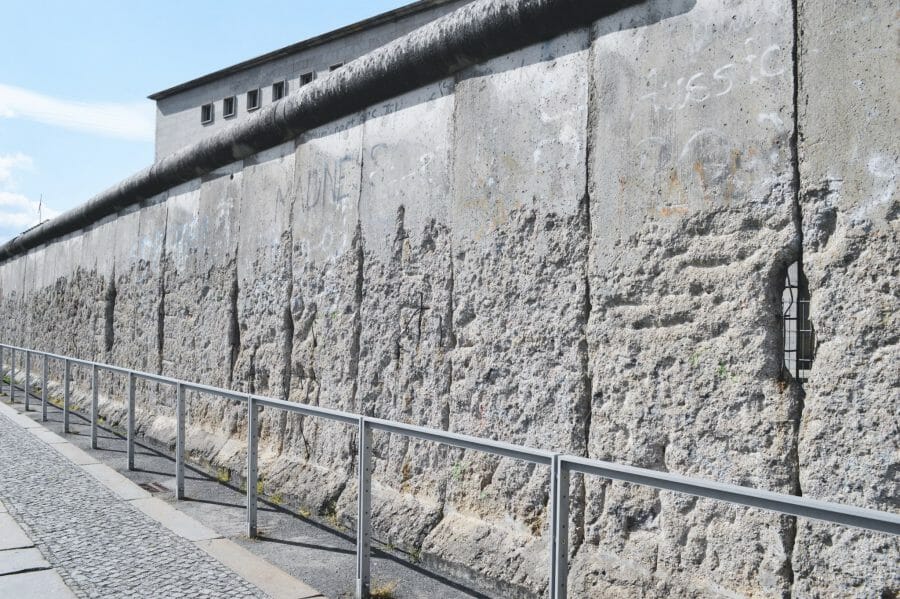 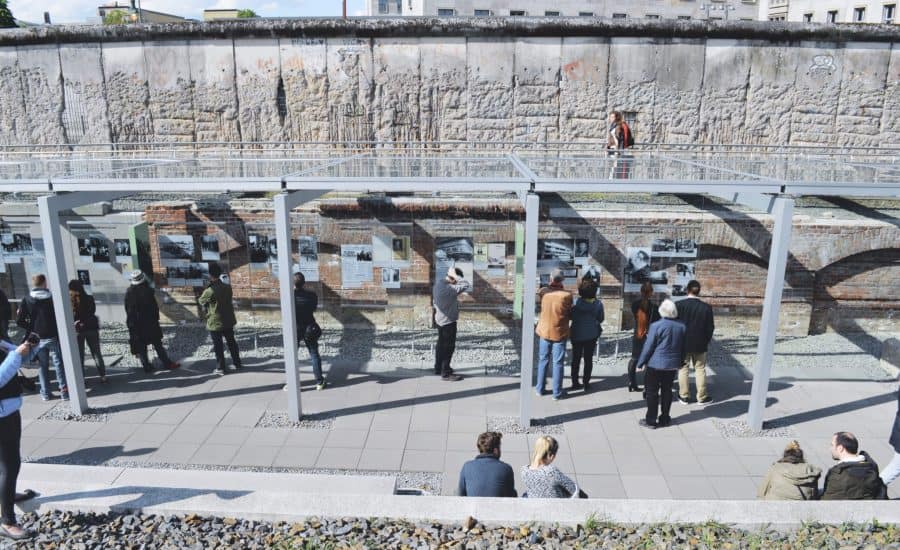 I don’t want to spoil anything for you in case you decide to take the same tour, but one of the most interesting facts I learned on this tour is that what was once Hitler’s Bunker is now covered by a parking lot (car park). We were all quite confused when our tour guide brought us to an empty parking lot and asked us if we knew the significance of where we were standing. Apparently the goal behind this strategic positioning of the parking lot is to prevent protests and gatherings from occurring. It’s also a slap in the face to Hitler – that his former place of abode has now been relegated to no more than an unsightly parking lot.

After parting ways with my tour group, I walked over to the East Side Gallery, a 1.3 km long section of the Berlin Wall located in east Berlin on the River Spree. I would recommend taking public transportation there if you are coming from the Berlin Wall like I was, since it took me over an hour to walk the distance. However, if you have the time, the walk along the Spree was very nice, and you may see some more sights, such as the museums you’ll find below. 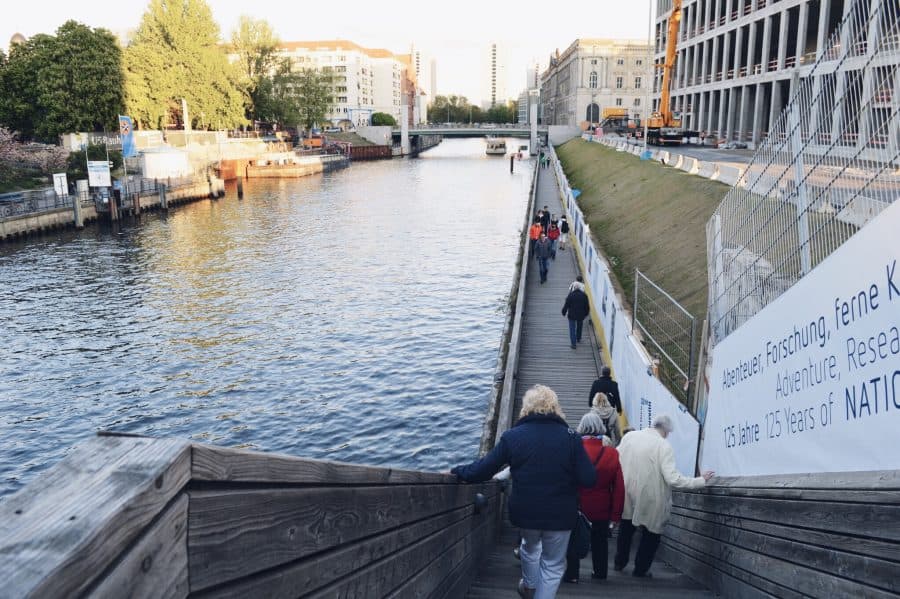 The boardwalk along the river Spree 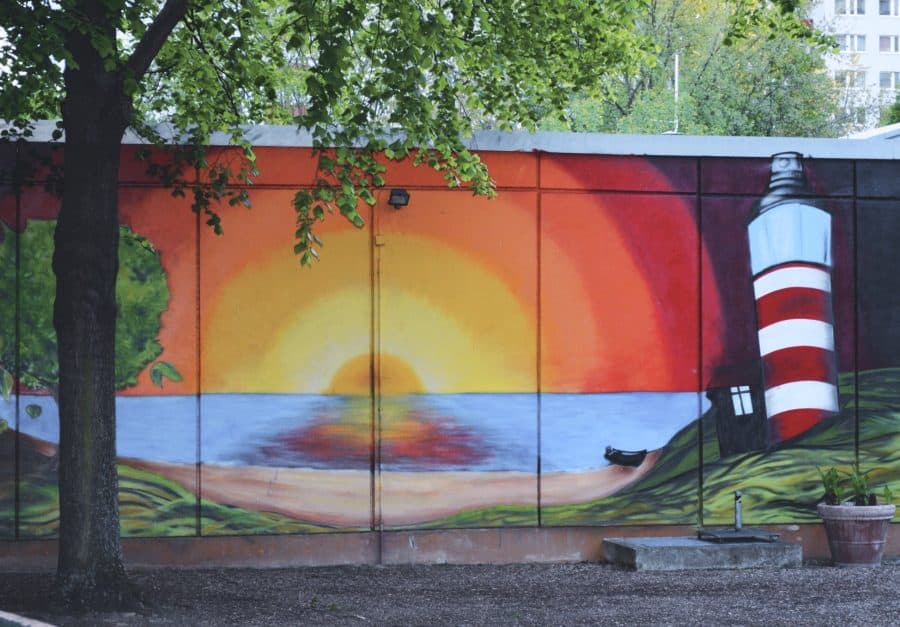 Street art along the river Spree 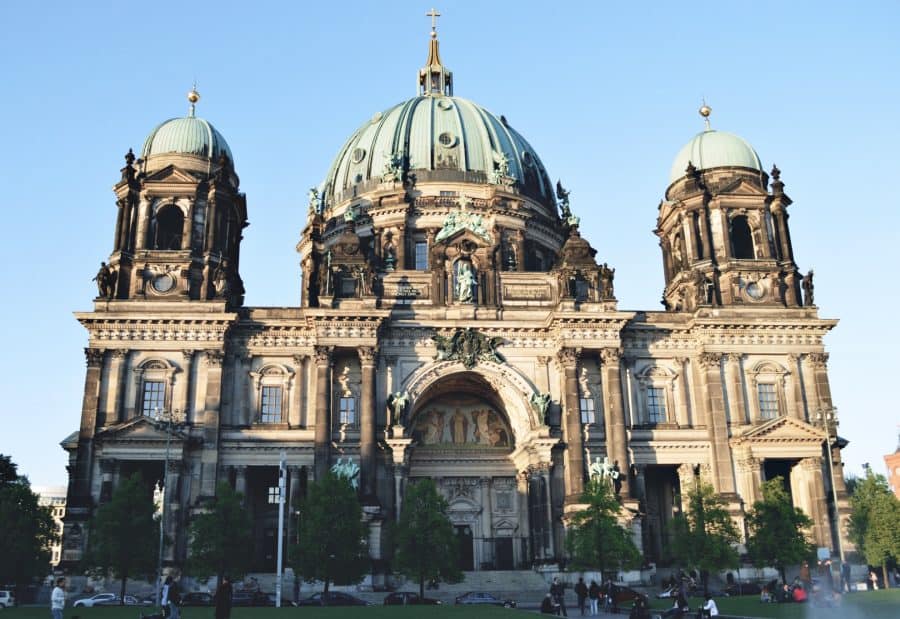 Berliner Dom (The Berlin Cathedral) a/k/a the Evangelical Supreme Parish and Collegiate Church, located on Museum Island in the Mitte borough. The detailing on this church was incredible.

Altes Museum – houses the antiquities collection of the Berlin State Museums and, along with other museums on Museum Island, was designated a UNESCO World Heritage Site in 1999. 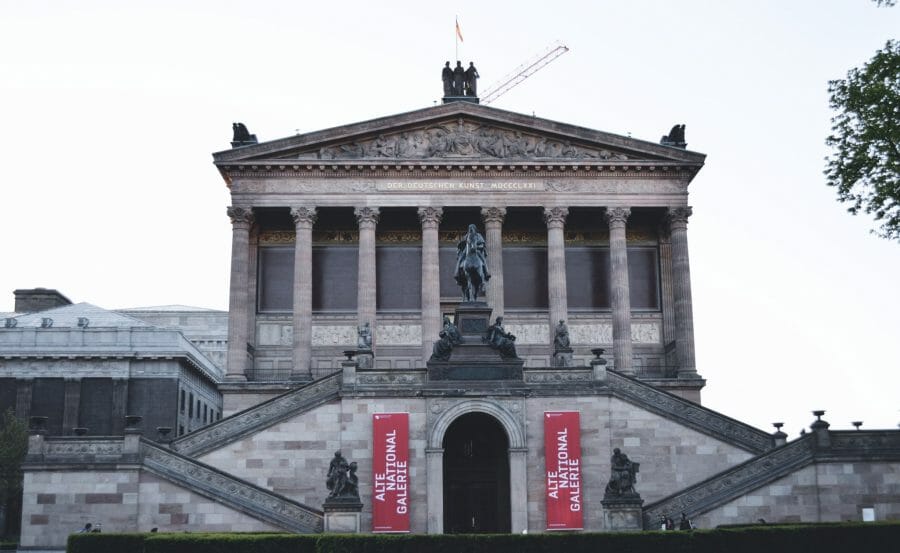 The East Side Gallery was incredible. I love street art, and to stand in front of the largest and oldest open air gallery in the world was so cool to me. Although the East Side Gallery was originally intended to hold paintings by prominent artists that document a time of change and that express the euphoria and hopes for a better, more free future for all people, roughly 2/3 of it are now covered by graffiti and vandalism. Knowledge of this fact may take away from the history of the gallery, but I still enjoyed seeing the modern day renditions of art that have been painted over the original artists’ paintings. 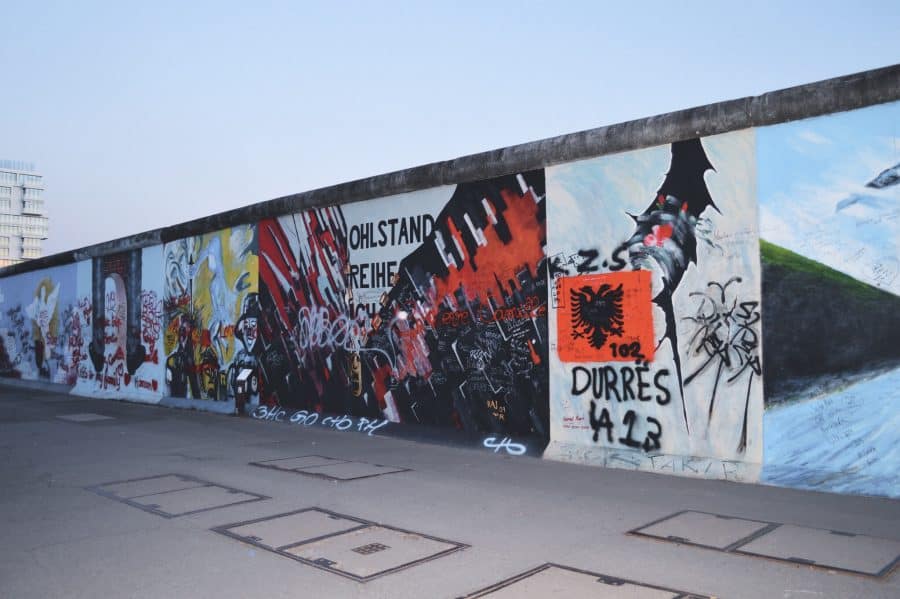 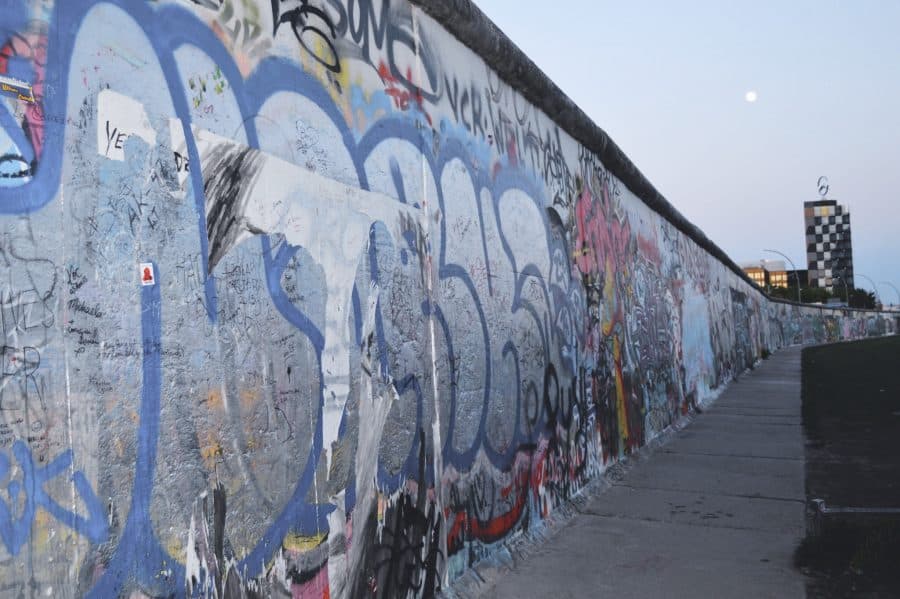 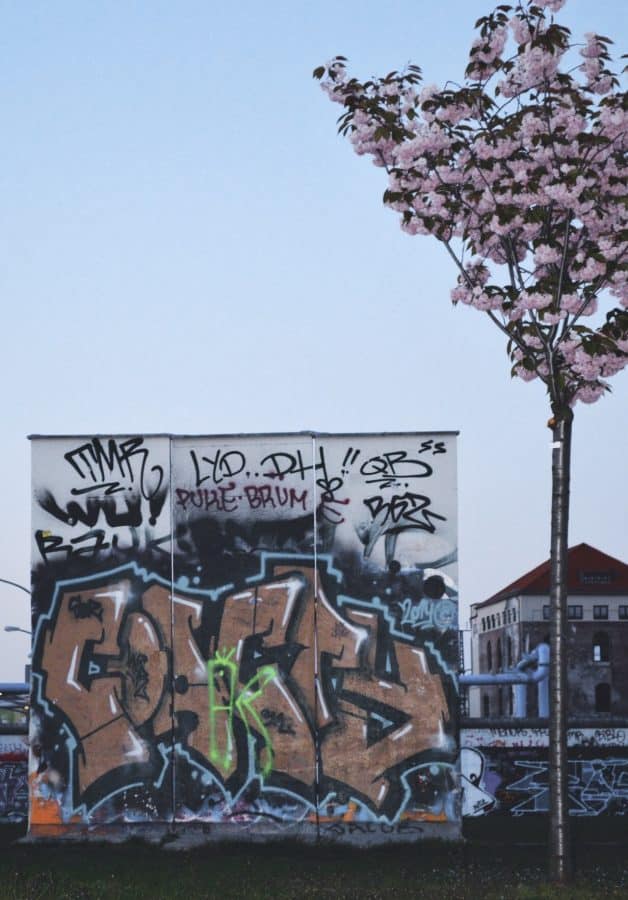 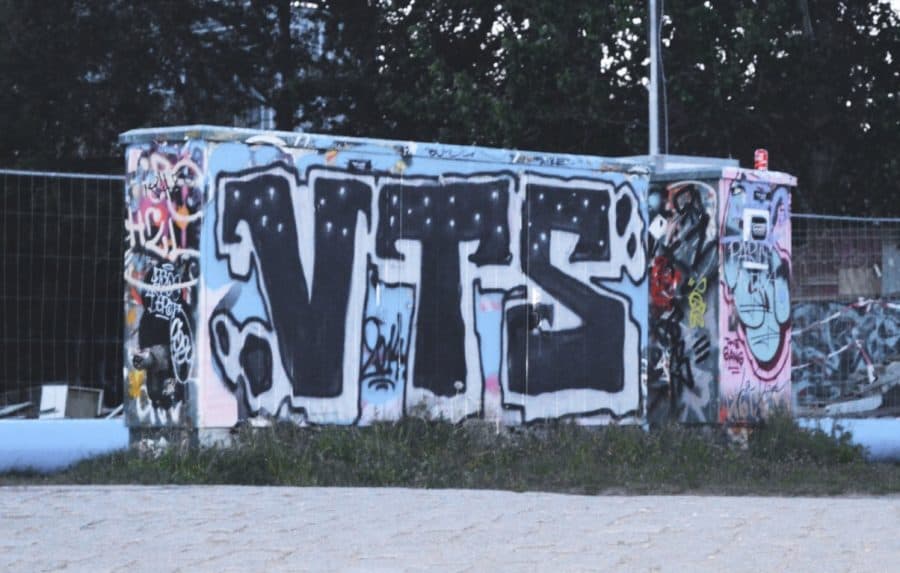 After leaving the East Side Gallery, I started walking back toward the direction of my  hostel when I stumbled upon a community called YAAM. If any of you are familiar with this, please help me out here because I still am not sure what I came across. It appeared to resemble a mini-Christiania (Copenhagen), with lots of trailers and food, people hanging around in colorful clothing and interesting hair styles, music, etc. When I approached the entrance, I took a photo of the community and was immediately confronted by a few people from the community informing me that photos are prohibited and asking me to delete my photo right away (which I did not – sorry!). As I was a bit taken aback, I did not think to ask them what the community was all about before I walked away. The whole ordeal was interesting to me because Freetown Christiania in Copenhagen is such an open concept that I was surprised to see something at a much smaller scale (if it even is the same thing as Christiania) be so hush-hush about its operations. 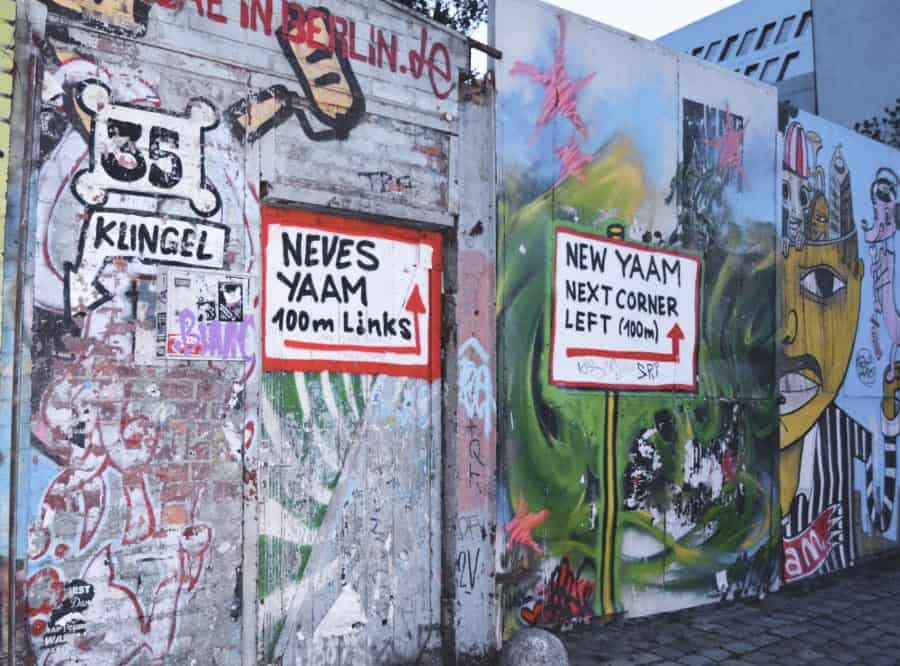 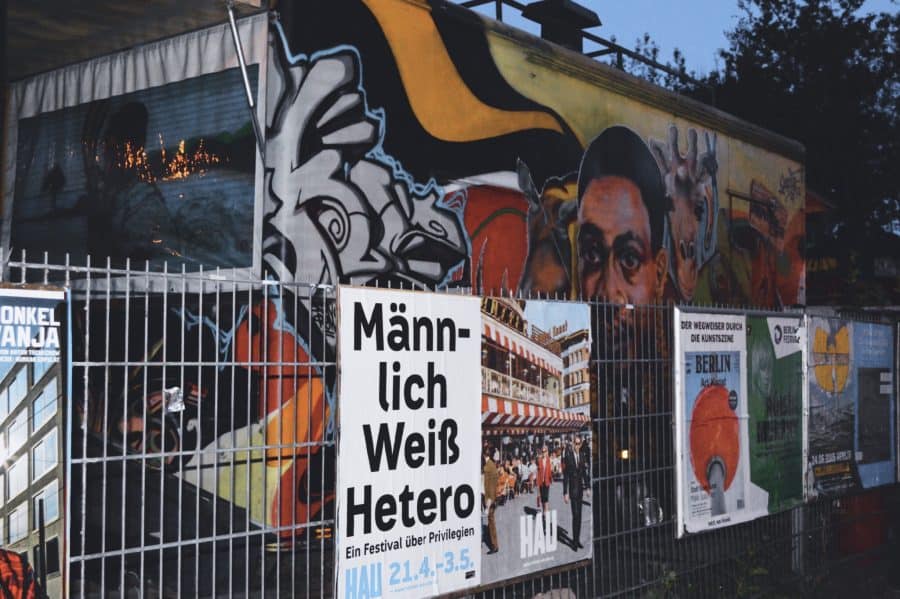 YAAM from outside the fence 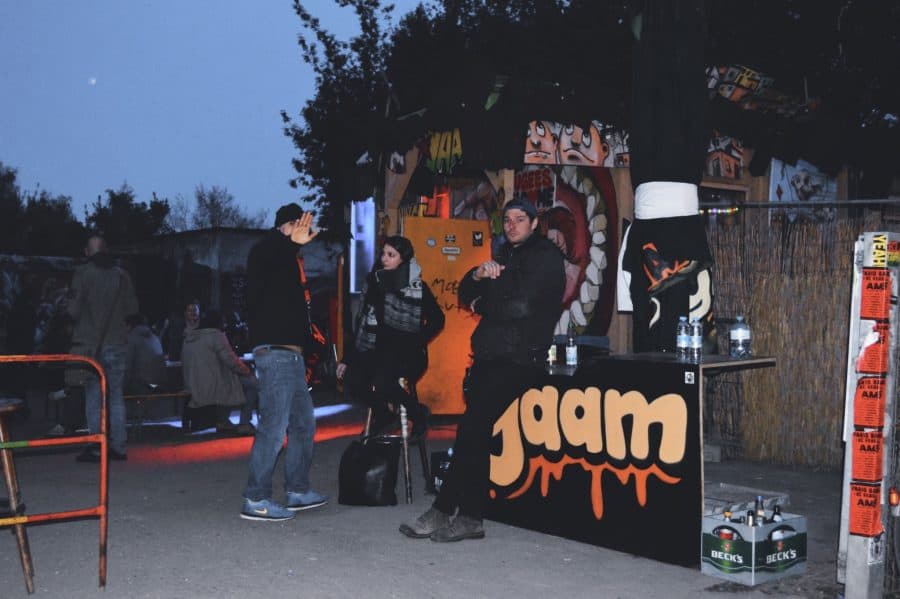 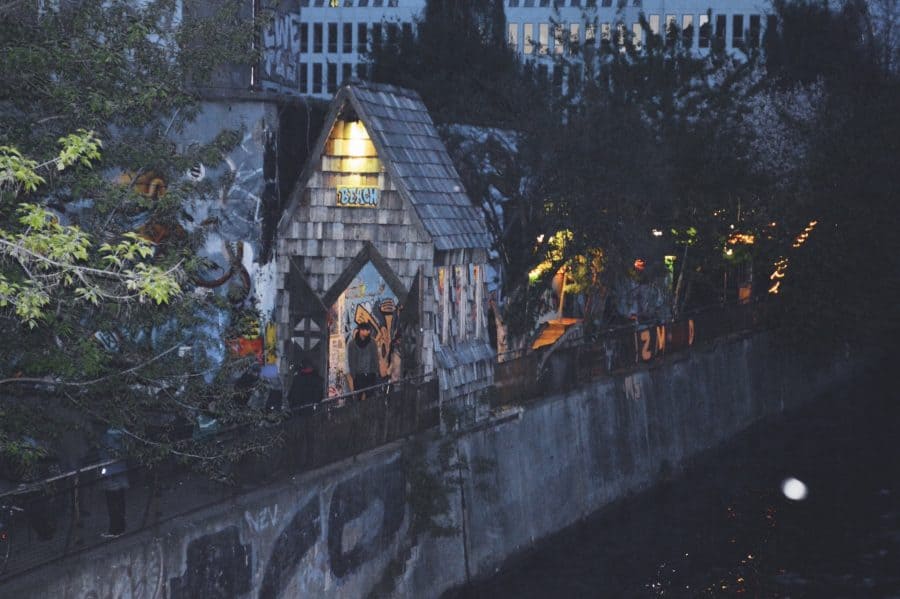 View of YAAM from the river Spree

Walking along the River Spree at night was such a beautiful and serene experience. I noticed a few bars/restaurants along the way too that I would have loved to grab a drink or meal at. Speaking of which, I know I said I’d keep this post to my first visit to Berlin, but I’ve got to mention a dessert place my friend took me to on Oderbergerstr the second time I visited called Kauf Dich Glucklich. They had delicious waffles that you could order with any ice cream flavor on top, and the vibe of the cafe was very homey and relaxing. 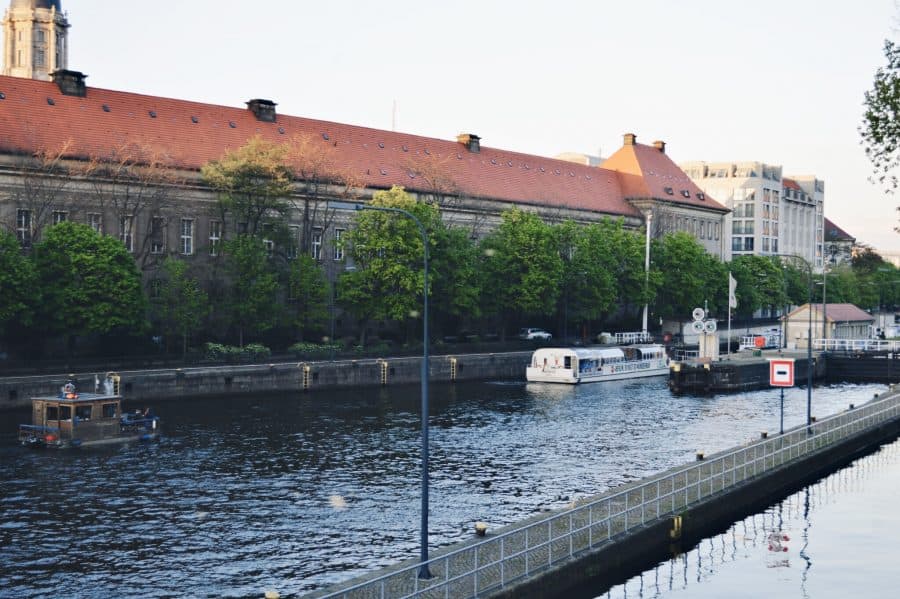 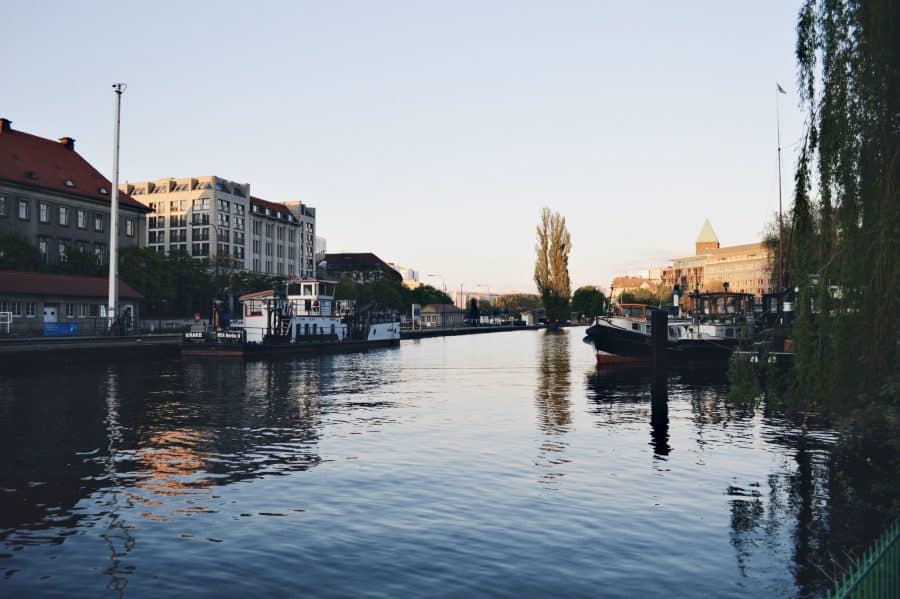 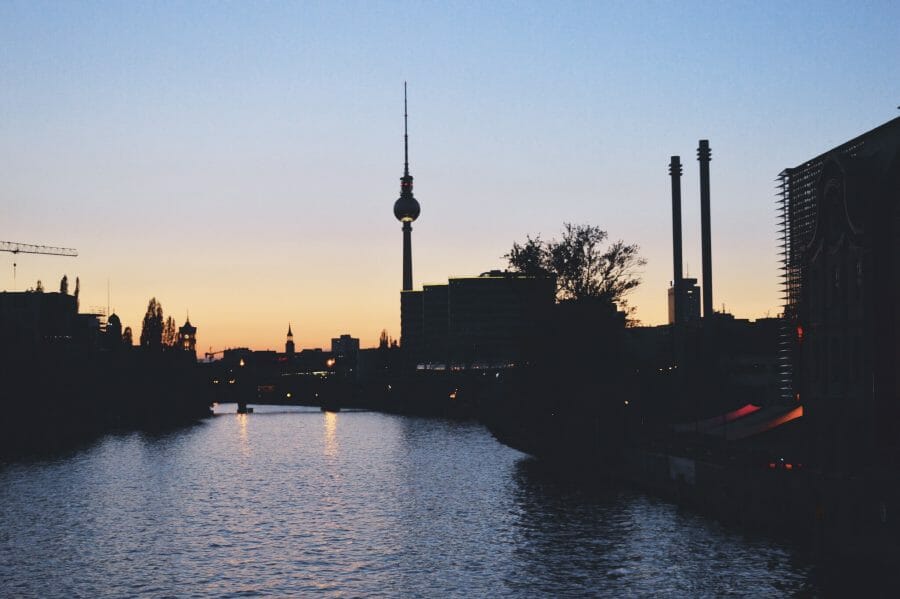 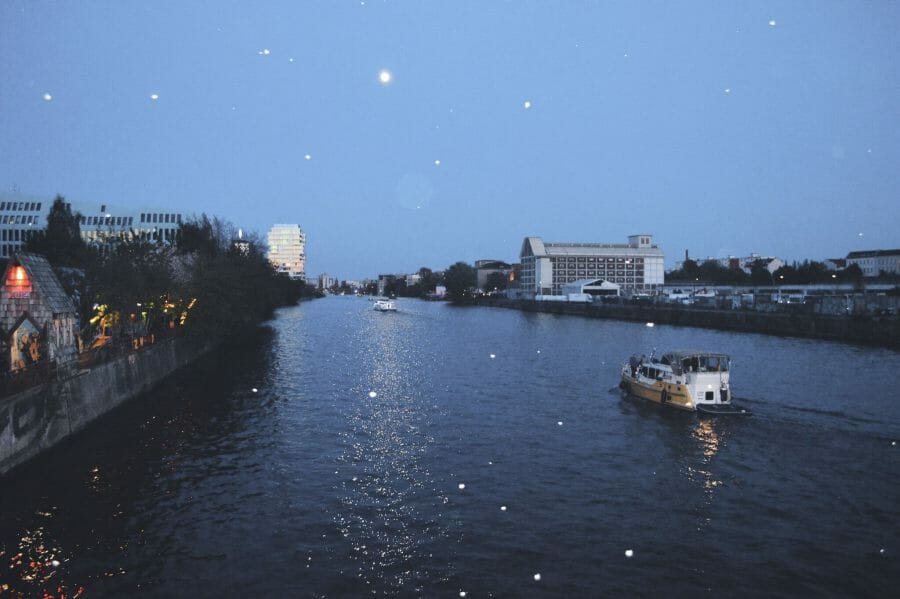