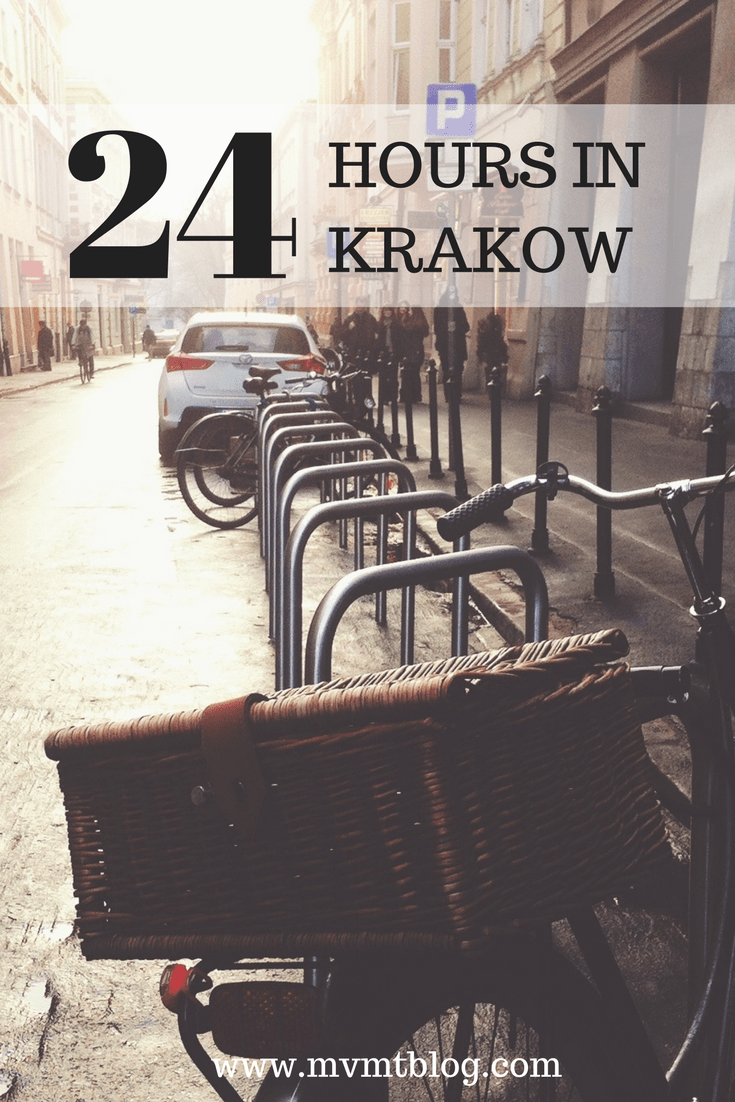 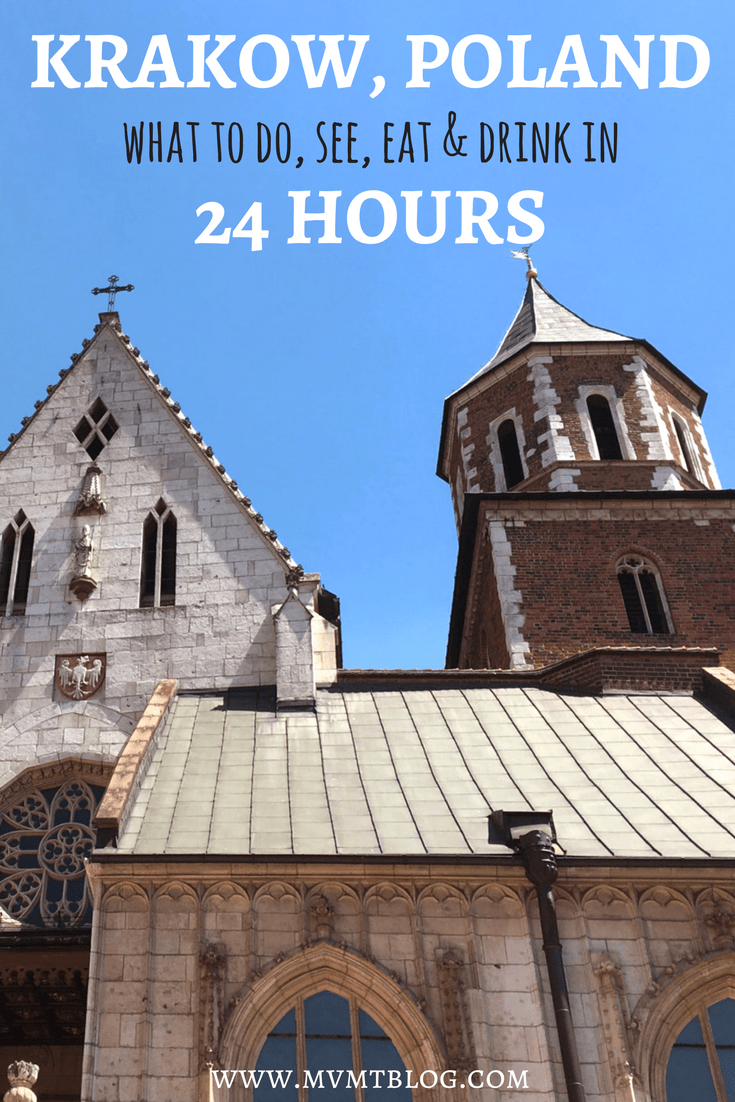 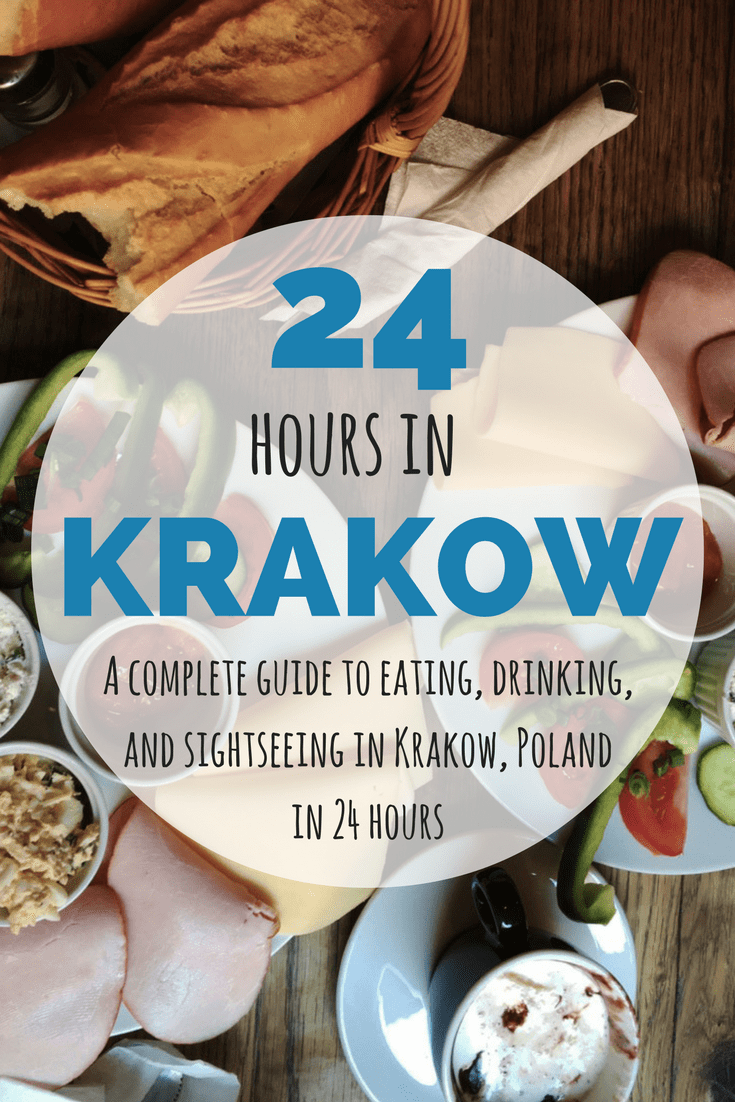 After my stops in Budapest and Vienna, the third stop on my five-countries-in-five-days trip was Krakow, Poland. We arrived at the Krakow train station at around 8 AM after an overnight train ride. First, we exchanged some of our euros for Polish currency, the Zloty. I would highly recommend doing this, as most of the Eastern European countries that I visited accept only their national currency outside of main tourist areas. We were both exhausted and hungry from the ride and decided to check into our hostel, the Goodbye Lenin Hostel, and then find breakfast.

The Goodbye Lenin Hostel was nestled in a slightly hidden alley. It is definitely not somewhere to go if you want to meet other travellers, as it had only a small room for checking in and no common lounging area. At this point in my travels, my extraverted-ness was wearing out, and so I took advantage of the budget-friendly private rooms which were around the same price as 6-person rooms in other hostels. The staff at the hostel were very friendly and willing to help with recommendations for the local area. Because it was so early, we had few options and the staff mapped us directions to one of the only open restaurants near the hostel.

We followed the map to the Dynia Resto Bar. Here, we had a refreshing, $12 Zloty (approx. $3 USD) meal of bread and honey, polish meats and cheeses, vegetables, and polish sauces. This was hands down one of my favourite meals of my entire trip, and my wallet was equally happy with it. 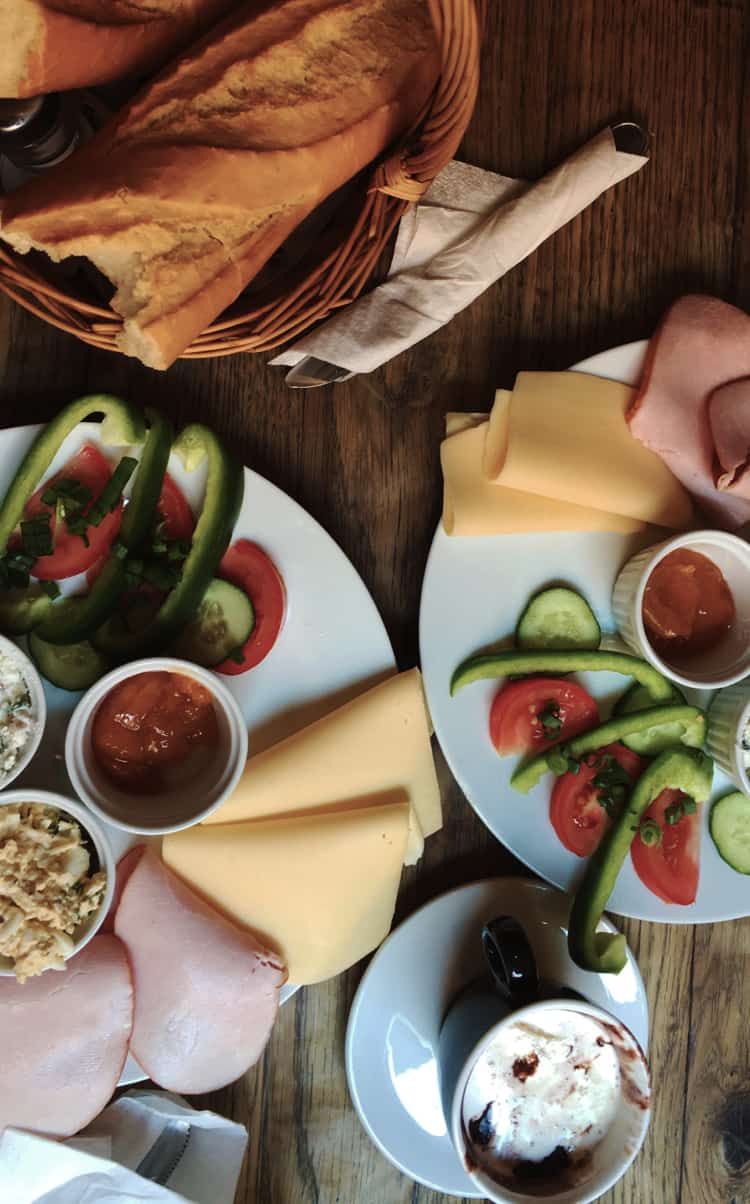 After breakfast, we made our way over to the main market square for a free walking tour of the Old Town of Krakow. Our tour guide was a former Ukrainian lawyer who left to Krakow because of the war, and wasn’t able to continue practicing his trade in Krakow. He was extremely spirited throughout the entire trip, and was constantly telling us different Polish myths and stories about landmarks that we passed by. As a fun aside, there was an abnormal amount of pigeons in the main market square, and our guide told us a Polish legend where the pigeons were knights trapped as birds after the Prince made a deal with an evil witch. Below is a photo of a model of the first layout of the main market square, and the layout is still mostly the same today. 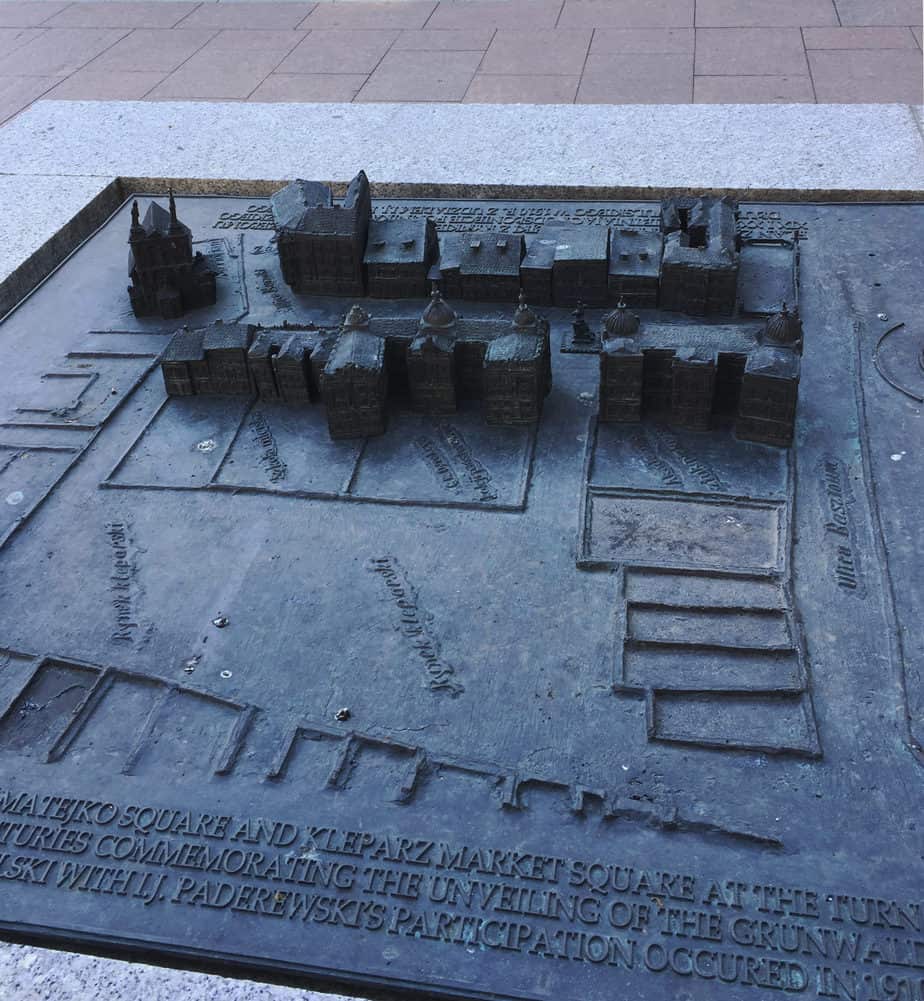 After our starting point of the main market square, we walked towards the city walls and barbican. The barbican is a medieval structure from the late 15th century that served as a fortress and gateway into the city. Stretching all along it is the city walls of Krakow, more fortifications against enemies and invaders. The city walls, after being built through the 14th century, became weaker and more immune to modern weaponry, and eventually became so shattered that they were taken down.

Next, we took a break in the courtyard of the Collegium Maius building of Jagiellonian University. Jagiellonian University, who’s name originates from the Jagiellonian dynasty of the time, is one of the oldest universities in the world and boasts former students such as Nicoulas Copernicus. The Collegium Maius was built in the 14th century, and has followed the prominent gothic trend of the 12th to 16th centuries. Inside the building, there is a museum that contains certain artifacts from the medieval period, and allows visitors to view exhibits showcasing historical university rooms. 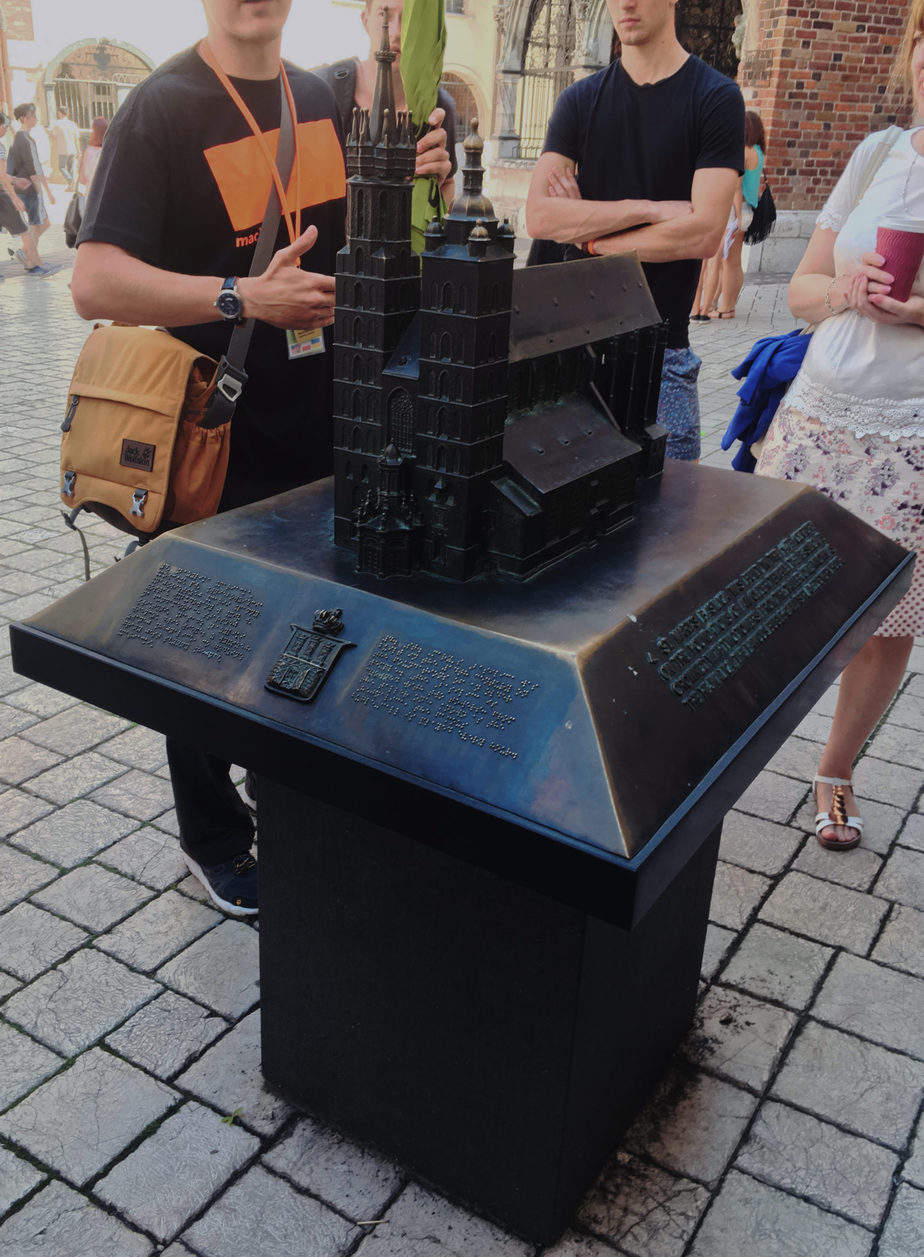 Finally, we arrived at our final destination on the walking tour: Wawel Castle. The first thing the tour guide said to us was that this was the architectural lasagna of the city. The building employed countless different styles of architecture, due to new pieces being added at different times by the royal family during the time. Visitors are able to go into the Castle and view preserved rooms and exhibits, but we were unable to because we had to stay with our tour guide. There is a cost to enter the Castle, but there are specific times when entry is free, such as on Mondays, 9:30 AM to 1 PM from April 1st to October 31st. (SIDE NOTE: As a general rule, I would recommend checking the websites of museums or other attractions to confirm that they are open (e.g. museums in Germany are all closed on Mondays) and to take advantage of any deals they may have.) Under the castle stood what locals call the Wawel dragon, a statue of a dragon said to have eaten all virgins in the town. This was another one of the many interesting Polish myths that we were enlightened with during this tour. 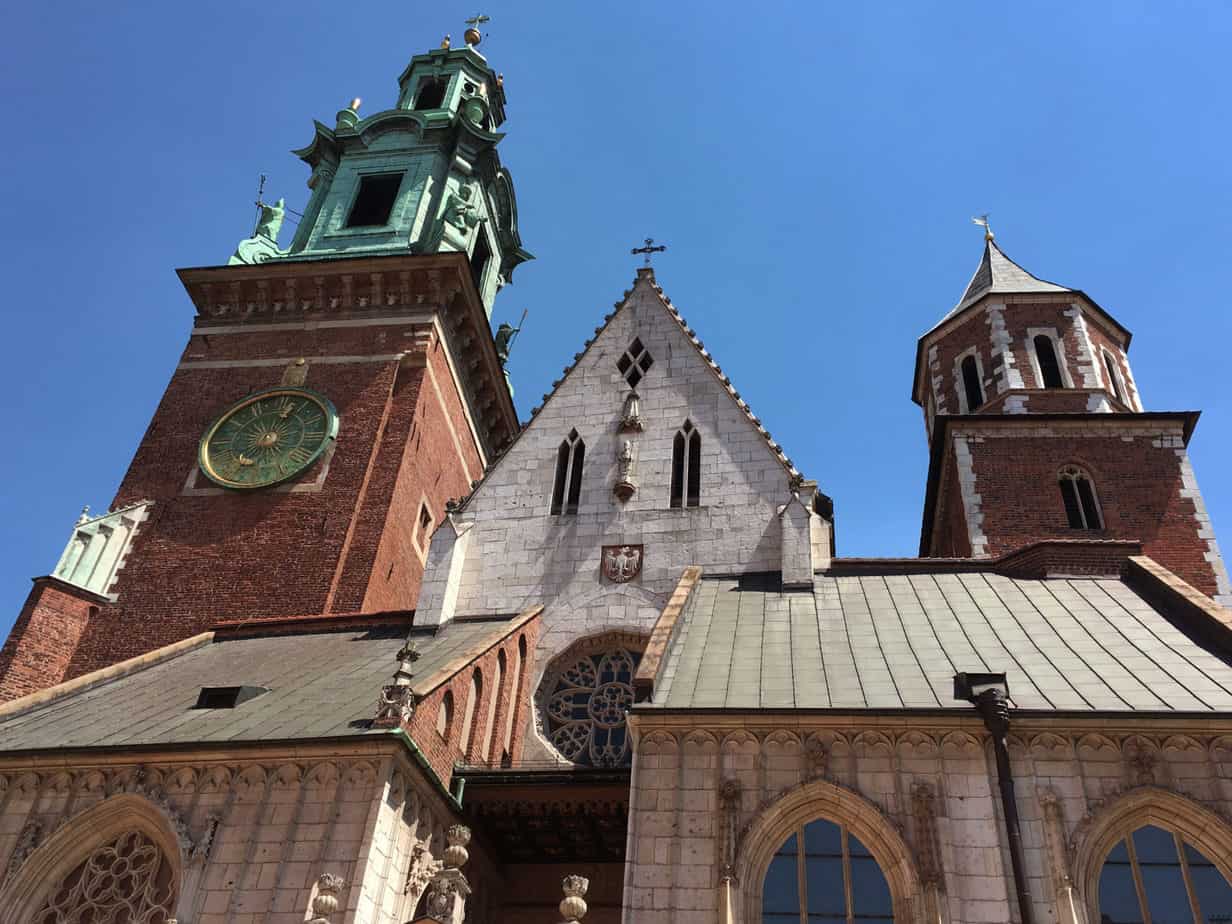 Where to Eat Pierogis

This walking tour covered a solid chunk of the city over many hours, and we did not have time to do the New City walking tour. We decided instead to walk around the city ourselves and before we knew it, it was time for dinner. We ate at Przystanek Pierogarnia, a restaurant famous for their pierogis. There were all sorts of pierogis, ranging from ones with traditional meat filling to ones with unique fruit filling. It was on the pricier side, taking into account the low price of other food options in Krakow, but the pierogis proved that the restaurant did not receive its prestige for no reason.

Where to Drink for Cheap

At night, we ventured into the Old Town again and ended up at the pijalnia wódki. This bar/restaurant embraced a communist theme, and reminded me of a landmark from the past left untouched and teleported to the future of today. They had individual shots for $4 Zloty (approx. $1 USD) each, and the flavors were very creative. Customers could order wsciekly pies, a rasberry vodka shot with tabasco sauce, or they could order a crowdpleaser such as the monte, a hazelnut flavored vodka with milk. 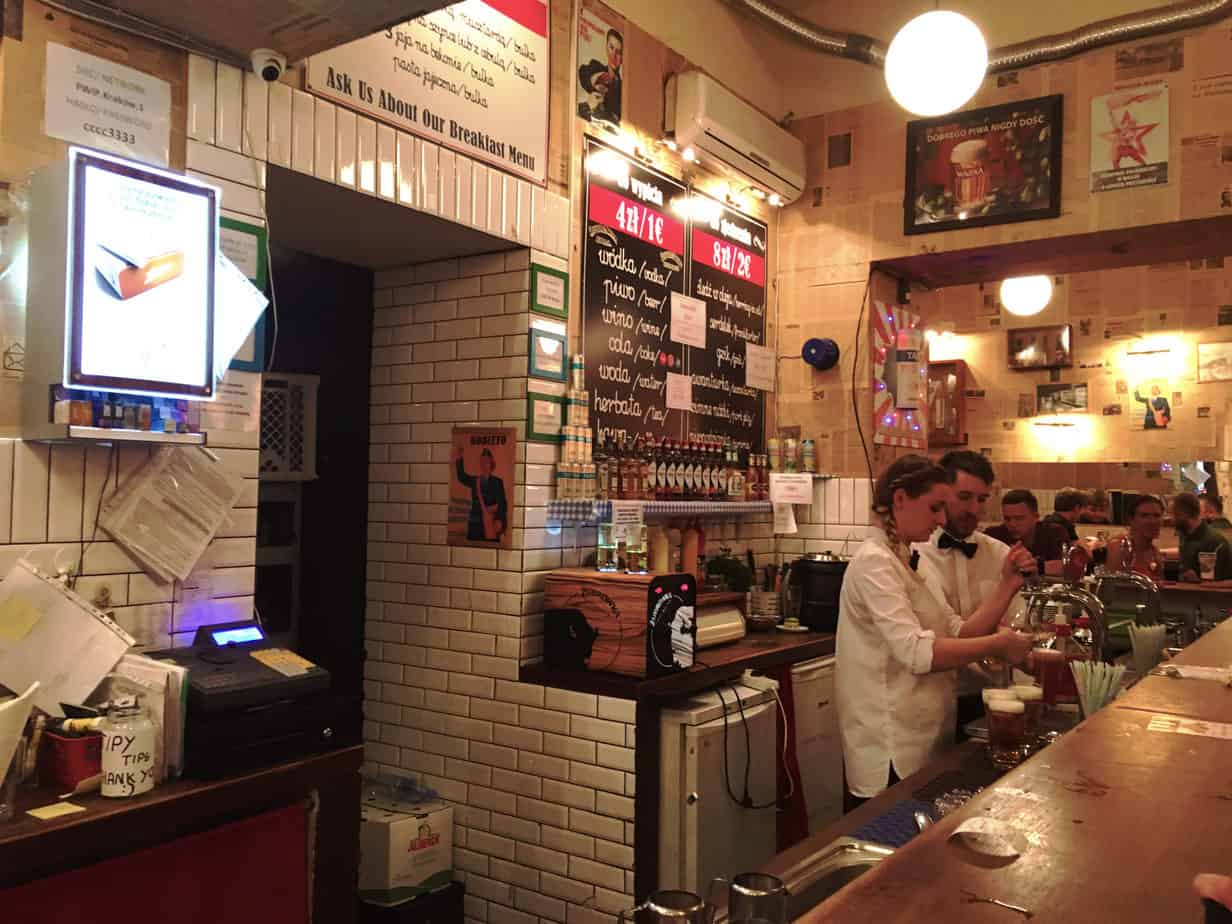 Overall, Krakow had an extremely interesting underlying personality. It is evident that the people who live here are more guarded, but also that they know how to let go and have fun because they understand that life is a gift and is very beautiful.

Looking for other trip ideas in Eastern Europe? Then you might want to check out these posts: