One of my good friends from university (Mackenzie) moved to Oslo to pursue her masters degree after she graduated university and has been living there for the last two years or so. My sister and I had the opportunity to meet up with her while we were in Oslo, and she kindly offered to be our tour guide and take us around the city for an entire day. Although we only had 24 hours in Oslo, we were able to see much of the city and get a good feel for the people and culture there. And while it was not my favorite Scandinavian capital city (Stockholm, you have my heart), I enjoyed visiting the diverse array of neighborhoods and enjoying the abundance of nature we found in the middle of a capital city. 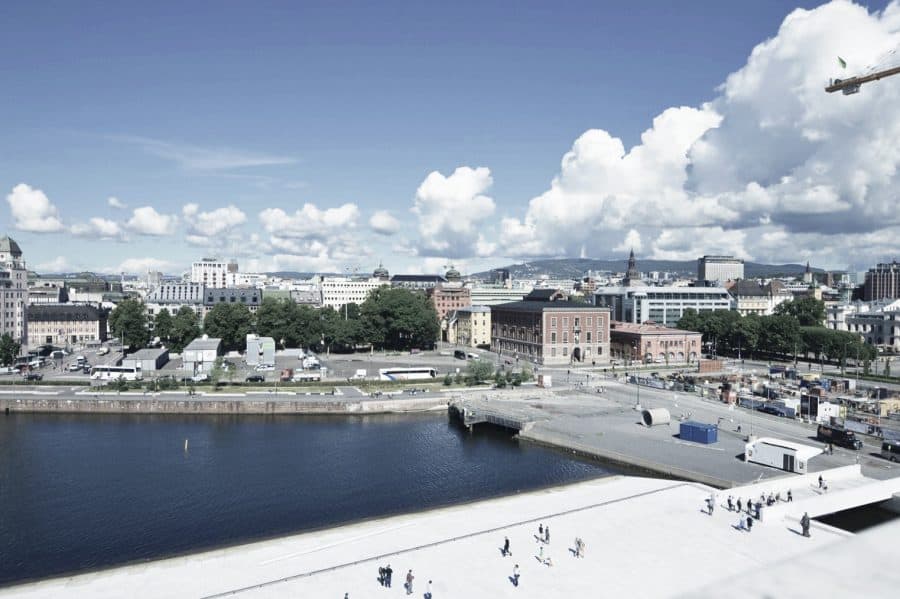 View of Oslo from the top of the Opera House

We started off our 24 hours in Oslo by arriving from Bergen via Bergen Rail at around 7:00pm (this also happened to be the night of the France vs. Iceland quarterfinal game of the Eurocup). We had previously explore Western Norway, which you can read about here. We dropped our bags off at our Airbnb in Tøyen and headed out to Lekter’n, a bar/restaurant situated on the water in Aker Brygge to have dinner and watch the game.

This is a small side note, but I mention it because we ran into this issue several times during our short time there and it seemed rather unusual to us. As we approached Lekter’n, we were asked to show our IDs to verify our age. Granted, we both look young, but I have been to 18 European countries, and my sister has been to 10, and neither of us has ever been carded – not even once. Unfortunately my sister forgot to bring her ID with her, as she had been traveling in Europe for the last couple of months and had become accustomed to walking into bars without having to show an ID, but she remembered that she had taken a photo of her ID with her phone, so she showed the photo to the hostess. The hostess then called a manager over to verify that we could enter the bar, and finally the manager let us in but asked my sister to refrain from drinking, even though she is of drinking age (18 in Norway). As Americans, one of the things we both love about Europe is how relaxed Europeans generally are with drinking, whereas Americans have a higher drinking age and are very strict about enforcing it, so we were quite put off by this exchange. 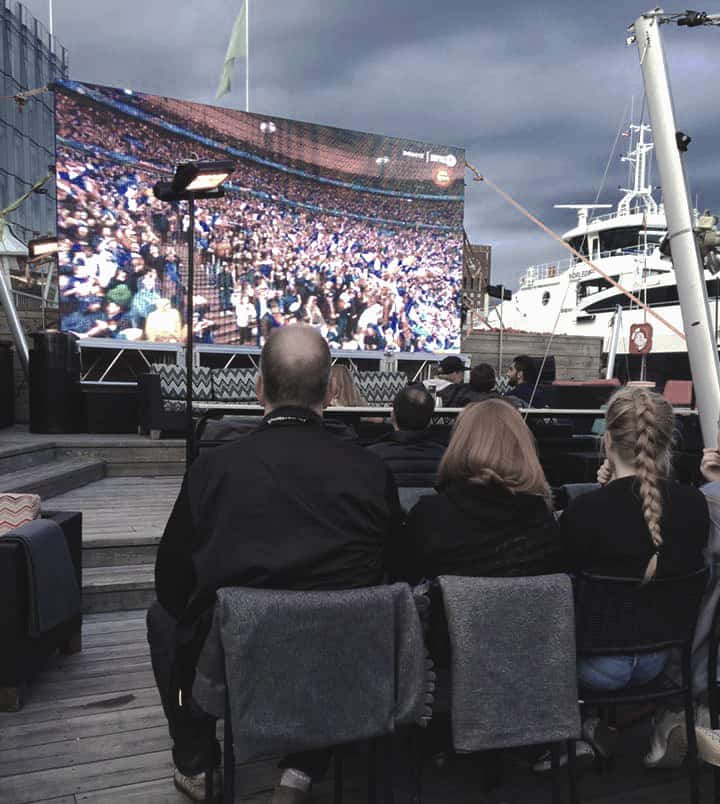 Watching the France vs. Iceland football match at Lekter’n

To make matters worse, after we quickly ate our dinner and left Lekter’n, we walked over to Kontraskjæret, a big open park next to the Akershus Fortress where football (soccer) games are shown, and we were forbidden from even entering the park because my sister did not have her ID on her. I think we were both looking for a much more relaxed vibe than what we found, and that left a bad taste in our mouths at the start of our 24 hours in Oslo. Anyway, lesson learned, and just remember that if you visit Oslo, make sure to carry your ID with you everywhere if you plan to visit any bars or events with alcohol.

Luckily, our 24 hours in Oslo went uphill from there. The next morning, we met up with Mackenzie at Central Station, and she took us to visit the Opera house, which is an incredible work of art. We walked up to the top of the Opera house and got a great view of the city. 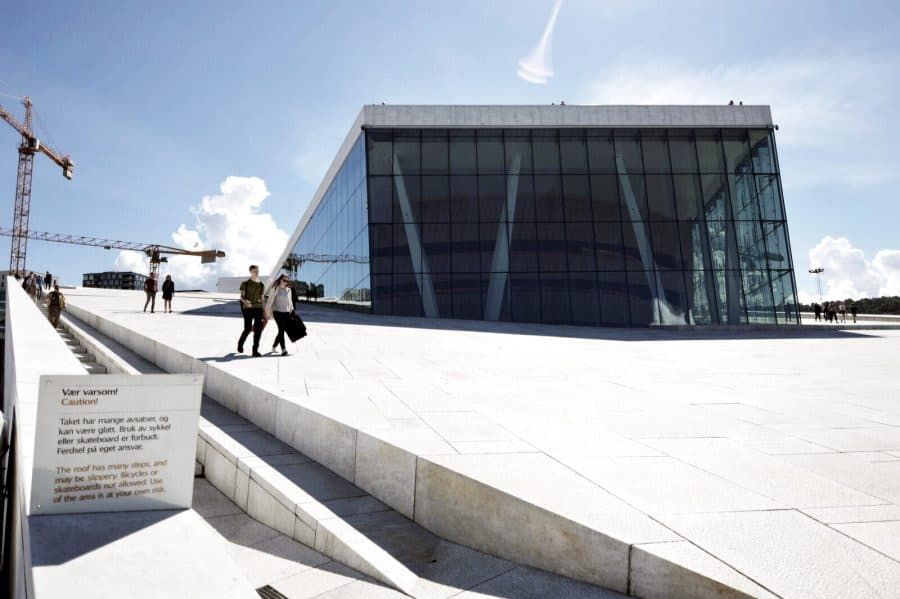 Afterwards, we hopped onto a ferry, which took us around the Oslofjord. The ferry ride was free, as we had a 24 hour T-bane (subway) pass. We did not get off at any of the stops but simply rode around a full circle, just to get a view of the islands and enjoy a relaxing boat ride on a beautiful day. I would highly recommend doing this, as it’s free, relaxing, and a great way to see some of the islands in the Oslofjord. 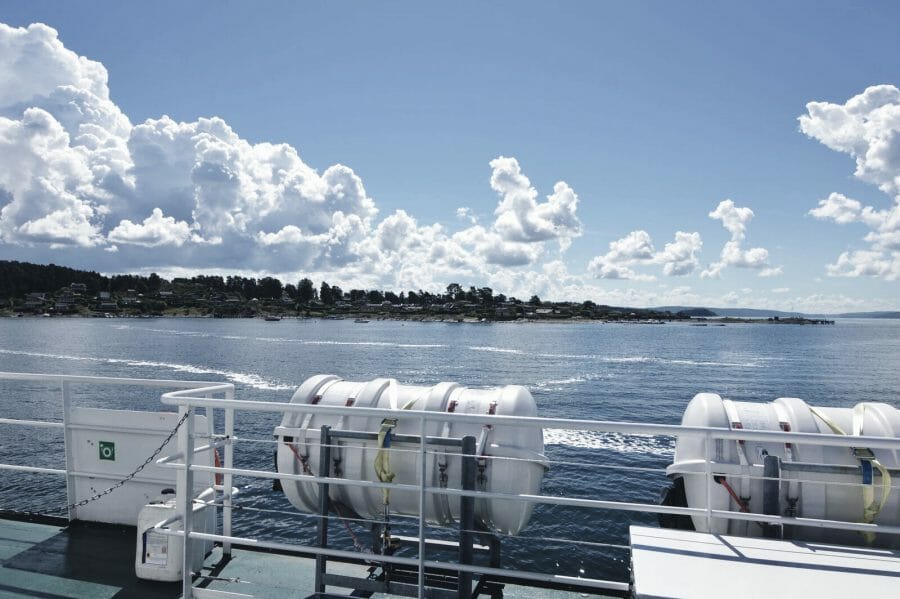 View of the Oslofjord and surrounding islands from the ferry

Next up we headed over to the Frogner neighborhood on the west end of Oslo and walked over to the Vigeland Sculpture Park, which features over 200 sculptures of people, all made by a single artist, Gustav Vigeland. Both sides of the walkway were lined with sculptures, and at the center of the park was a monolith, a tall statue with sculptures of people wrapped around it. The sculpture park is located within a larger park, and there was a gift shop and restaurant located within the park as well.

After our stroll around the park, we felt like we needed an afternoon pick-me-up, so Mackenzie took us to a famous Norwegian coffee shop, Tim Wendelboe, in the Grünerløkka neighborhood. Even if you only have 24 hours in Oslo, you have to check out Grünerløkka. Grünerløkka is a trendy, hip neighborhood on the west side of Oslo with lots of interesting restaurants, cafes, and bars. There is also a river that runs through the neighborhood, and we saw some interesting art pieces floating in the river. This was by far my favorite part of Oslo, as it had more of its own personality, and I thought it would be quite tranquil to sit and relax along the river. 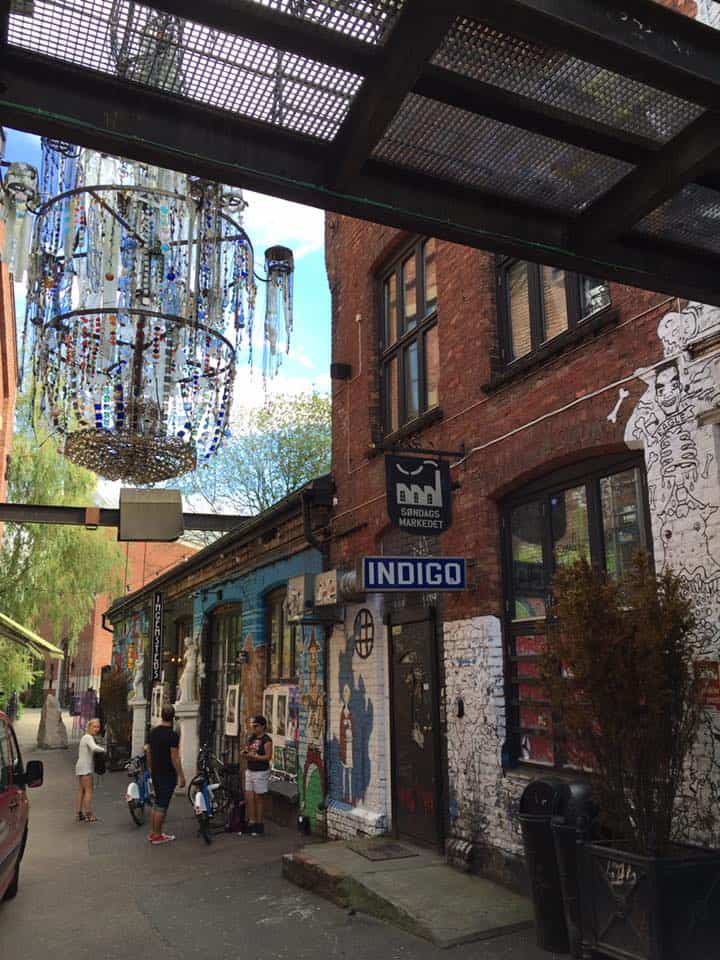 Grunerlokka – with the wildest looking chandelier I have ever seen

The least impressive sight we saw during our 24 hours in Oslo would have to be the Royal Palace, where the King and Queen reside. The building was nice, but you would just expect something more for a palace where royalty reside.

Mackenzie also told us about some hiking trails in the city and just outside of it, as well as skiing in the city in the winter. I definitely appreciate the vast amount of nature we saw inside Oslo city limits, which is pretty rare for a big city.

Overall, my sister and I enjoyed our 24 hours in Oslo, but we both agreed that we enjoyed the more relaxed attitude of western Norway more. A big part of visiting a foreign country for us is getting to know the culture, customs, and attitudes of the people who live there. As we are both very casual people, we felt that the people in Oslo were a bit too formal for our tastes and for what we had become accustomed to in Europe, but everyone was very polite and professional in how they interacted with us, and we had a great time seeing this beautiful city.

Have a bit more time in Oslo? Check out our post on what to do if you have a weekend in Oslo.