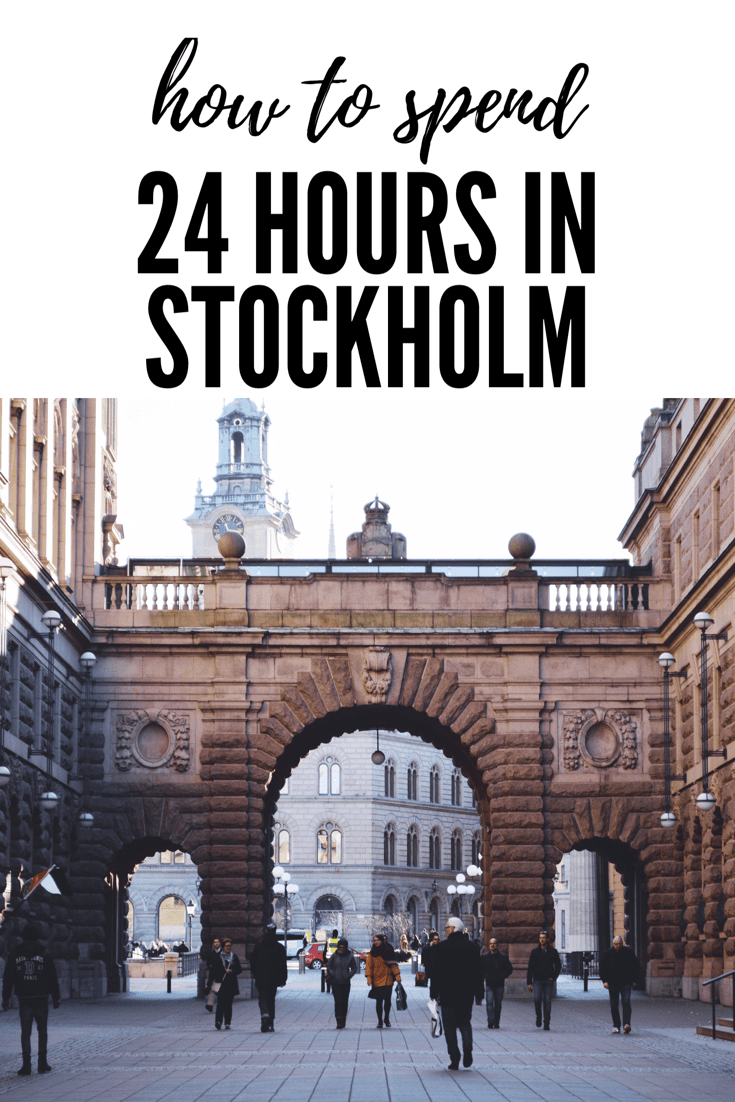 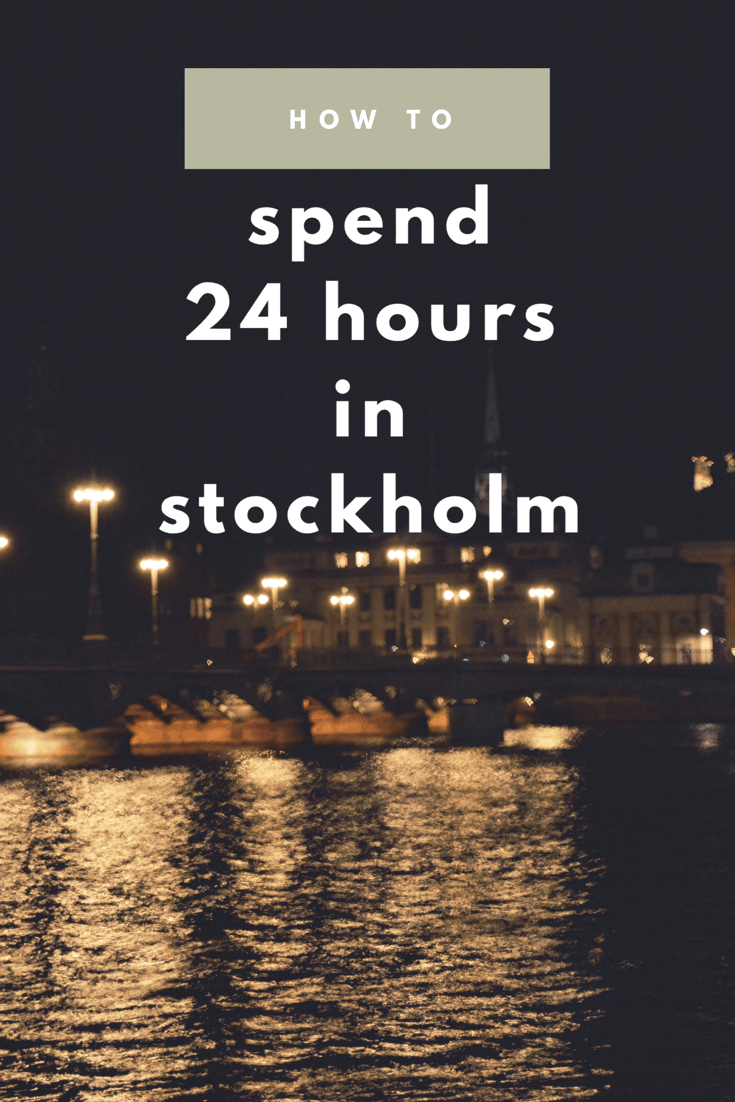 After visiting Helsinki, I was off to Stockholm, a city I was very excited to explore. I am a big fan of Swedish design and Swedish musicians, including Peter Bjorn & John, First Aid Kit, Icona Pop, Robyn, and Tove Lo, and I really hoped to be as big a fan of the city as I was of the people who came out of it. Stockholm did not disappoint and is now one of my favorite cities in the world. Even with only 24 hours in Stockholm, there is a lot you can do and see to get a feel for the vibe of the city.

I arrived in Stockholm in the evening and went straight to my hostel, which was conveniently located a mere 5 minute walk from the central train station, to drop off my backpack. As it was already getting late, I consulted with the hostel staff about any sights I could still see that night. The staff recommended that I visit Fotografiska, a photography museum that’s open late daily. Although it was a bit of a trek from my hostel to Fotografiska, I did not regret my decision as it allowed me to see some of the major sights under the lights. I also walked past a hostel boat called The Red Boat Mälaren, that I thought would be fun to stay on. 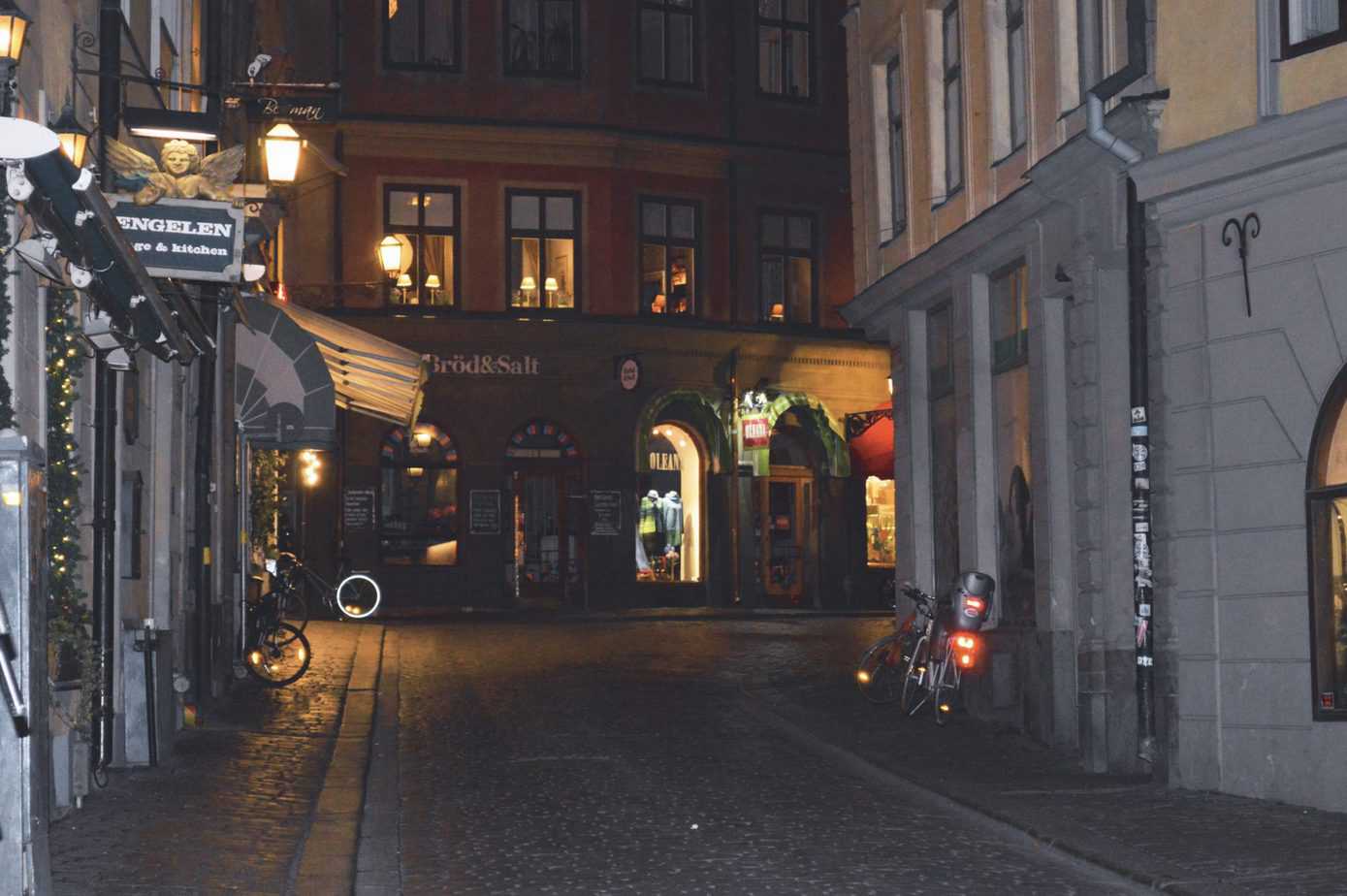 Fotografiska was a beautifully designed and well organized museum, with interesting exhibits around every corner. The most notable exhibits for me were an exhibit on twins, an exhibit featuring close up photos of famous people’s faces, and an exhibit featuring Syrian children who had been removed from their homes as a result of the bombings. The last exhibit was by far the most solemn, but it was also very moving and inspirational. I thought it was a great way to bring awareness to the severe impact that the bombings have had on civilians. 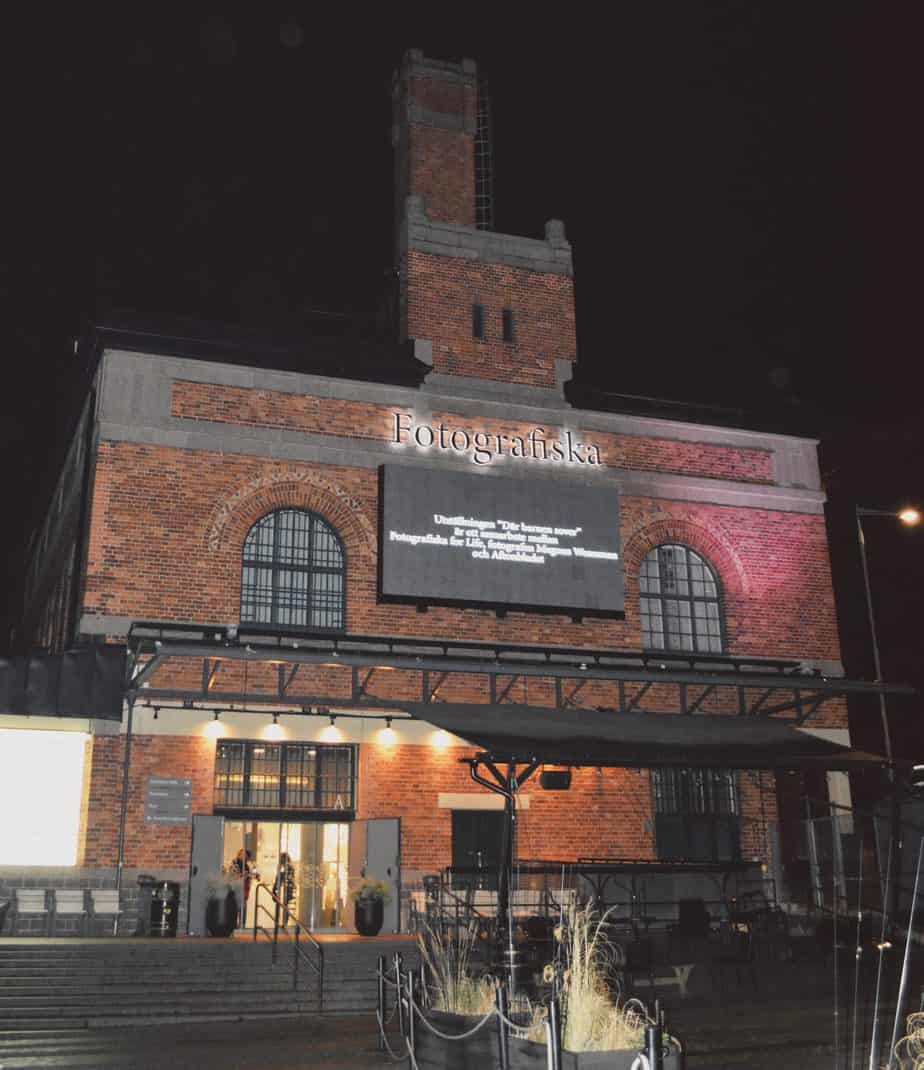 Speaking of Syrian refugees, I was surprised to see a number of refugees on the streets of Stockholm, which I did not notice in any of the other Scandinavian capital cities I visited. Many of the refugees slept outside under bridges or building awnings. Others protested peacefully in the streets. While it’s admirable that the Swedish government has allowed so many refugees into the country, it is worthwhile to consider whether the government has enough resources to provide these refugees with basic necessities, such as housing, food, and a job, and whether the answer to that question has any ethical implications on whether the Swedish government should continue to allow refugees into the country. 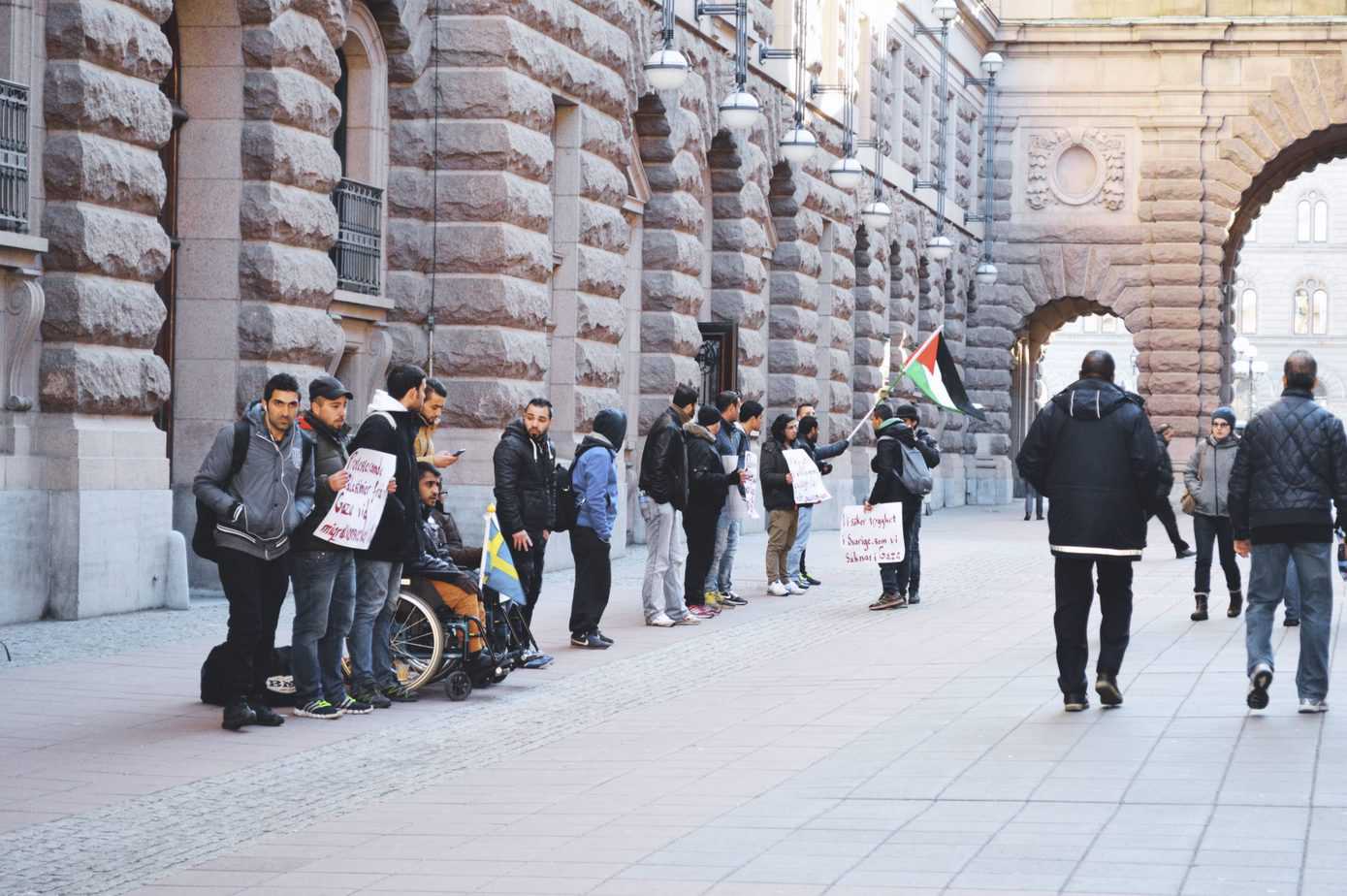 As you can see from the photo above, there is an archway on the right that several people are walking toward. This archway leads to Gamla Stan, or Old Town. 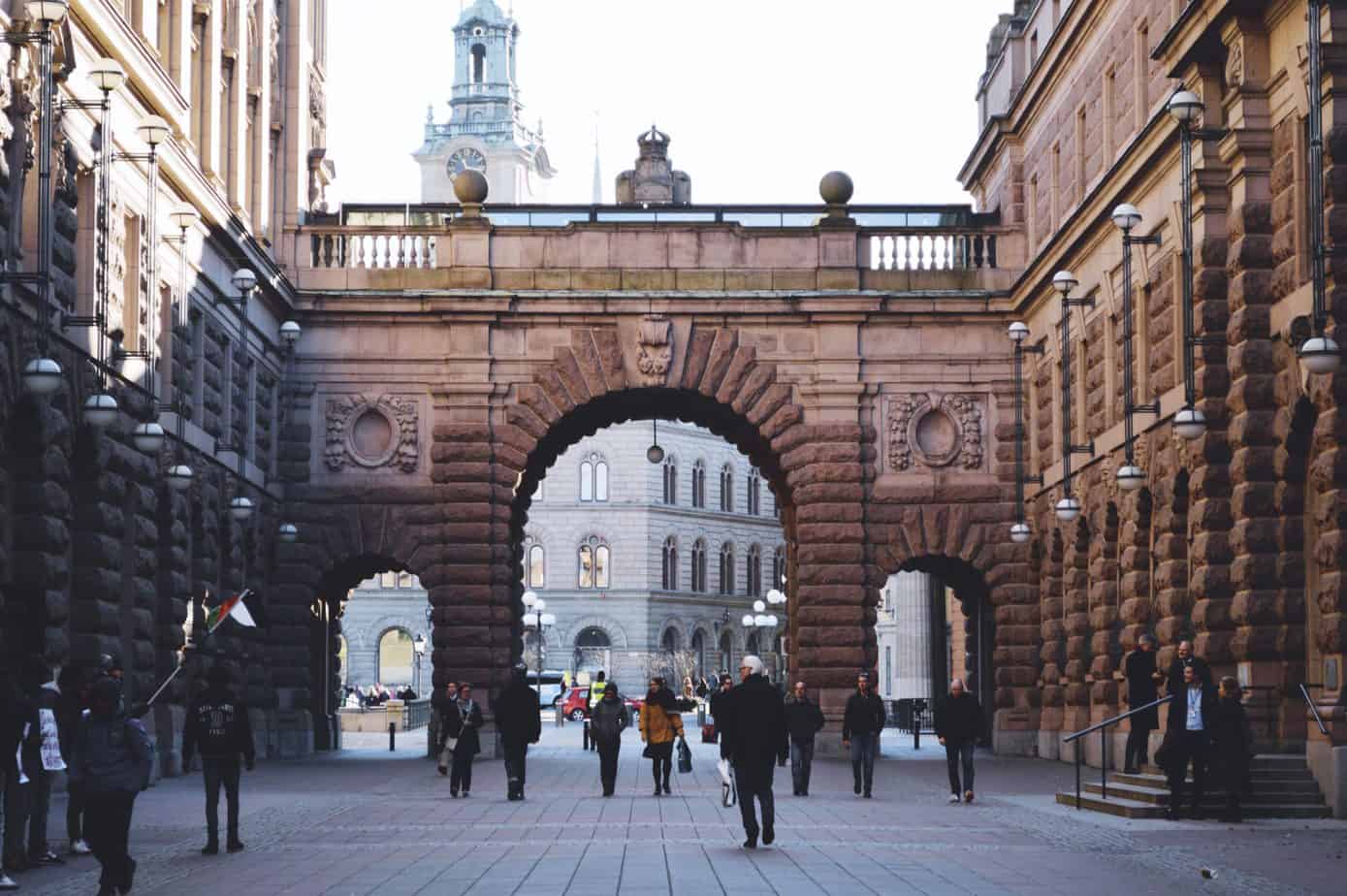 Gamla Stan is probably one of the most beautiful and well preserved city centers in Europe. In fact, Gamla Stan is where Stockholm was founded in 1252. Today, the narrow, cobblestone streets of Stockholm are lined with restaurants, cafes, bars, and shops. Tourists and locals alike wander the streets in search of a hearty meal or local products. I found a quaint little cafe in Gamla Stan and ordered a local Swedish dish called laxpudding (salmon pudding), which consisted of layers of salmon and potato coated with butter and herbs. I had never eaten anything like it before and thoroughly enjoyed it. 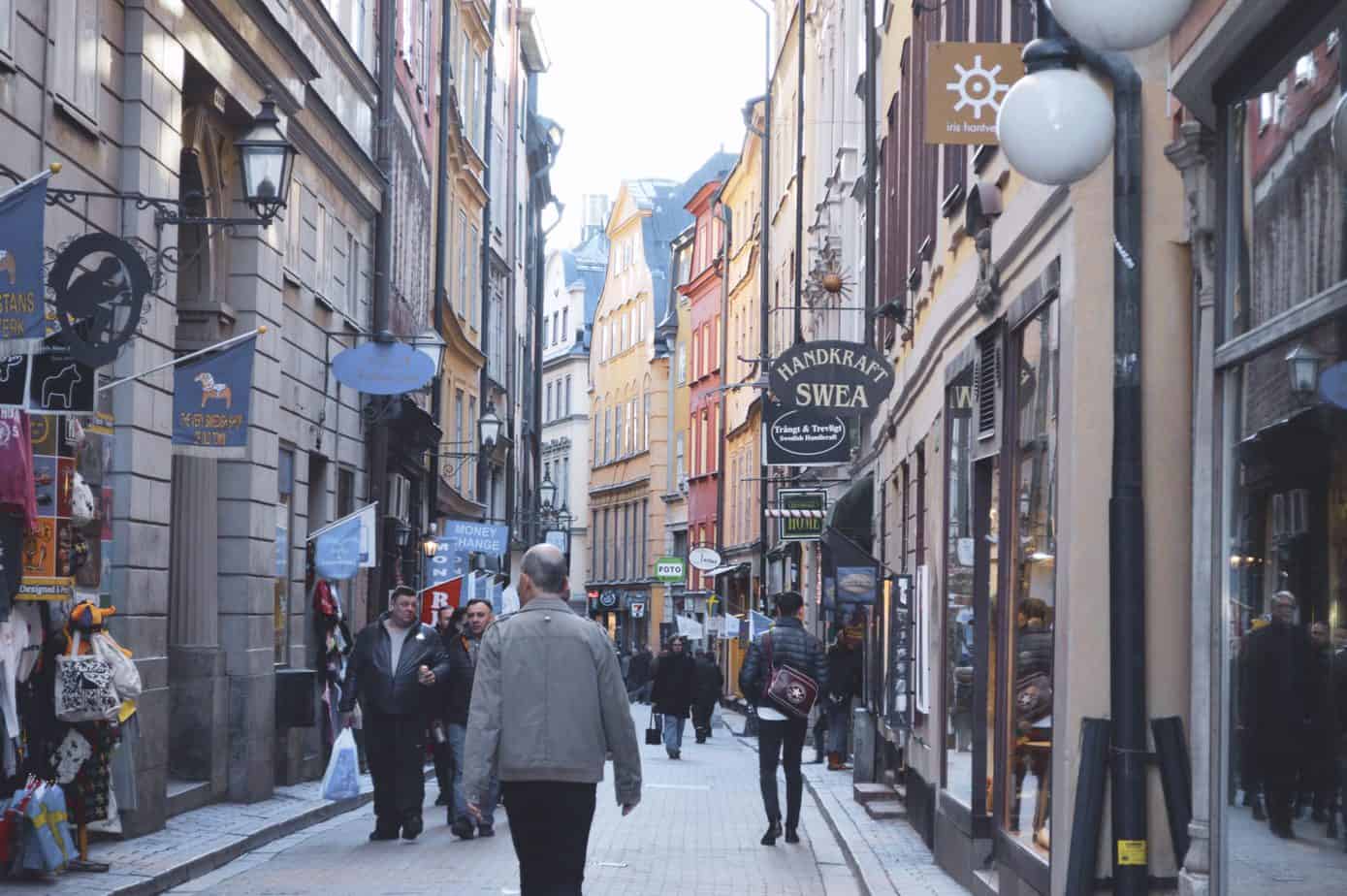 While I was walking around Gamla Stan, I also stumbled upon an old prison that had since been turned into a restaurant/cafe called Cafe Sten Sture. A heavy metal door led into underground chambers where prisoners were kept. The inside of the chambers had a medieval ambience brought about by the dim lighting, exposed stone walls, low ceilings, and military decorations. I ordered the Swedish meatballs, which came with a jam compote and mashed potatoes. The food was tasty but unspectacular. I would, however, recommend this restaurant simply for its atmosphere.

Strolling around Gamla Stan some more, I came across the Royal Palace. This is where the King and Queen reside and work. It is also the site of most of the monarchy’s receptions. There are seven floors in the palace and over 600 rooms, and in addition to the royal residences, the palace also houses three museums: the Treasury, the Tre Kronor Museum, and Gustav III’s Museum of Antiquities. As I was short on time, I did not go inside the palace, but there is a cultural-historical monument open year round to visitors. 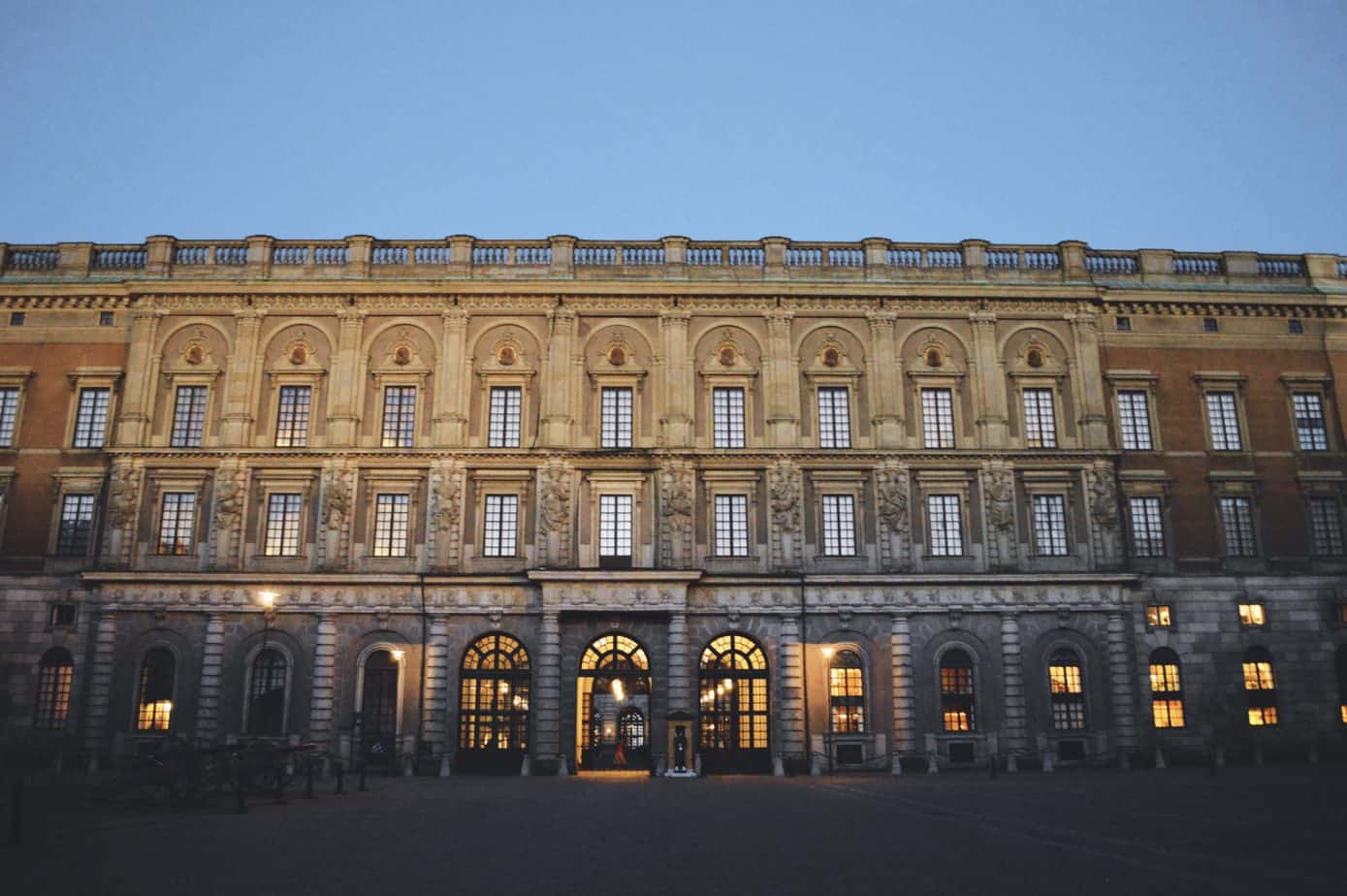 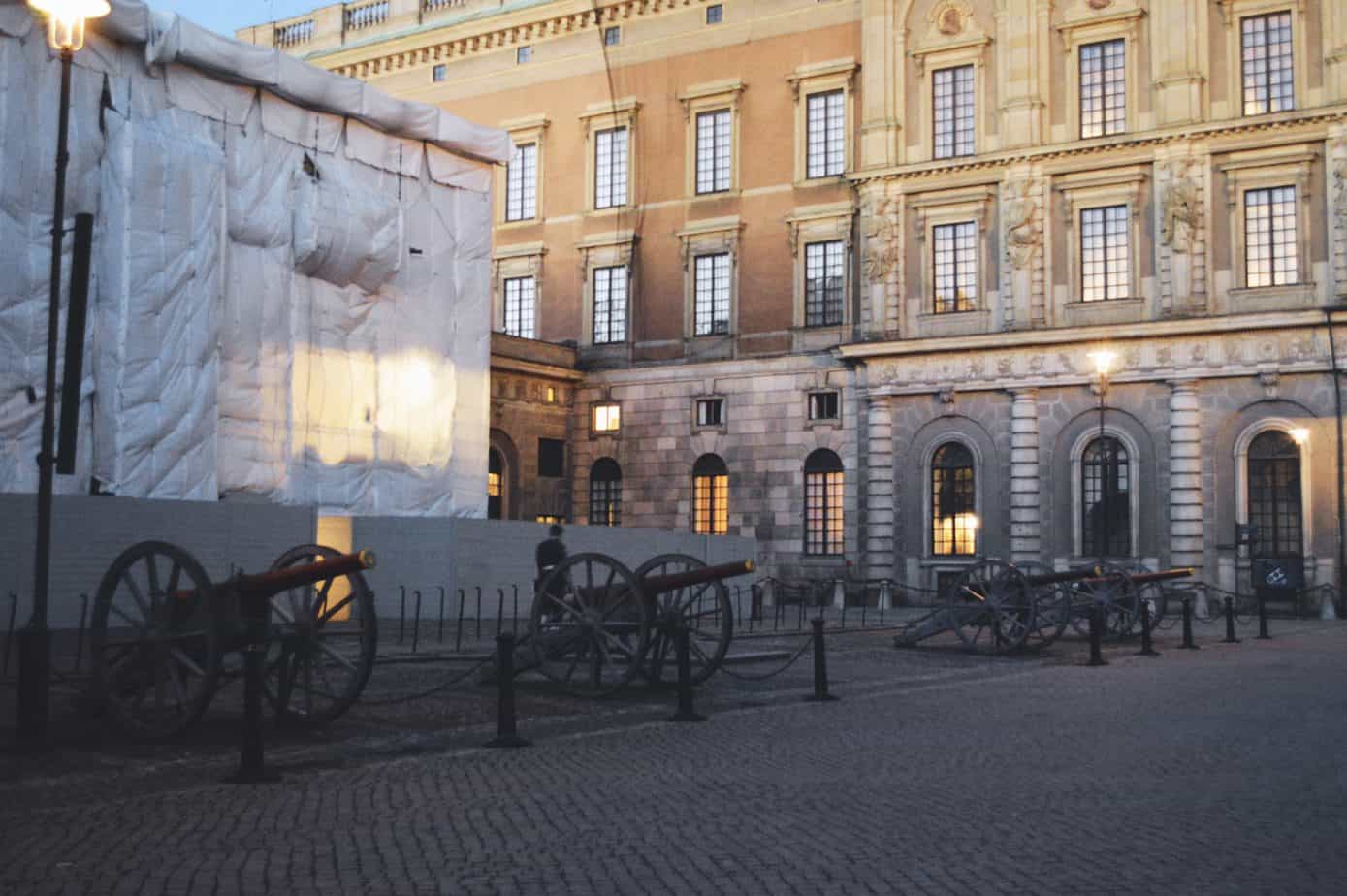 After my grand tour of Gamla Stan, I walked to Monteliusvagen, a quarter mile (500 meter) long uphill walking path that leads to the best viewing point of the city. If you walk toward Monteliusvagen from Gamla Stan, you’ll walk through a district with beautiful old houses, steep hills, and cobble stone streets. 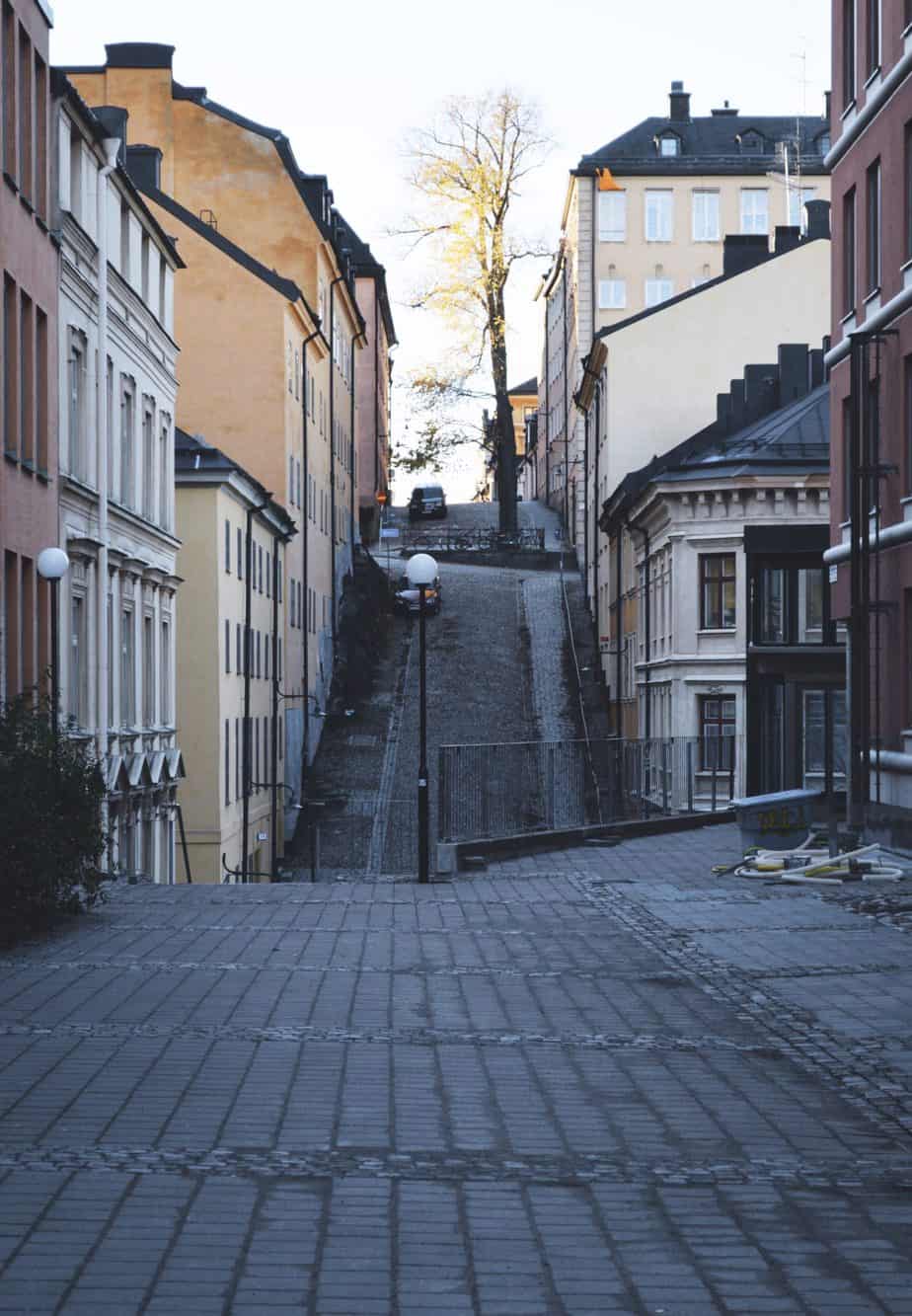 Once you get past this neighborhood, you’ll come across the trail that leads to the viewing point. It’s a nice short hike, but in the winter it can be slippery, so make sure you hold on to the railings as you make your ascent to the top. 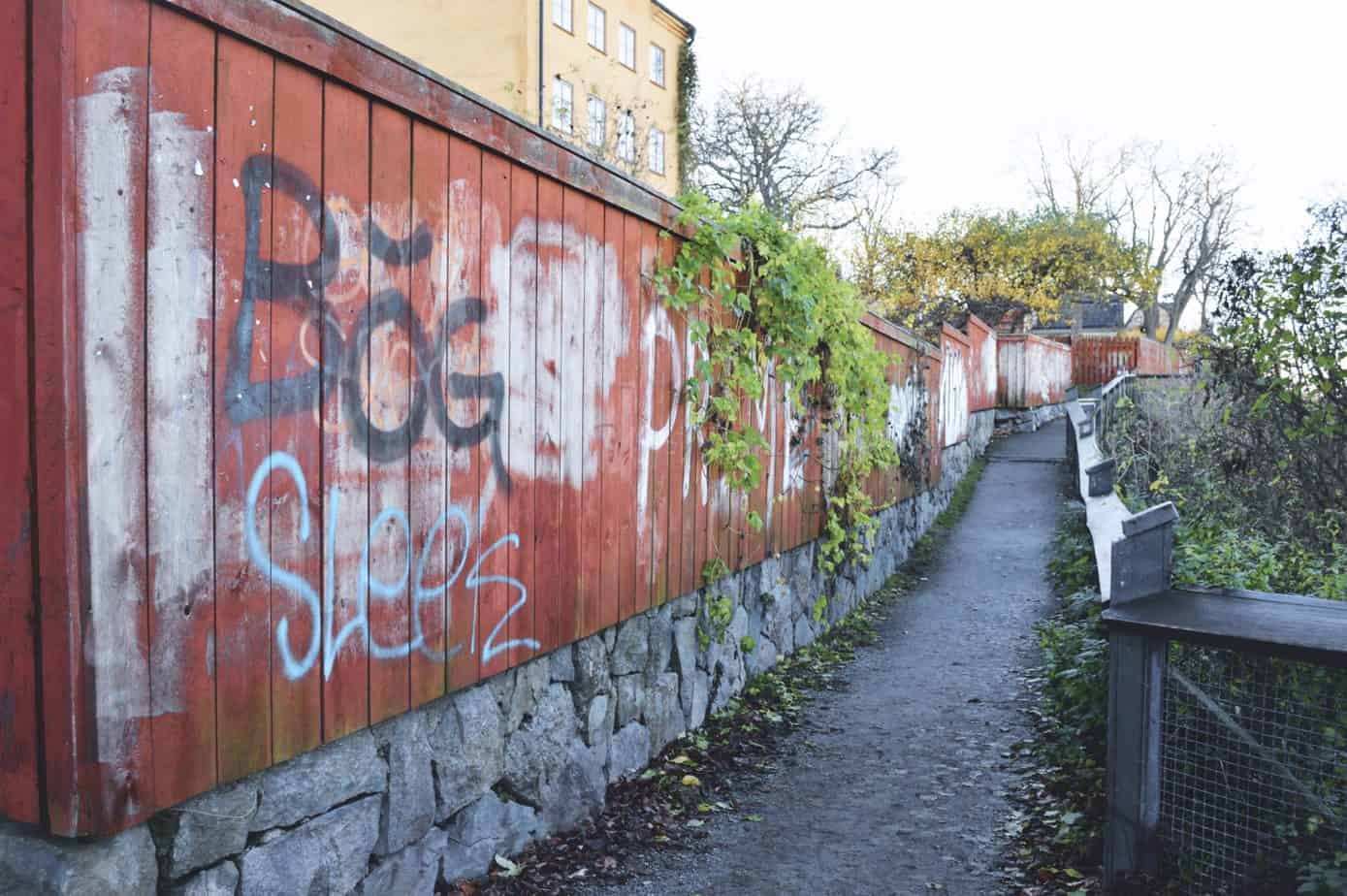 At the top of the trail is a flat area with large stones where you can have a rest, read a book, have a picnic, or just sit and take in the views. As I was on a tight schedule, I didn’t spend too much time up there, but I could definitely see myself spending a few hours there with a coffee and a friend and enjoying a nice afternoon surrounded by the beauty of Stockholm.

From this point, you can get a great panoramic view of the city. My favorite view, pictured below, is actually best seen at a point on the trail just before you reach the top. As you’re walking up, you’ll see the view on your right the entire way, so there are plenty of opportunities for you to capture some scenic shots. 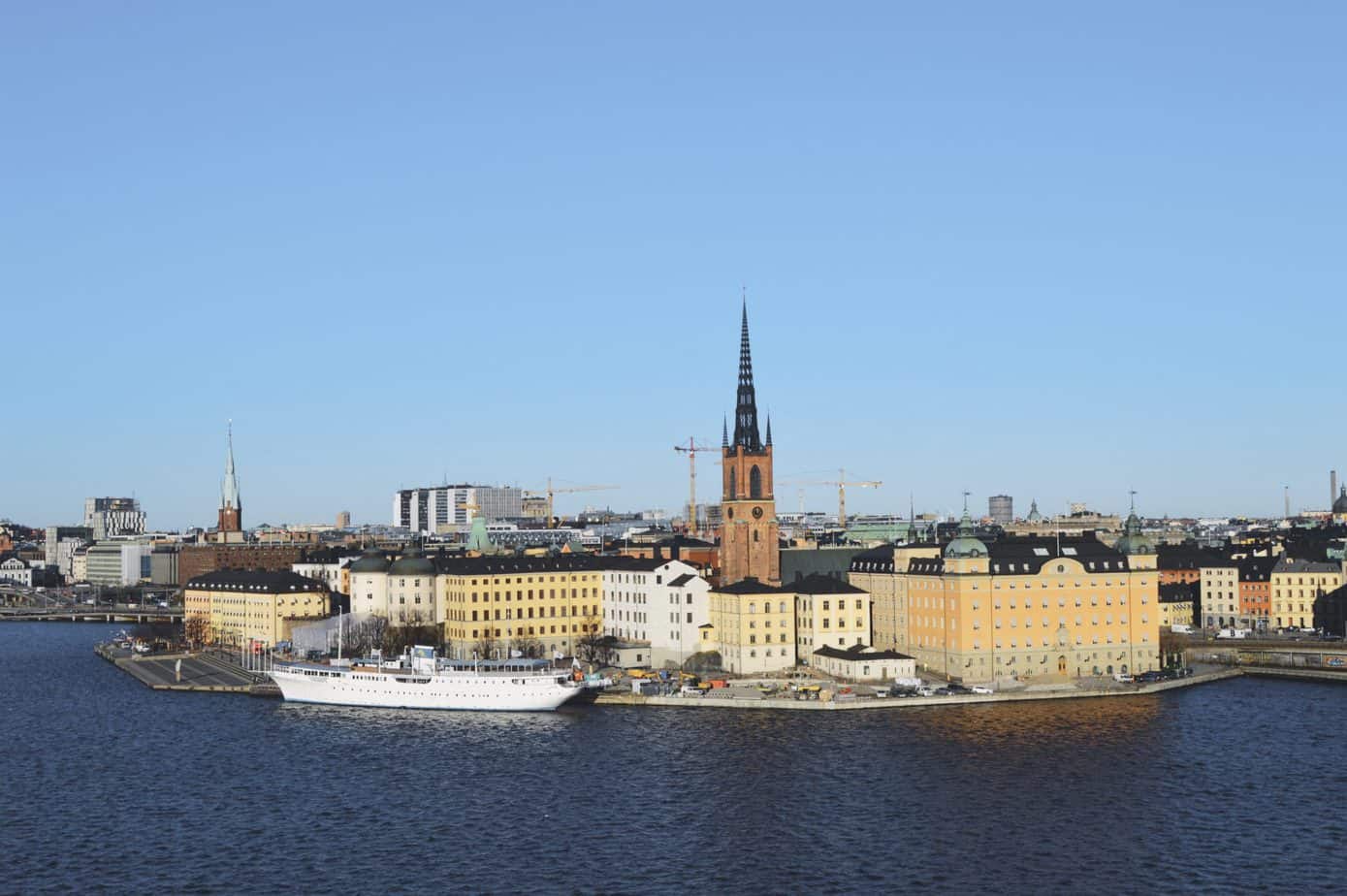 After taking a quick rest at the top of Monteliusvagen, I walked down the winding cobblestone streets to the Södermalm (Söder for short) neighborhood. Söder is known as the cool, hip neighborhood and is home to hoards of independent coffee shops, restaurants, and bars. While Stockholm in general is known for its excellent design and architecture, the architecture and design of Söder in particular, with its 16th century architecture and scenic views, is one of a kind.

Finally, I visited the Vasa Museum, which I’d heard mentioned and hailed at least 10 times in the short 24 hours I was in Stockholm. The Vasa Museum is a maritime museum that features Vasa, a ship that capsized and sank in Stockholm in 1628. Vasa then remained in the seabed for 333 years before it was salvaged and placed into this museum. Today, Vasa is the only preserved 17th century ship in the world, and the Vasa Museum is the most visited museum in Scandinavia. 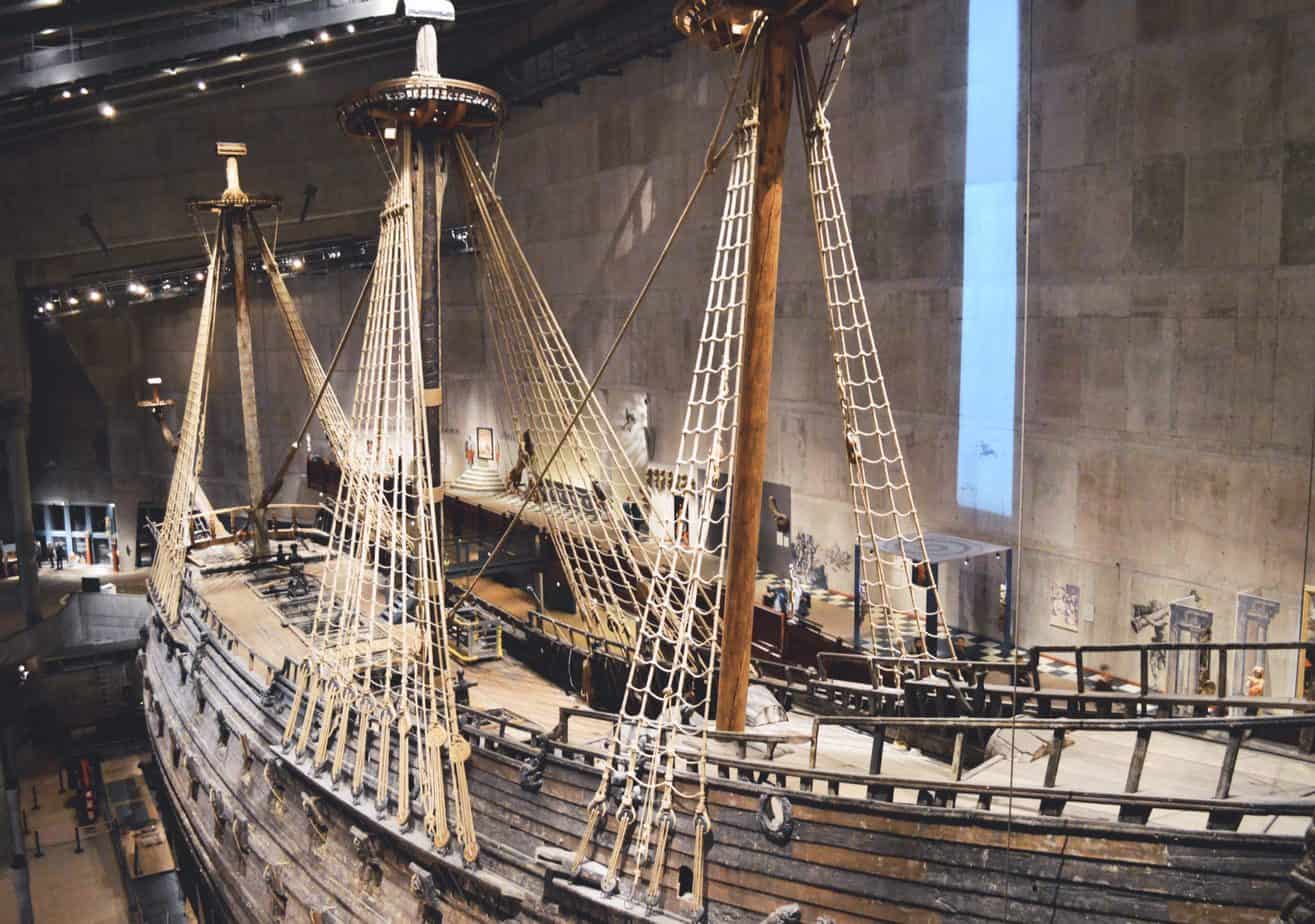 Perhaps Vasa Museum was overhyped for me, but I did not think it was as impressive as most people seemed to think. This is a great museum to visit if you are interested in maritime matters, but as I was not particularly interested in the topic and had been walking around Stockholm all day, I think I would have been much more content going to bed or relaxing at the hostel at that point than walking through a museum that I didn’t have a huge interest in. I still enjoyed the museum and would recommend it, but I personally did not like it as well as most people seem to like it.

If you follow this itinerary for your 24 hour stay in Stockholm, you will be kept busy, but it will be well worth it. If you’re looking for a more relaxed day, pick a few from this list that appeal to you the most. There is so much more that Stockholm has to offer, but hopefully this brief guide helps you understand why Stockholm is one of my favorite cities in the world.