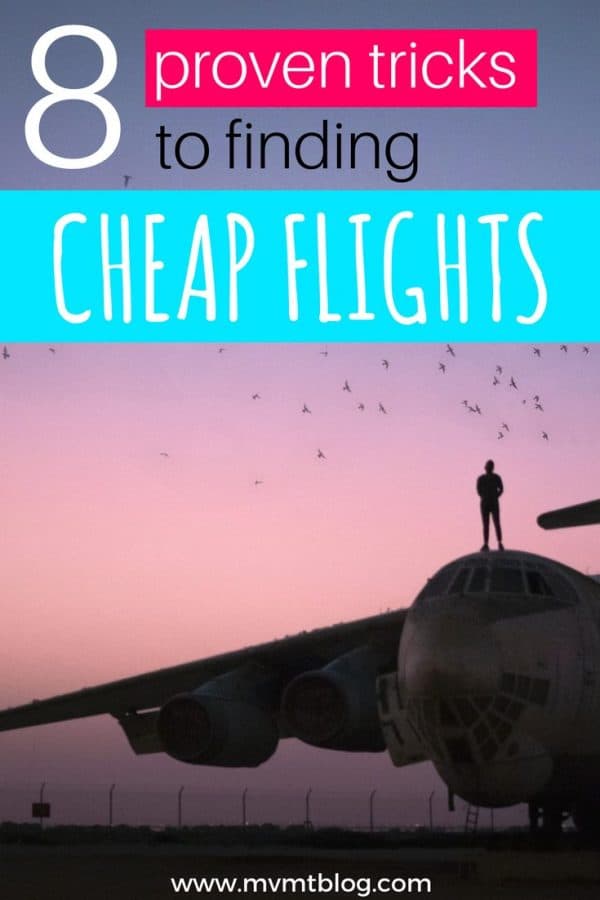 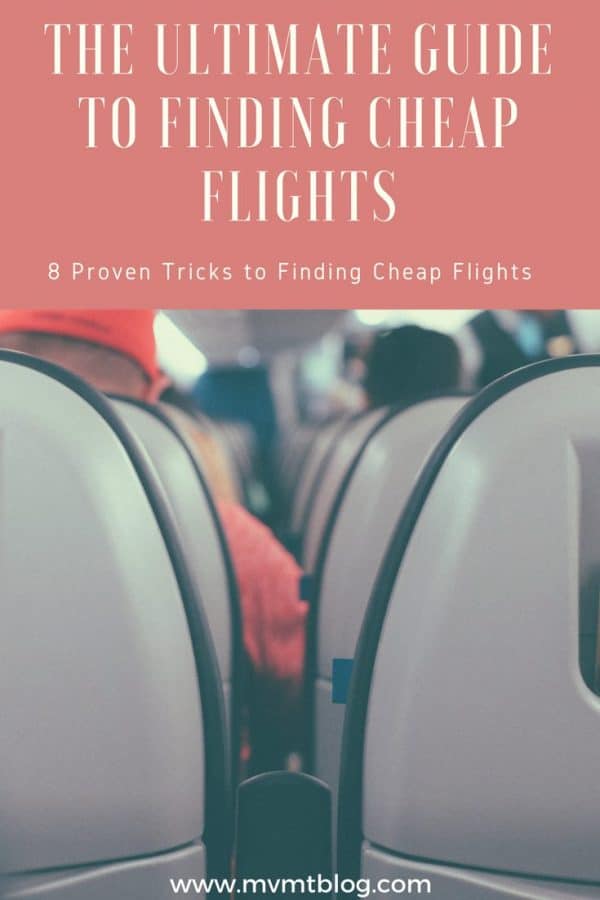 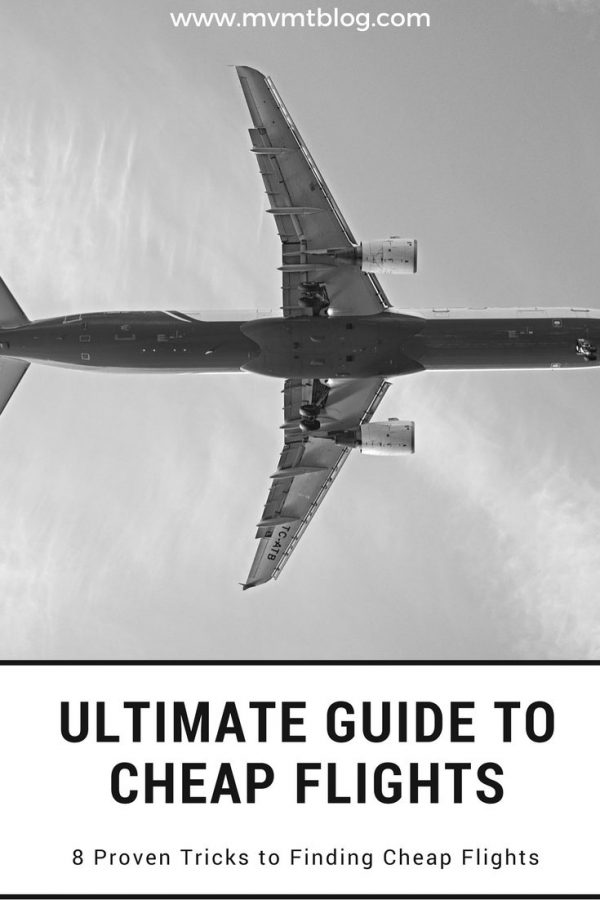 A cheap flight is often the deciding factor for whether you can take a trip. As a college student living on a budget, I have spent hours upon hours every week searching for different ways to find flights cheap enough to justify a spontaneous adventure. These tips and tricks often involve time and dedication, but the trips you will be able to take make the effort well worth it in the end. Here are 8 proven tricks to finding cheap flights that I use on a regular basis to fund my travels.

1. Use the right websites

The first rule to finding cheap flights is to do your research on various websites. My favourite websites to use are skyscanner.com, studentuniverse.com (exclusive to students), jetcost.com, and momondo.com. You’ve probably heard me rave about a few of these before, and that’s because they are the cheapest websites I have found to date. The main thing to note is that of these websites, there isn’t a singular one that is always the cheapest. It’s important to check various sites for each flight because depending on the circumstances of your flight, each site has the potential to give you the best prices. 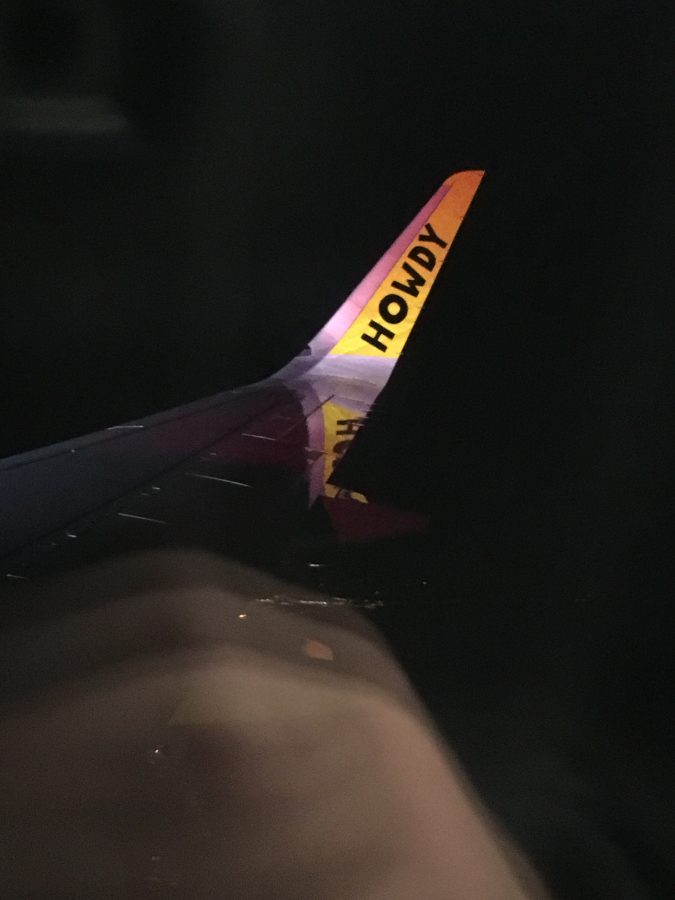 2. Be flexible with your time

It can be difficult to be flexible with your time while employed full time, but there are certain ways to get around it. Because I am currently working full time at my internship in Berlin, I have found myself, on multiple occasions, flying back to Berlin at 7 AM and going directly to work. Of course, this usually requires waking up at ungodly hours to catch my flight, but I’ve saved a lot of money this way. For longer flights, it’s a good idea to choose flights late at night. These are usually less desirable flights for the majority of people, but for those on a budget, an overnight flight means a free accommodation. This rule also applies to other forms of transportation – bus, train, boat, etc. 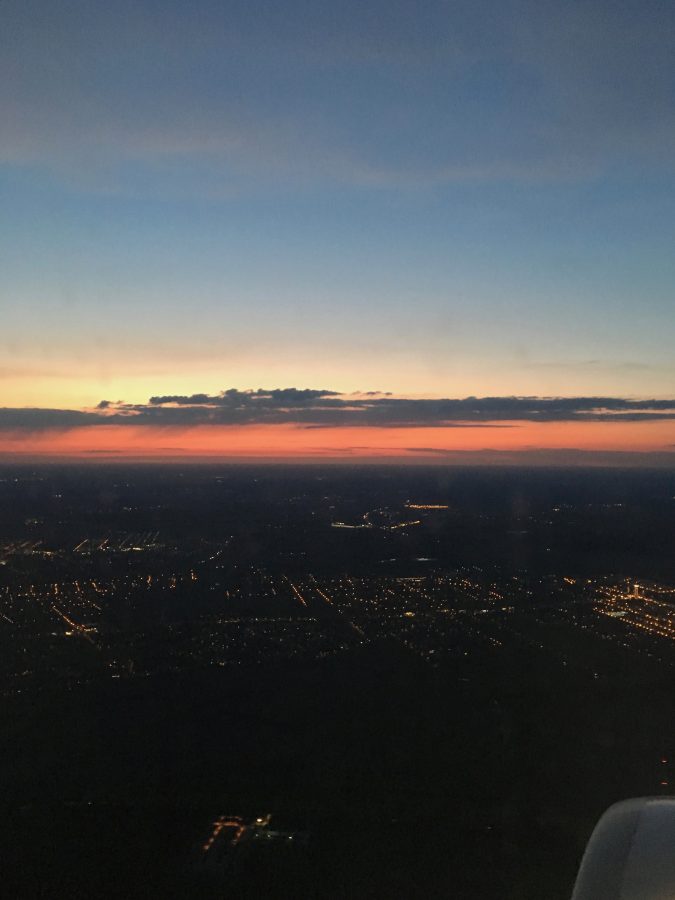 Many discount carriers such as Ryanair only fly to smaller airports slightly outside of major cities, but the cost of traveling from the smaller airport to the major city will still be less than paying for a flight to a major airport. There may also be cities located a few hours’ drive away from your final destination that are cheaper to fly into. In this case, it would most likely be cheaper to fly to the alternate destination, and then to buy a separate ticket for a train or bus to your intended location. This rule applies to both the airport you fly out of and the airport you fly into.

Layovers aren’t always bad. A longer layover can mean a free trip to a new city. For example, I had a 13-hour layover in Dublin on my way to Germany, which gave me the opportunity to explore Dublin for the day and was essentially the equivalent of a free ticket to Dublin. Another way to use layovers to your advantage is to find a flight with a layover in your destination country.
For example, I had to fly from Toronto to Munich last summer for my summer job, but tickets were around $900. I then searched for flights from Toronto to Oslo and found that they were hundreds of dollars cheaper. I ended up choosing a flight from Toronto to Oslo with a layover in Amsterdam and got off in Amsterdam because Amsterdam is closer to Munich than Oslo is. I was then able to find a separate flight from Amsterdam to Munich for around $50. Overall, I ended up saving around $400 dollars by playing around with my flight destinations and layovers. 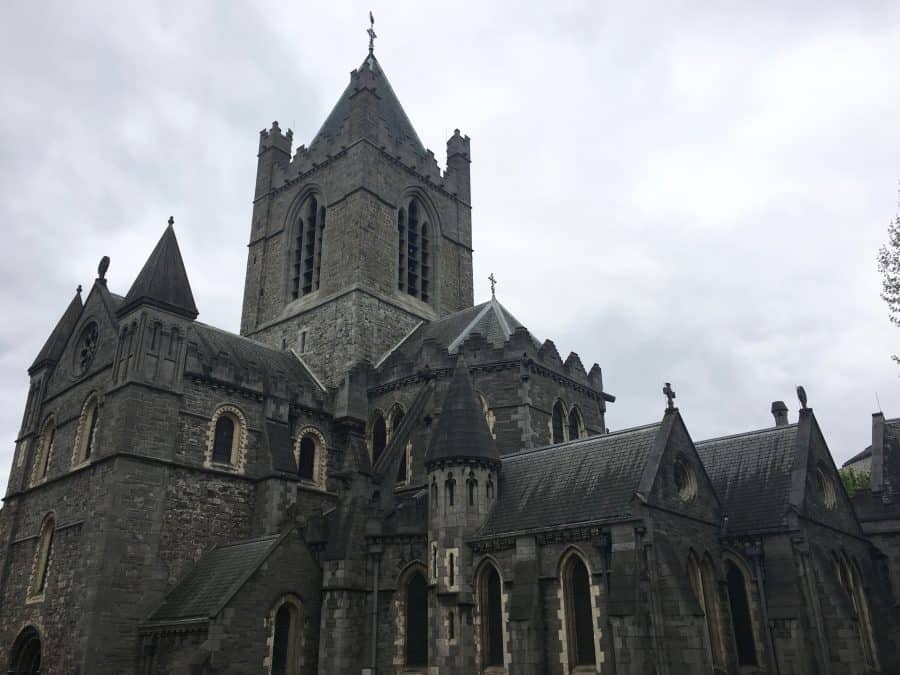 Many credit card companies offer travel-specific credit cards for travel junkies like ourselves. One of my favourites is the Capital One Venture Card. This card allows you to earn 2 points for every dollar spent, with no restrictions on which purchases are allowed to count toward points. These points can then be used for virtually anything travel-related. This includes not only flights (can be used for any airline), but also hotels, taxis, and more. Typically, a $100 flight would require 10,000 points (~$500). This is essentially free money, so there’s no reason not to sign up for a travel credit card. If you were to make a large purchase on your credit card (e.g. car), you would have enough points for a few free flights. 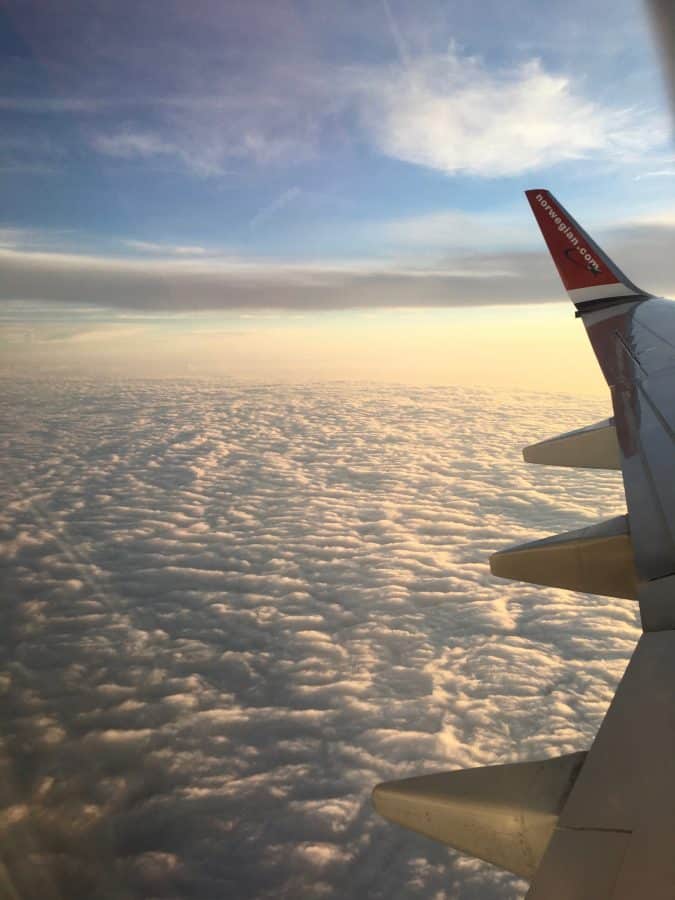 ‘Error fares’ refer to wrong flight prices (typically much less than the average ticket price) that airlines post by accident and usually don’t realize for 24-48 hours after posting. For example, an airline might post a $1000 flight for $100 and not realize their mistake immediately. When you purchase an error fare, the airline must honor your ticket and the price that you purchased it at. There are a few different websites that catch these fares and post them online, such as theflightdeal.com and airfarewatchdog.com. However, since you never know when an error fare will be posted and they typically disappear in a matter of 24-48 hours, this strategy would only be useful for those with flexible schedules and no set destination in mind.

Cookies are an often overlooked but important aspect to finding cheap flights. If you follow all of the previous steps, you will probably end up searching for the same flight many times on the same computer. If you have ever done this and found that prices mysteriously rose in the 20 minutes you spent searching, this is because of something called differential pricing. Airline websites and other flight search websites will take note when you repeatedly search for the same flight destination and will take advantage of your need to go to that destination by increasing the price of the ticket. To prevent this from happening, you can either make all of your searches on google incognito (press Command + Shift + N on Mac), or you can use a VPN to mask your computer’s IP address (we use ExpressVPN). 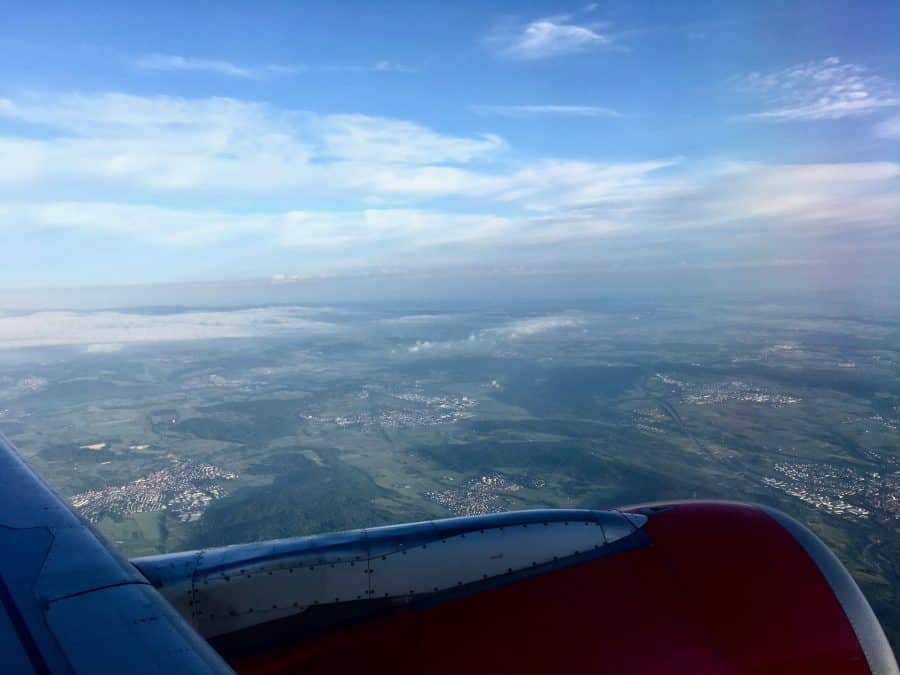 Fuel dumping is a much more complex method for finding a cheap flight. In short, it is a way of adding an extra, random flight into your existing itinerary to confuse the system behind your flight booking. Airlines often charge obscene amounts for fuel (also known as the YQ surcharge) which typically ends up costing more than the base fare itself. You can view the cost breakdown of a flight using ITA Matrix (https://matrix.itasoftware.com/).

The idea behind fuel dumping is that by finding a random, separate flight somewhere else in the world that is cheaper than the fuel surcharge, you can use this flight to confuse the system into eliminating the fuel surcharge altogether. The tricky part is figuring out which cities will work for your third flight, but you can typically figure that out by simply conducting a little more research online into it. Overall, it is an incredibly secretive process that those who are familiar with it guard closely, mainly because exposing more information about it would lead airlines to find the flights with bugs and fix them.