A Local’s Guide to the 15 Best Breweries in Chicago

The number of breweries in Chicago has tripled over the last five years, and by 2019, Chicago had more breweries than any other metro area in the U.S. – 167 to be precise. It would take years – if not decades – of living in Chicago to visit every single brewery. Hopefully our local’s guide to the 15 best breweries in Chicago gives you some direction to begin your Chicago brewery quest, whether you’re just visiting for the weekend or have lived here for years. 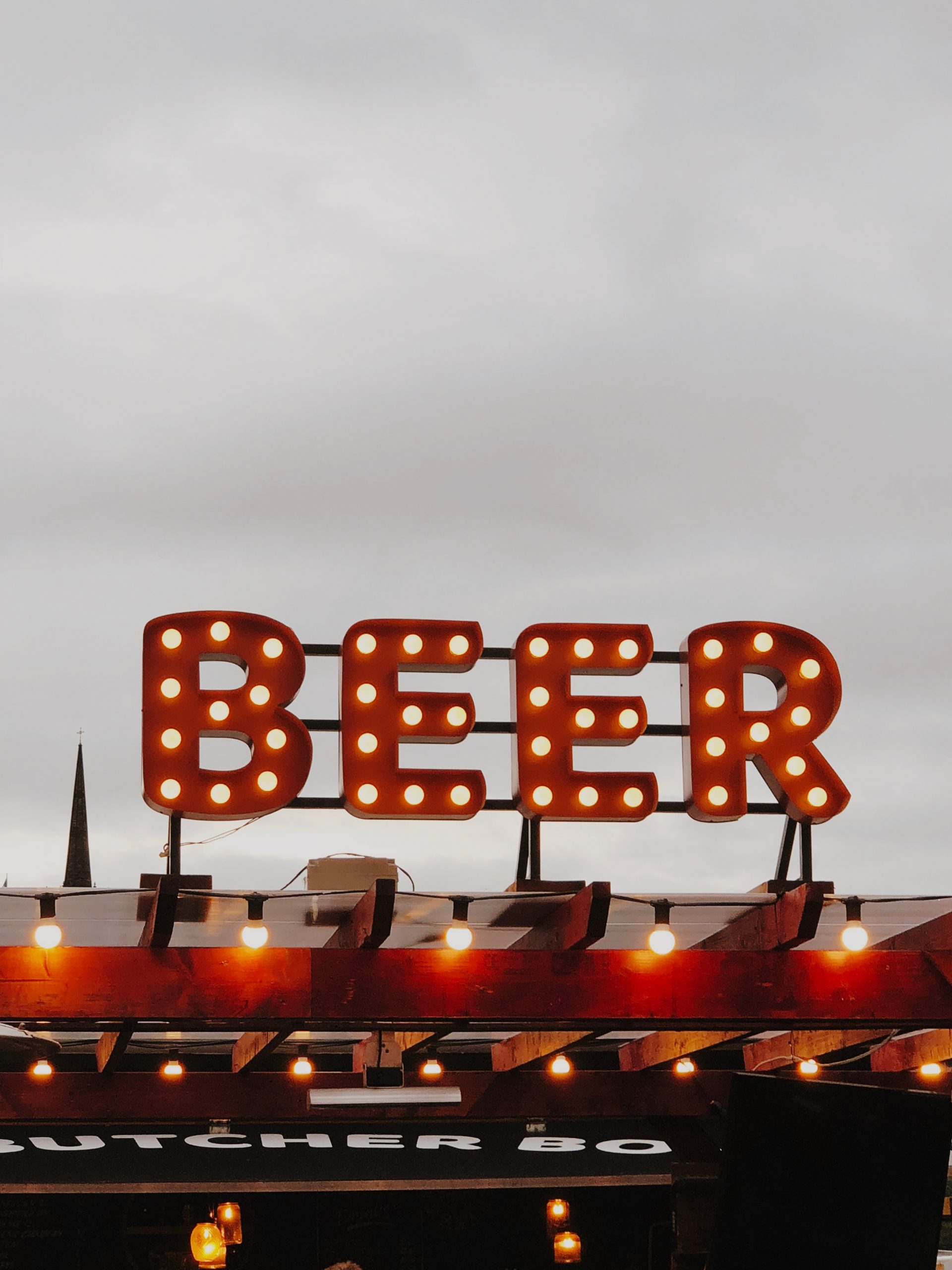 Even though it was only founded in 2010, Revolution Brewing has quickly become Illinois’ largest independent craft brewery. Today, Revolution has a taproom and production facility in two separate locations in Logan Square. Brewery tours are offered at the production facility daily from Wednesday – Sunday for $10/person (includes one beer). Don’t be afraid to grab a meal at the taproom if you’re hungry – the food here is worth sitting down for.

One unique feature of Great Central is that they not only brew their own beers, but they also help other brewers brew their beers by renting their space and equipment. They serve a selection of their own beer and their clients’ beer in their spacious taproom, and while they do not serve food, you are welcome to bring your own. You’ll also be able to find food trucks nearby on occasion, and Great Central usually does a great job of posting these updates on their social media pages.

Hailing from northern California, Lagunitas has been around since 1993 and opened its Chicago location in 2014. Lagunitas offers free brewery tours every day at 1pm, 3pm, and 5pm (Wednesday – Sunday only) and features a large taproom with very affordable food and drink, by Chicago standards.

Another California brewery that found its home in Chicago, Ballast Point has a huge space in the Fulton Market District with a large rooftop patio for the warmer months. You can find over 40 beers on tap here, with a few beers exclusive to the Chicago brewery. The vibe is casual but always energetic and lively, and that’s what makes Ballast Point a popular go-to for locals.

If you can’t get enough of German beers but also can’t get enough cash in the bank to take trips to Germany on a regular basis, then you’ll want to head over to Dovetail in Chicago’s Ravenswood neighborhood. Founded by two Chicago guys who met in a Master Brewer Class in Munich, Dovetail aims to merge European styles of brewing with American styles and emulate the kind of beers and vibes found in small, family-run breweries in Europe. This is a great place to go with a small group of friends if you’re looking to have good conversations over refreshing, German-style beers. 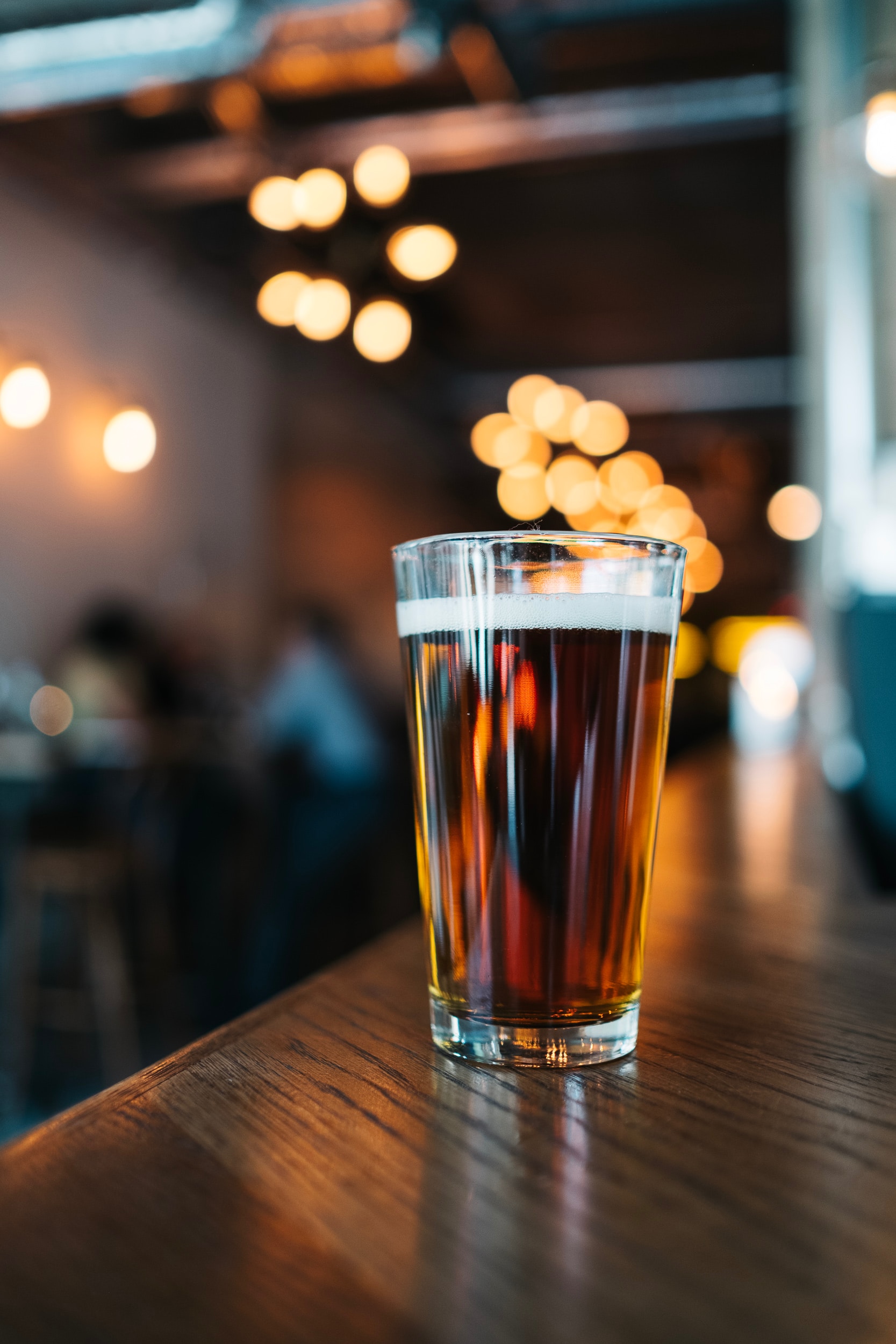 You’ll notice a lot of food-centered beer names on Moody Tongue’s beer menu because that’s exactly what they aspire to do: brew beer inspired by food. Not only are their beers delicious, they’re also some of the most unique beers in Chicago. Moody Tongue just moved its location to 25th and Wabash in the Motor Row district, near Motor Row Brewing. Since the location is a bit out of the way, you might want to plan to visit Motor Row Brewing in the same trip, and then hop over to Chinatown to fill up on food.

Another food-inspired brewery is Bixi Beer, which doubles as a restaurant. Their beer list is on the smaller side (only around eight beers on draft) but is packed with flavor. Try something light and refreshing, like the Shifties, which is brewed with jasmine rice, or go all out with the Chelonian Lair, a dark ale spiced with Szechuan peppercorn.

The best way to sum up Hopewell beers is that they’re just very easy to drink. They’re so light and refreshing that you’ll find it hard to have just one beer here. They also offer half pours of beers for half price, so you can try more beers while you’re there. The space does get packed on the weekends, but during the week it’s a great spot to bring your laptop to get some work done while keeping hydrated.

Pilot Project is one of the newer breweries to join the Chicago beer scene but easily made it onto this list because of its unique offering and modern space. This 3-in-1 brewery incubator, tasting room, and cafe is the perfect place to make into your new work space if you’re a remote worker in Chicago. In the warmer months, there is also a large outdoor patio you can enjoy with your friends – and furry friends. 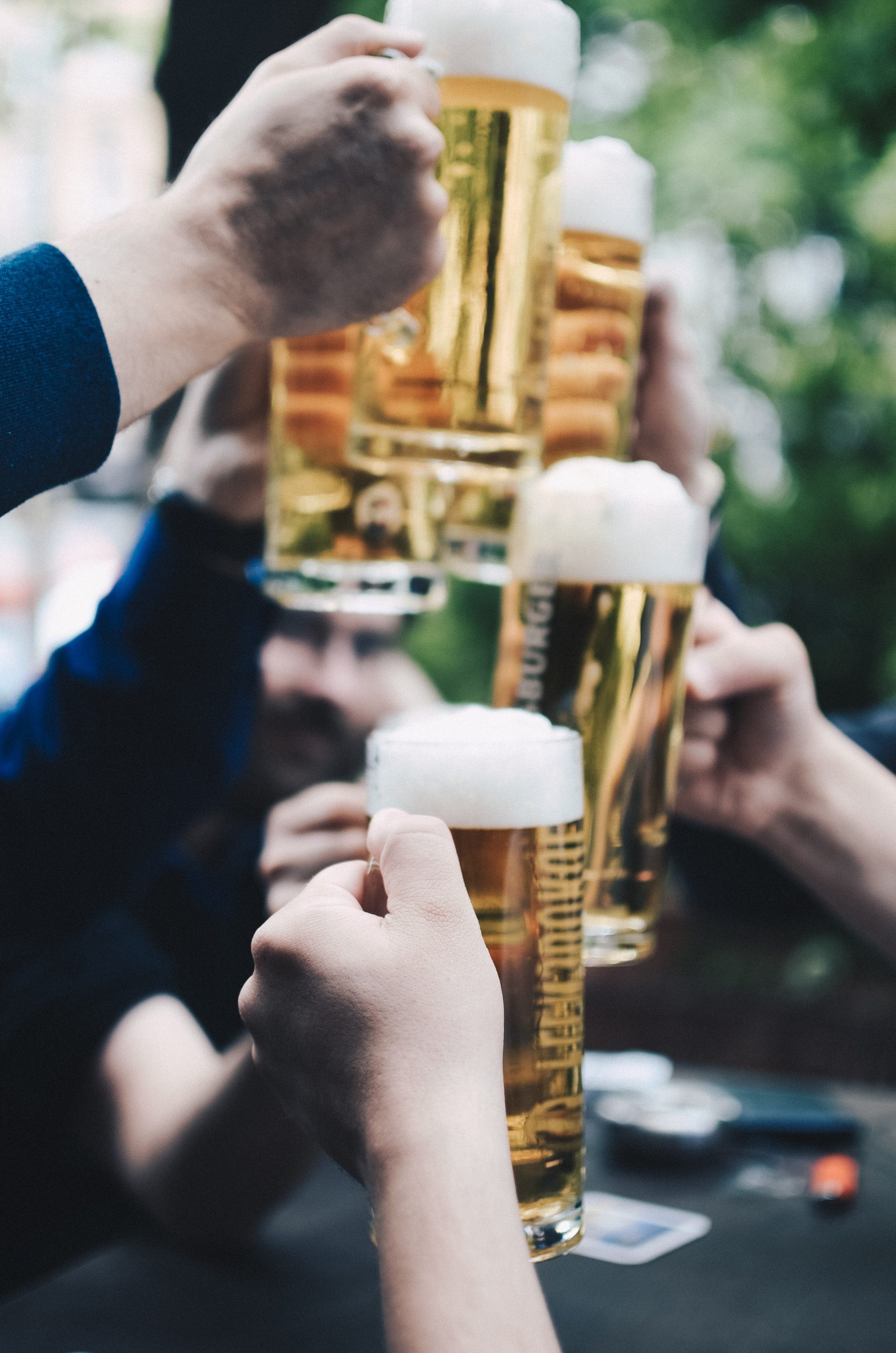 Maplewood is the perfect place to go with a group of friends who aren’t necessarily all beer drinkers. With a neighborhood bar vibe but the offerings of a brewery, distillery, and restaurant, Maplewood is the perfect place to settle into for hours on a weekend. Their beers are available on tap and to carry out, so you don’t have to let the party end when you go home.

Goose Island’s history dates all the way back to 1988 (before many of you reading this were born, and before the craft beer scene in Chicago had really become a thing) when the founder, John Hall, took a beer trip across Europe. When he returned, he decided to start brewing his own beers back in his hometown of Chicago, and the rest is history. Goose Island was acquired by Anheuser-Busch back in 2011 and now operates multiple locations in Chicago and a brand new location in Philadelphia!

Pro tip: Goose Island’s most popular beer, 312, is pronounced “three-one-two” and not “three hundred and twelve” as I hear many tourists ask for at the bar!

Metropolitan has been brewing German-style lagers in Chicago for over a decade and now has a new(ish) location right on the Chicago River that’s many times larger than its previous location in Ravenswood. It’s pretty incredible how the husband-wife duo who started the brewery back in 2008 is still completely devoted to the brewery, despite going through a divorce back in 2013. In addition to the delicious beers, you can also find the cutest furry friends here (and bring your own)! 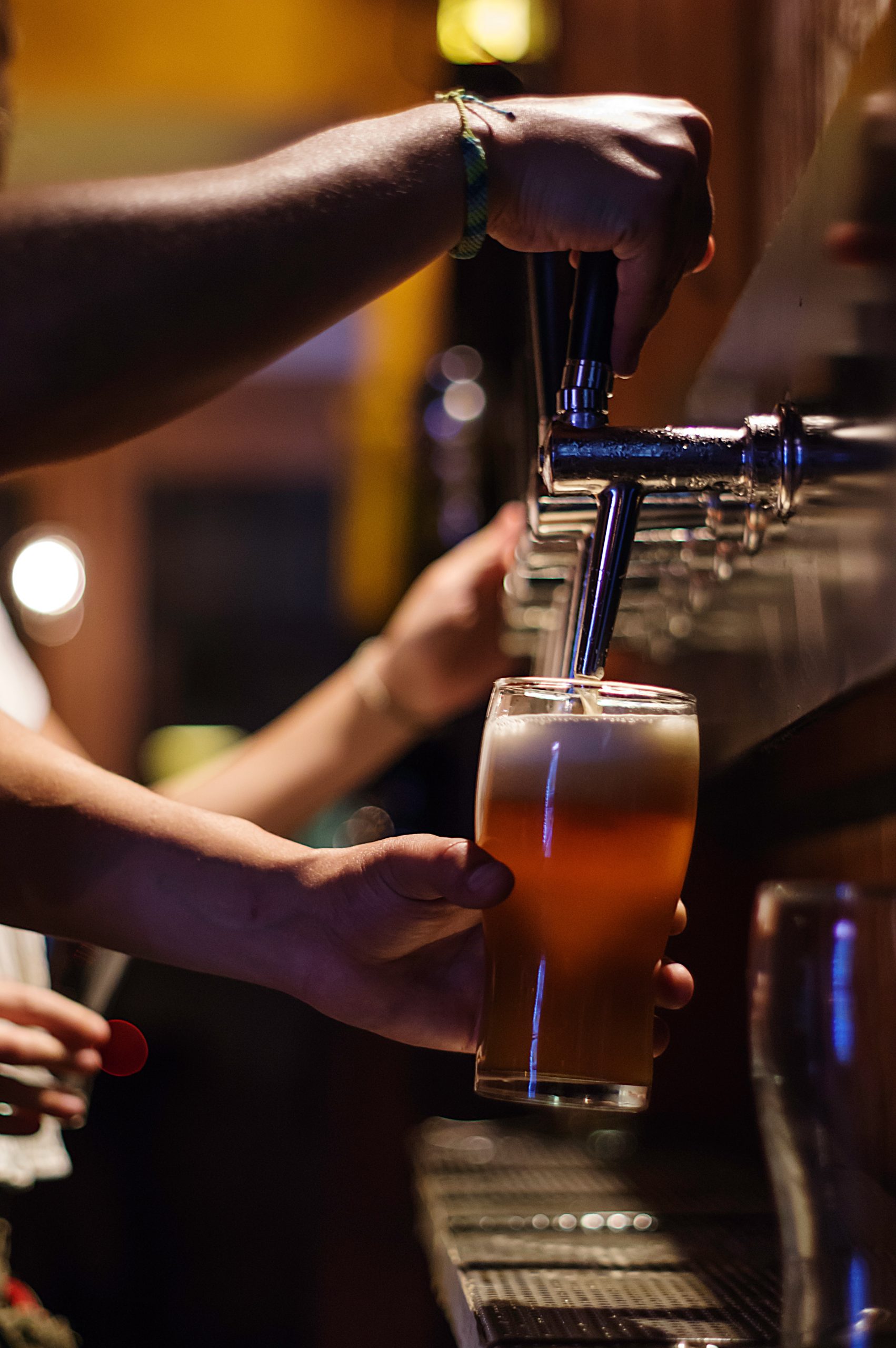 Not only has Metropolitan managed to thrive for over a decade, they’ve also indirectly birthed another important brewery in Chicago, Off Color. After graduating from one of the most respectful brewing schools in 2008, John and Dave interned at Metropolitan Brewing for a period of time before starting their own brewery, Off Color, with the help of the owners at Metropolitan. Free brewery tours are offered every Sunday on a first come first serve basis (capped at 15 people). If you’re worried about getting a spot on the day of, you can reserve a spot online in advance.

This unassuming brewery and restaurant on the hip (and slightly pretentious) Randolph Street in Chicago’s West Loop feels like a breath of fresh air. While you’ll be able to find all types of beer on tap here, Haymarket specializes in classic Belgian and contemporary American beer styles. Both of the beers listed below are also available in cans as well, so you can take a six pack home with you if you like what you taste. Haymarket also has an extensive food menu, which is worth checking out as well.

Not only does Gino’s East have better deep dish pizza than the more popular Giordano’s and Lou Malnati’s, it also has a brewery called Gino’s East Brewing Company. While the brewery only brews four of its own beers, you can find a more extensive beer menu containing other beers as well. If you’re a beer lover who also loves deep dish pizza, then Gino’s East is the place for you.

Looking for more fun things to do in Chicago? Then you might want to check out these posts: 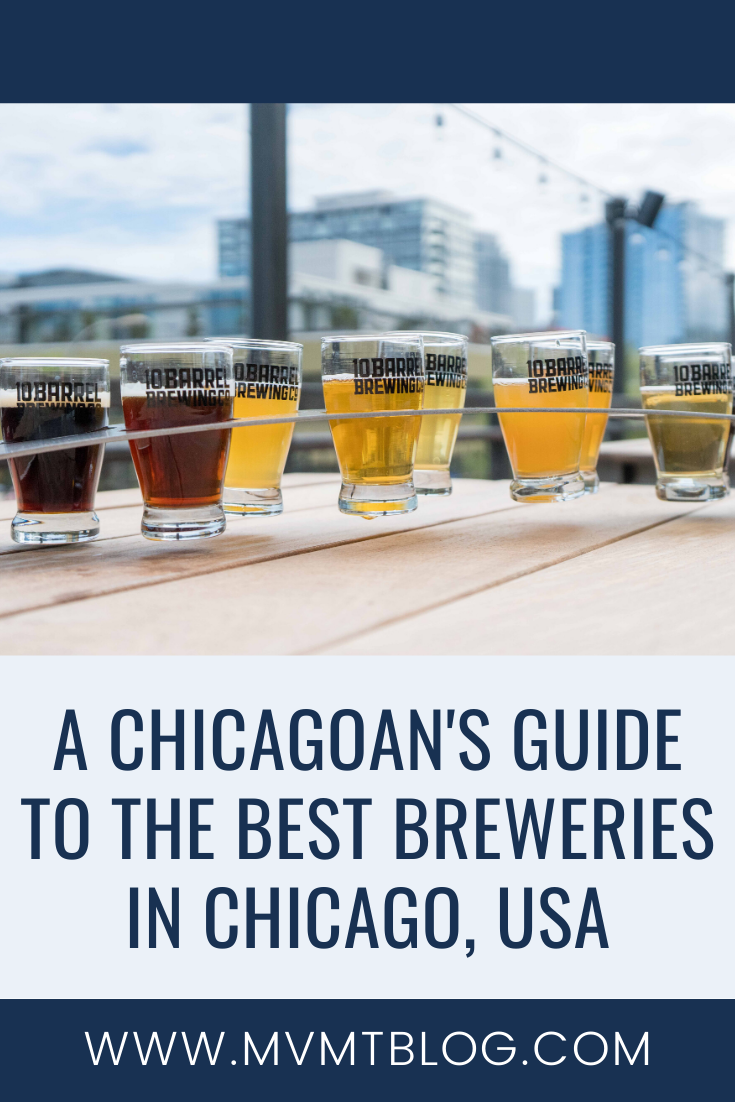 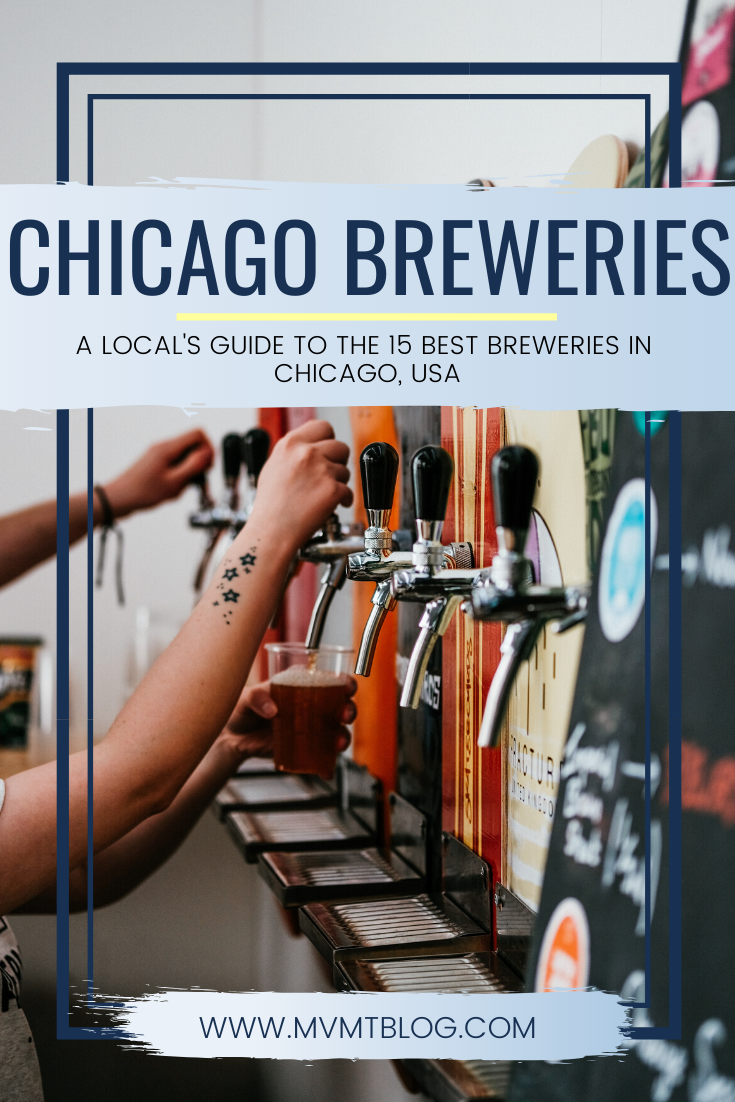 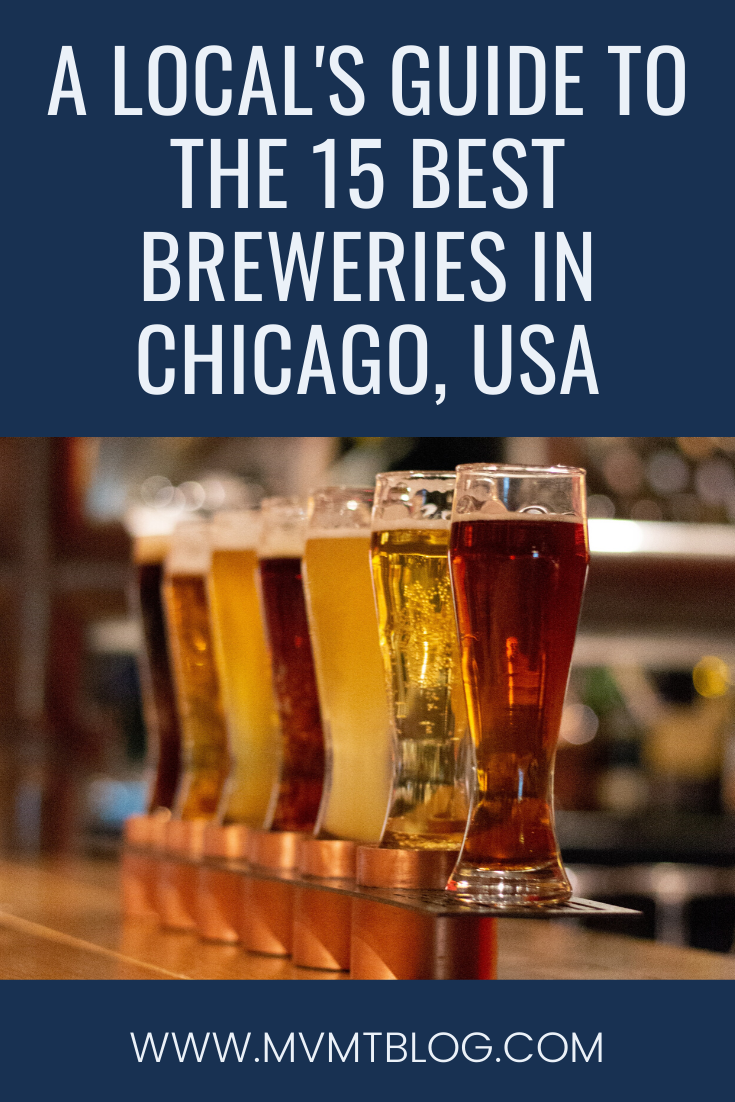