Cultural Miscommunication or Stranger Danger? Learning to Trust Your Gut While Traveling

Miscommunications can happen frequently while traveling, especially when traveling to places where you do not speak the local language or understand local cultural norms. However, your gut always knows when you are in a safe situation with mere miscommunications due to a language barrier and when the miscommunication is more than a mere miscommunication and your safety is at risk. After traveling to 55 countries, many as a solo female traveler, I have never actually been in a situation where I felt like I was almost taken until I visited Transylvania, Romania, last month. Here’s the story of how my friend and I almost got taken in Transylvania, which will hopefully show you that while it is not always easy to tell the difference between cultural miscommunication and stranger danger, learning to trust your gut while traveling can be a life saver.

How We Almost Got Taken in Transylvania

After arriving at Rasnov Castle in Transylvania approximately 30 minutes before closing, my friend and I made the short hike up from the parking lot to the castle. Having completely missed the sign for the entrance into the castle, we walked around the exterior, taking in the views, when a worker shouted to us in Romanian from inside the castle, asking if we were trying to get in. My friend, who is fluent in Romanian, responded that we were, and the worker directed us toward the side of the castle, which we assumed was where the entrance would be. 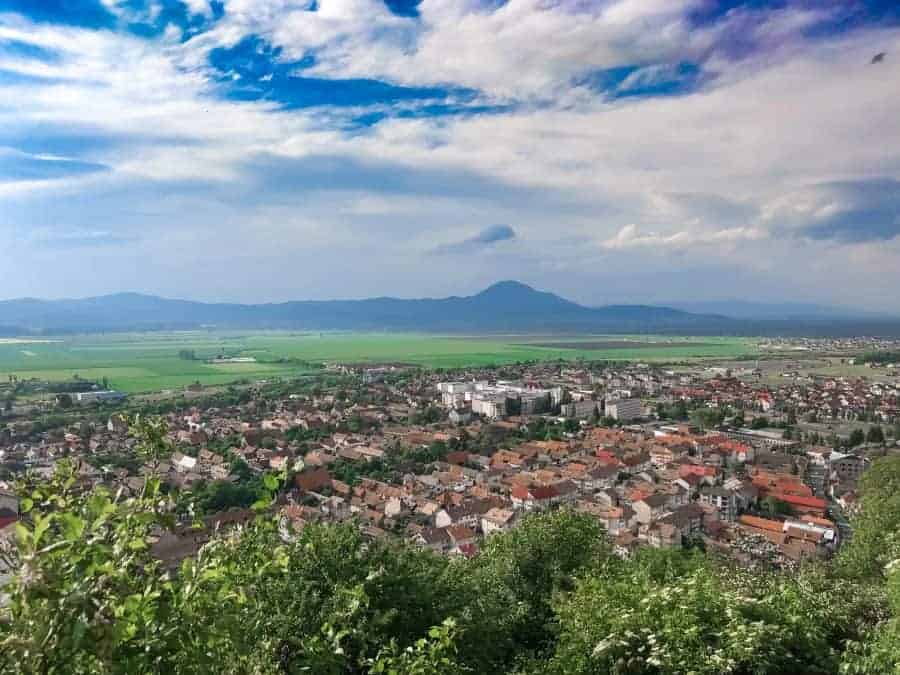 Still not seeing the entrance and in a state of confusion, I was glad to see the worker again, who had now come out of the castle. He chatted with my friend in Romanian and directed us to follow him toward a side entrance since apparently the main entrance was located on the opposite side of the very large castle. At one point while we were walking with the worker and he was conversing with my friend in Romanian, my friend gave me a weird look, but I had no idea the reason for it, as I don’t understand Romanian and had no idea what was being said in their conversation.

I later learned that the worker had offered to let us in the side entrance for 10 lei instead of the regular entrance fee of 12 lei, which my friend thought was strange but presumed was because the castle was almost closing and we wouldn’t have very much time to explore the inside, so he was doing us a favor and prorating our ticket. In retrospect, this was a very odd and unprofessional thing for the worker to offer us when he could have just as easily walked us to the main entrance and made us pay the regular fare there.

Learning to Trust Your Gut While Traveling

The worker eventually led us into a side door, which opened into a small dingy room with a staircase leading up to an area with what appeared to be a bunch of old furniture. We did not see another door anywhere else in the room that could potentially lead into the main part of the castle’s interior. The door we were led through was secured with an old fashioned sliding lock, which the worker slid closed after my friend and I were both inside. Sensing that something may not be right after failing to find an actual entrance into the castle from inside the dingy room, my friend was already starting to feel slightly alarmed when we saw the worker take out a padlock with a key and start to put the padlock on the sliding lock. As soon as my friend saw the worker do this, she grabbed the sliding lock, slid the door open, and the two of us bolted out of there.

We then walked toward the actual entrance, hoping to see more workers or tourists that would make us feel less alone and more at ease after a nerve wrecking incident. Unfortunately, we only saw one other worker at the entrance who was talking on the phone when we arrived. We waited a bit, and my friend tried to eavesdrop and hear what the worker was talking about, since she understands Romanian. As we were waiting, we saw the worker who let us into the side door walking toward the main entrance through the interior of the castle. Knowing that we did not want to be alone inside the castle with that man and starting to feel uneasy yet again, we decided to leave and make the trek back down to the parking lot.

What We Would’ve Done Differently

As we walked back toward the parking lot, we could see the two workers standing at the edge of the hill talking and watching us walk away. Of course, this could have all just been a misunderstanding, and the worker’s only intentions really could have been purely charitable, but my friend got a bad feeling in her gut, and at the end of the day, I am very glad we trusted that over any sympathetic analysis we could have made about the worker’s actions.

In retrospect, we should’ve gotten out of there as soon as we had that initial bad feeling. That would’ve saved us from going inside the dingy room at all. We contemplated returning the next morning during daytime to tour the castle, but there are so many other beautiful castles in the area that we didn’t feel it was necessary to risk our safety to see this one.

Do you think this was a cultural misunderstanding or stranger danger? Do you have any stories or tips about learning to trust your gut while traveling? Let me know in the comments below.