Cycling and Food Tour in the Heart of Slovenia 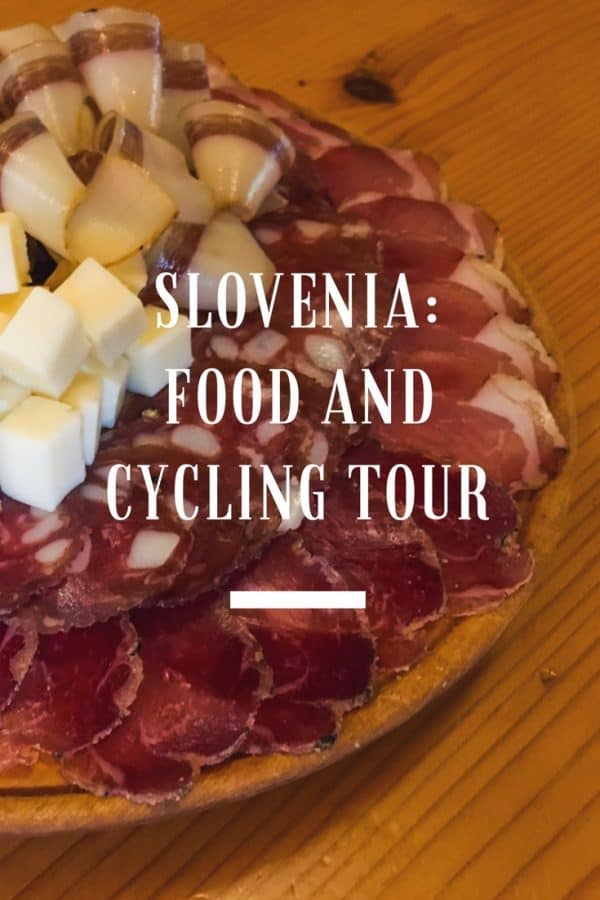 Our trip to Ljubljana would not have been complete without the Cycling and Culinary Tour in the Heart of Slovenia that we went on through Turizem Ljubljana. Although we had just taken the Taste Ljubljana Culinary Tour the previous day, the cycling and culinary tour took us outside of Ljubljana and into the surrounding farmlands. The cycling and culinary tour offered a much different perspective than the Taste Ljubljana Culinary Tour by introducing us to how locals live and showing us the natural processes that went into making the food that locals consumed. It also gave us the opportunity to interact more closely with locals and with the natural environment of Slovenia. 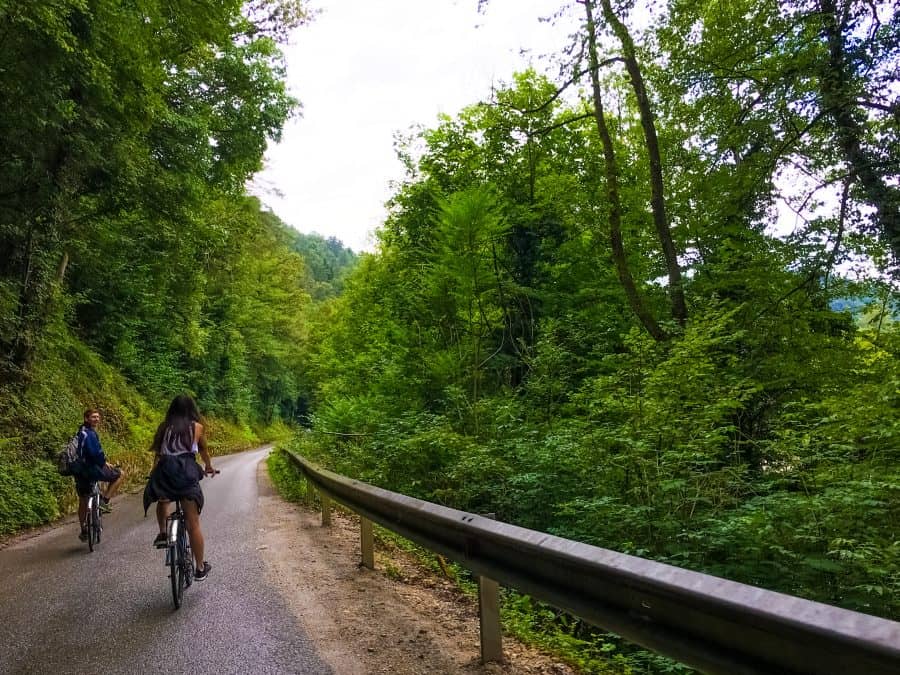 The tour began early in the morning at our hotel, where our tour guide, Tine, picked us up. Unfortunately, the weather was less than ideal that day as it had been raining the entire morning. Tine had the bikes that we would be taking strapped to his car, but we all agreed that our preferred method of transportation would be his car if it continued raining at that rate.

After brief introductions between Tine, Tine’s assistant, Diana, and I, we hit the road and headed off to the farmlands. 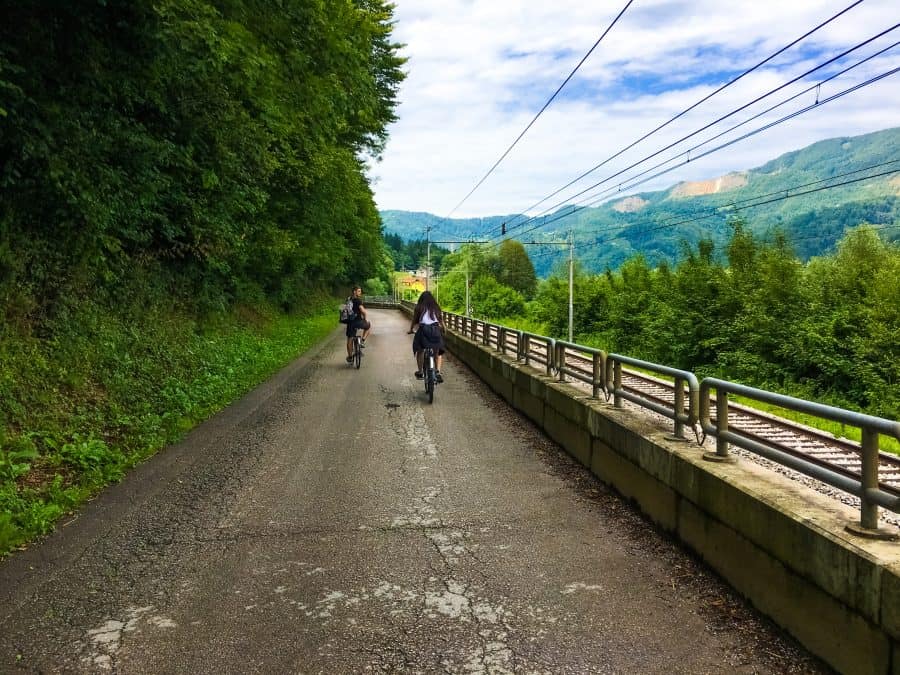 Our first stop was Travnar Farm in the Volavlje village. We walked in and were greeted by the friendly farm owner. Outside of Ljubljana, most people do not speak much English, so we depended entirely on Tine to communicate with our hosts. 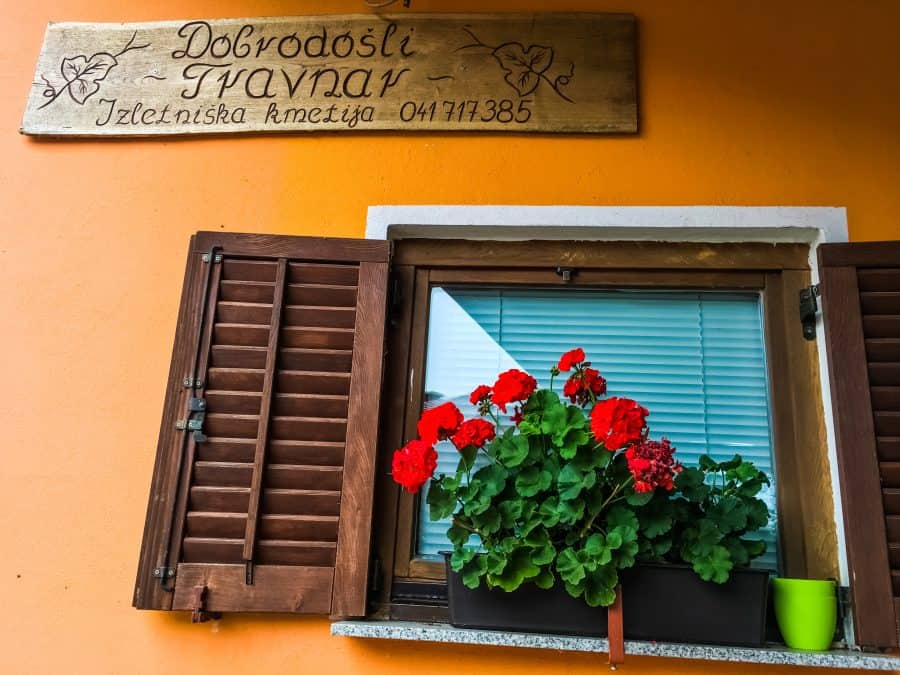 We sat down in an empty room with a tavern-like setting and were immediately offered tea or Turkish coffee. 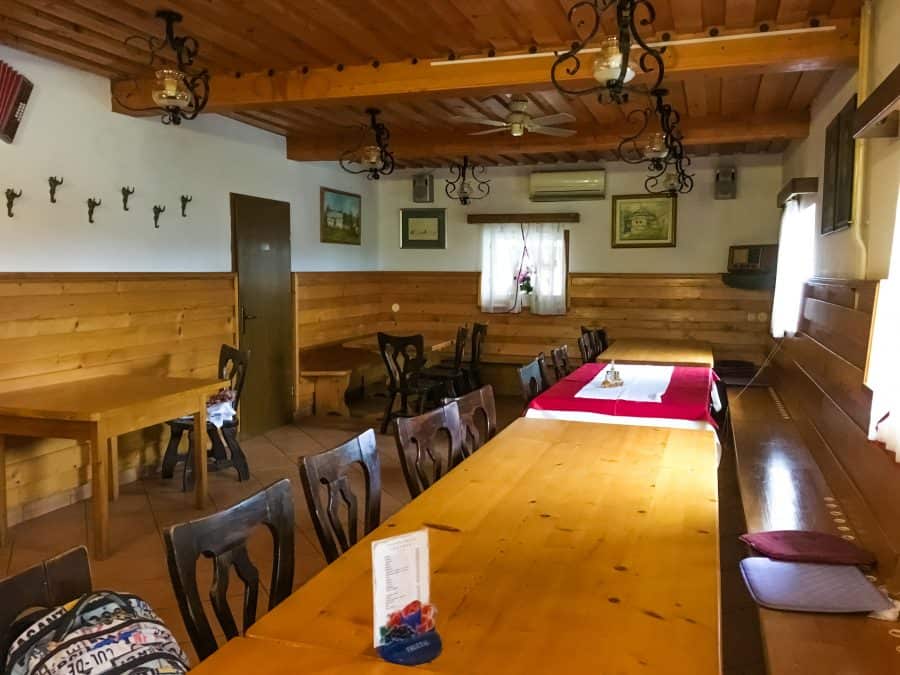 We were then served a platter of various meats, cheeses, and bread. Tine explained that this was a very typical breakfast for someone who worked out in the fields because they needed the extra energy from the meats to sustain them through their physical labor. 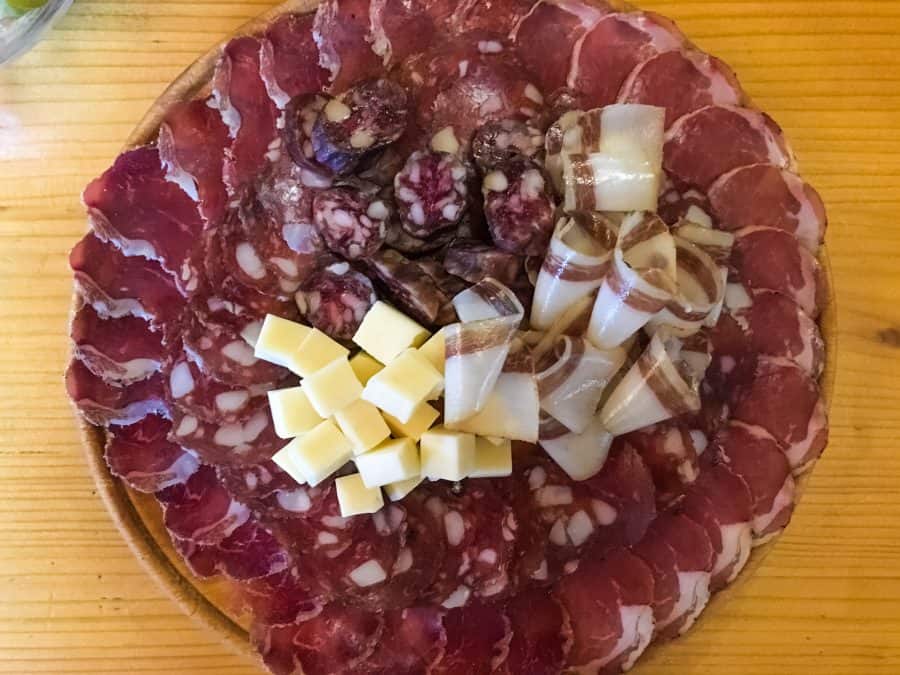 Before long, we had devoured the delicious food platter and moved on to our next destination, the Eco Beekeeping Vozelj. This beekeeping business is a family run business that stretches back for generations. We drove this leg of the trip, but it is typically taken by bike. Our host showed us the different processes for caring for and selling the bees. He took us through step-by-step, first marking the queen bees, then putting the queen bee and 10 worker bees into a small plastic box so the worker bees can care for the queen bee. The queen never does anything on her own, so without the worker bees, she would die. 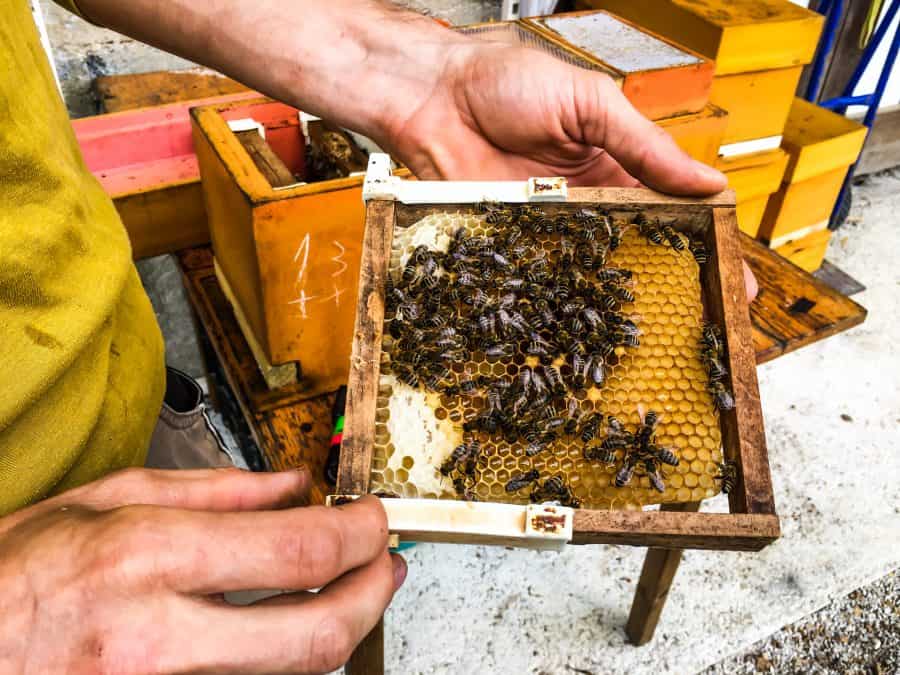 After we learned more about the bees and the business behind beekeeping, we had the opportunity to try samples of three different kinds of honey, as well as the beekeeper’s homemade honey schnapps, which were delicious. 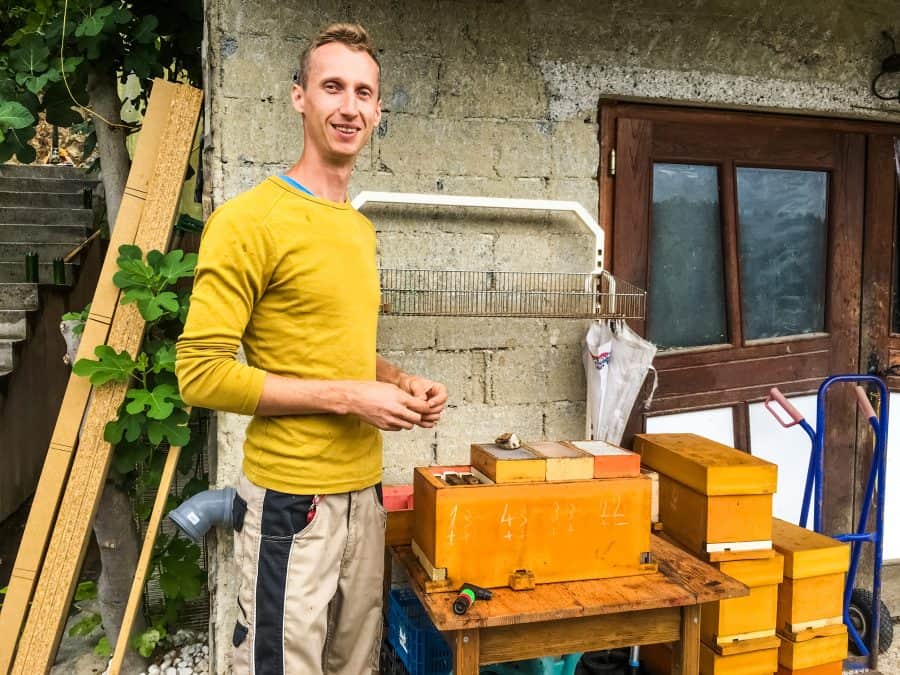 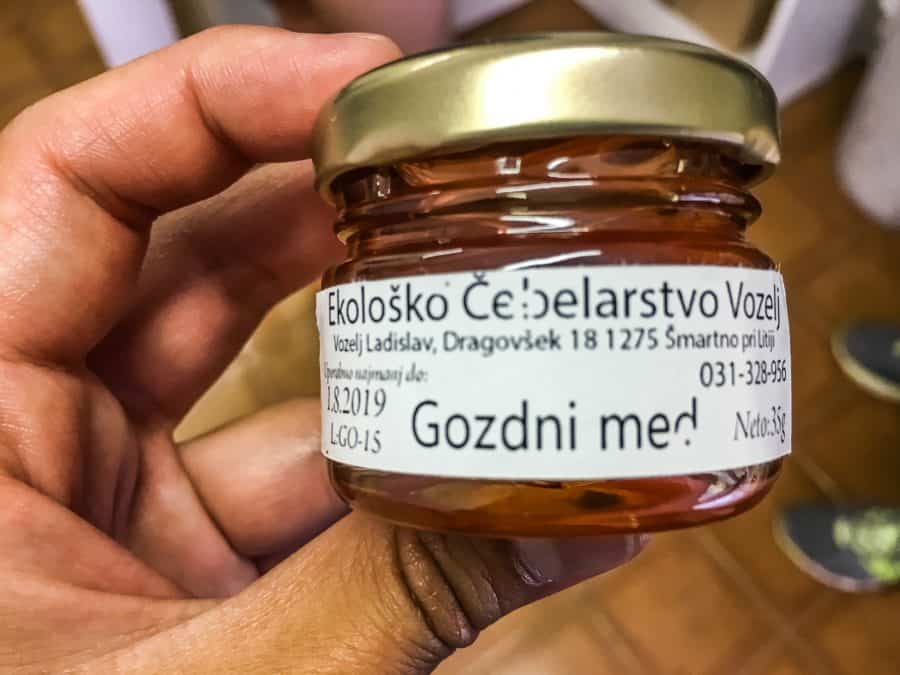 At this point, the weather had cleared up a bit, so we decided to take the bikes out for a ride. The ecological beekeeping farm was located at the top of a hill, so we biked down a winding path and had a great view of the fields below us. We biked for a short time and arrived at Farm Menegalija, which more closely resembled a home than a business or restaurant. The kind couple who lived there served us freshly grown peppers, herbs, tomatoes, cucumbers, and pumpkin to make our own salads. 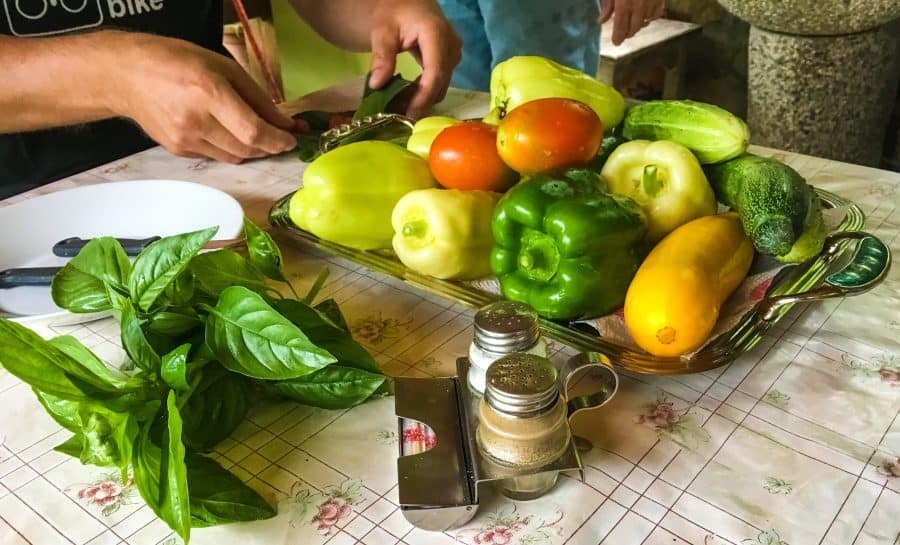 Our hosts also provided us with pumpkin oil, a popular food staple in Slovenia. The pumpkin oil combined with balsamic vinegar was the perfect dressing for our salad, which turned out to be a great midday snack. To wash it all down, we tried some homemade apple juice from the farm, which was just the right amount of sweet and sour. 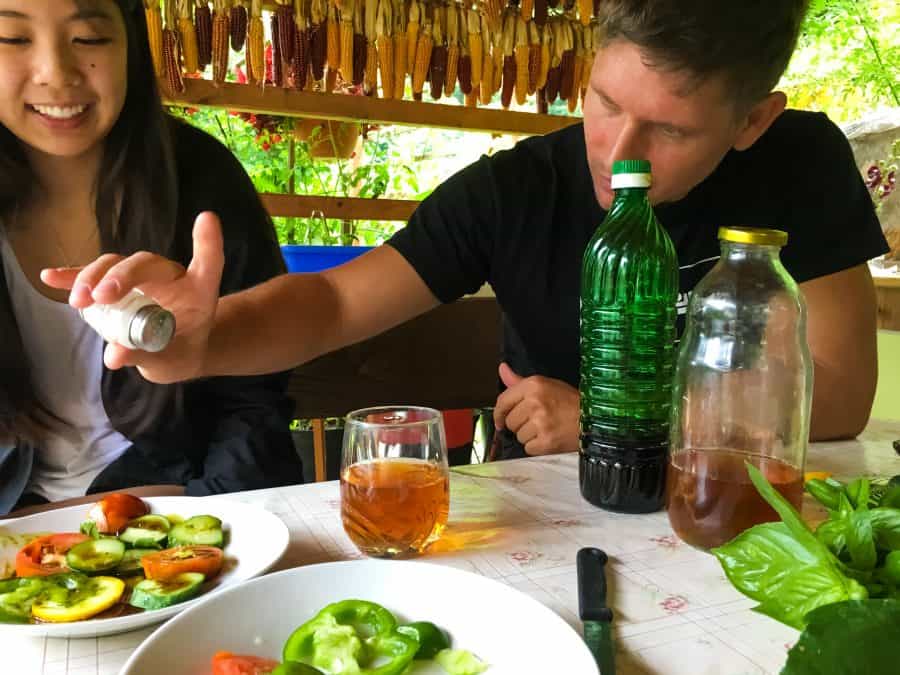 After this stop, we had a more intensive period of biking. Because we had missed out on biking in the morning, we decided to bike a leg of the trip that normally would have been done by car. In total, this part of the trip took around two hours, but we made many stops on the way. Tine taught us about Slovenian culture on the way and pointed out other traditional tools that farmers would use, like kozolecs. Kozolecs are large, wooden structures used to dry hay. Despite the existence of more advanced technology today, many farmers in the area still use kozolecs to this day. 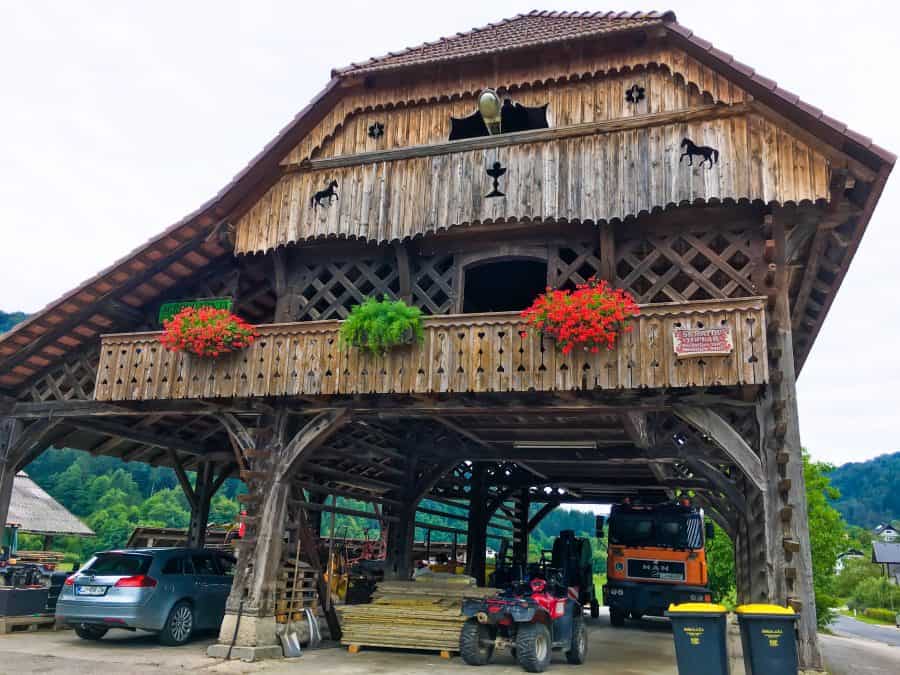 We made other stops along the way at a grocery store, train tracks, and by the river. We stopped at the river to take a break, and we were able to relax on the large river rocks. 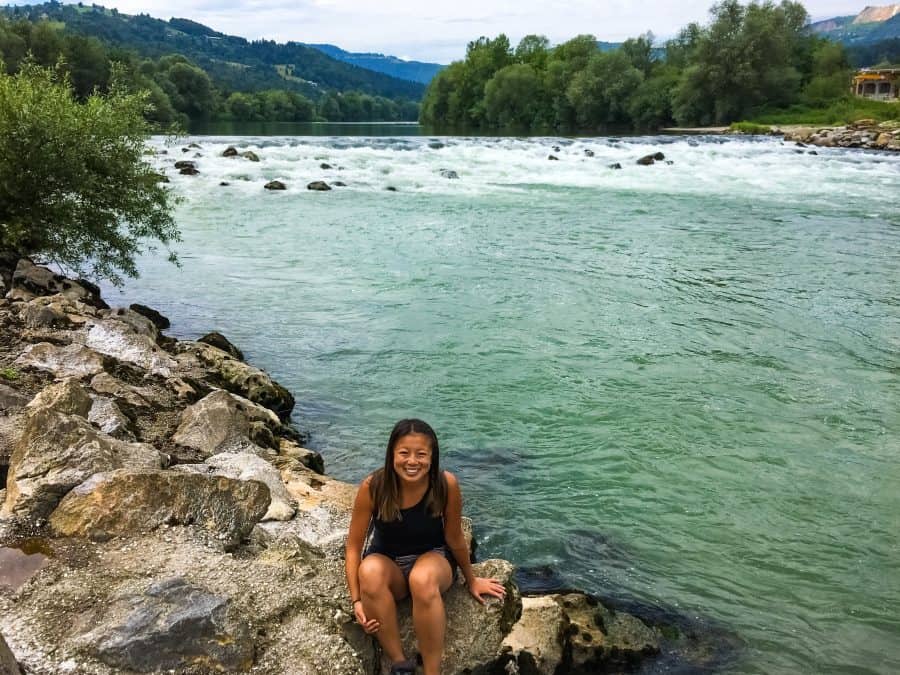 We continued biking all the way to Tine’s main business, a hotel and restaurant that he and his family own called Hotel Vegov Hram. Hotel Vegov Hram contains 12 rooms and is built in a traditional Slovenian farmhouse. We were treated to a delicious 4-course dinner at the restaurant inside the hotel, Gostilna Vegov Hram. Our four courses consisted of: (1) fried cheese and hand-picked wild mushrooms, (2) a noodle soup (3) a pork, gnocchi, and zucchini dish, and (4) a local Slovenian dessert. This meal was one of the best that we had on our entire trip, and we left the tour with fuller bellies and healthier bodies. 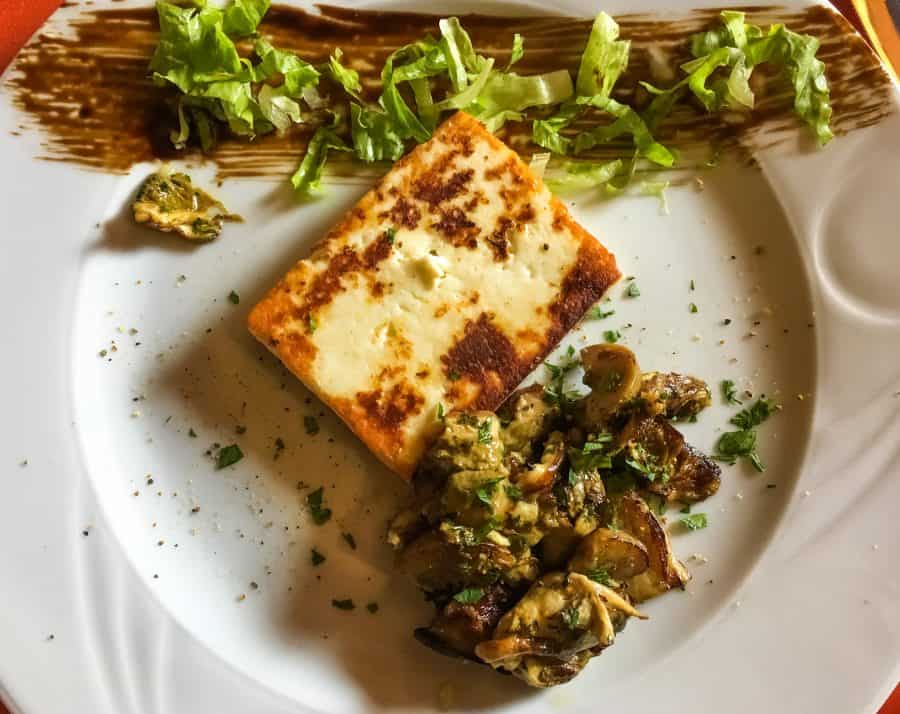 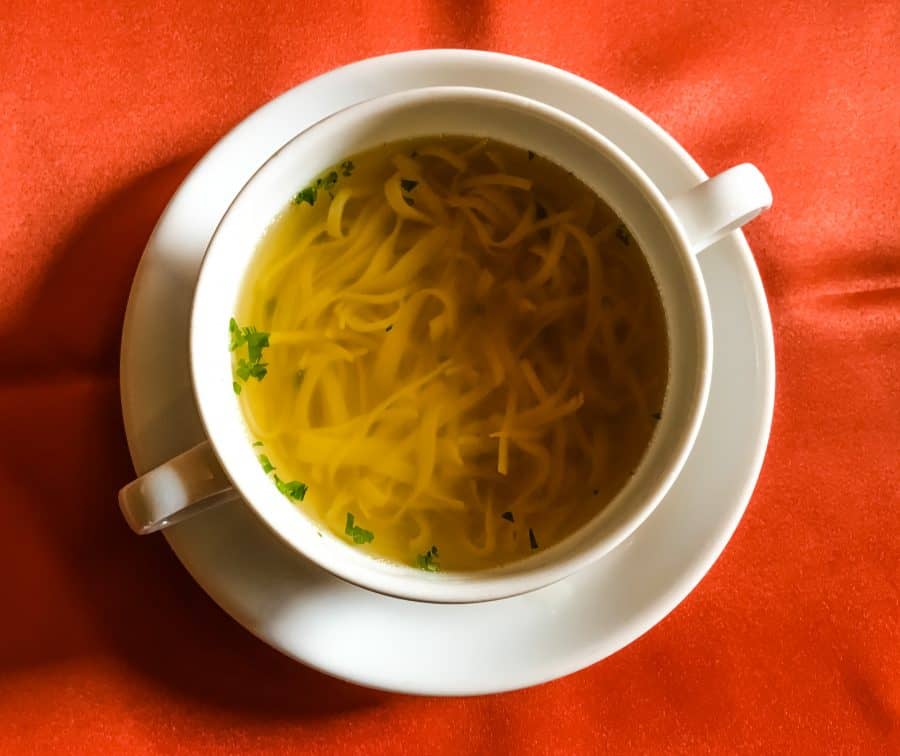 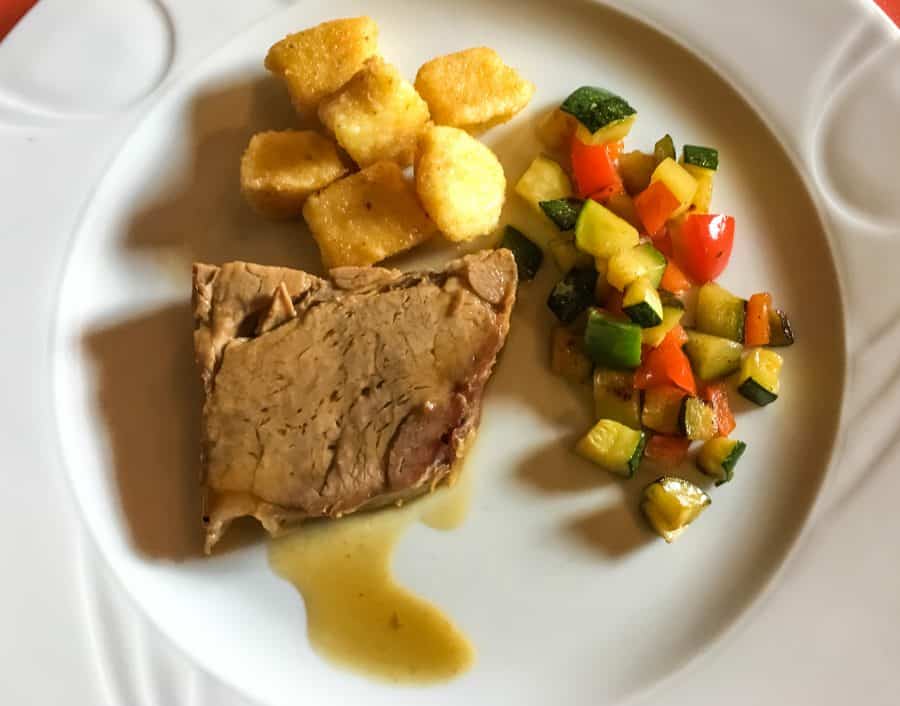 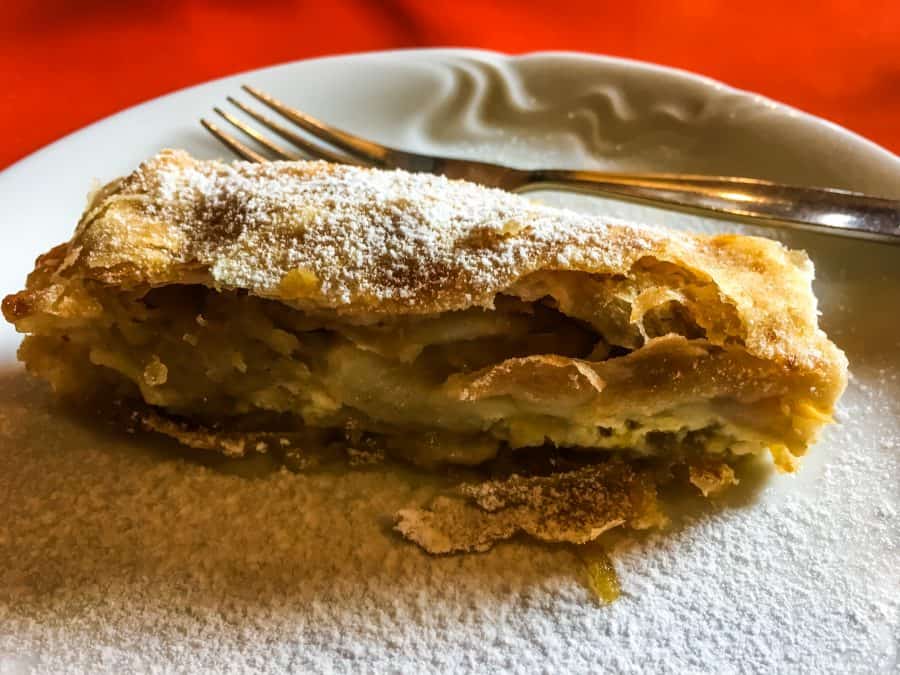 During our cycling and food tour, we noticed two main things: first, that Slovenians care a lot more about the quality of their food than most Americans do, and second, that people in Slovenia are incredibly friendly and open. Throughout our tour, we could either see or were told the contents of all the foods we ate, so we knew exactly what we were putting into our bodies. Since all the food was fresh and not processed, it not only tasted better, but we felt energized after eating our meals instead of groggy, as we often do after eating processed foods in the U.S.

We also observed that the people in Slovenia are very friendly and open. Many of the stops we made were at people’s homes, and Tine would simply call them when we were heading over to inform them we were going. For a few of the stops, no one picked up, but we went anyway, knocked on their doors, and were welcomed with open arms. Despite the language barrier, we truly felt welcomed everywhere we went, and we felt like we were having meals with old friends rather than with strangers. 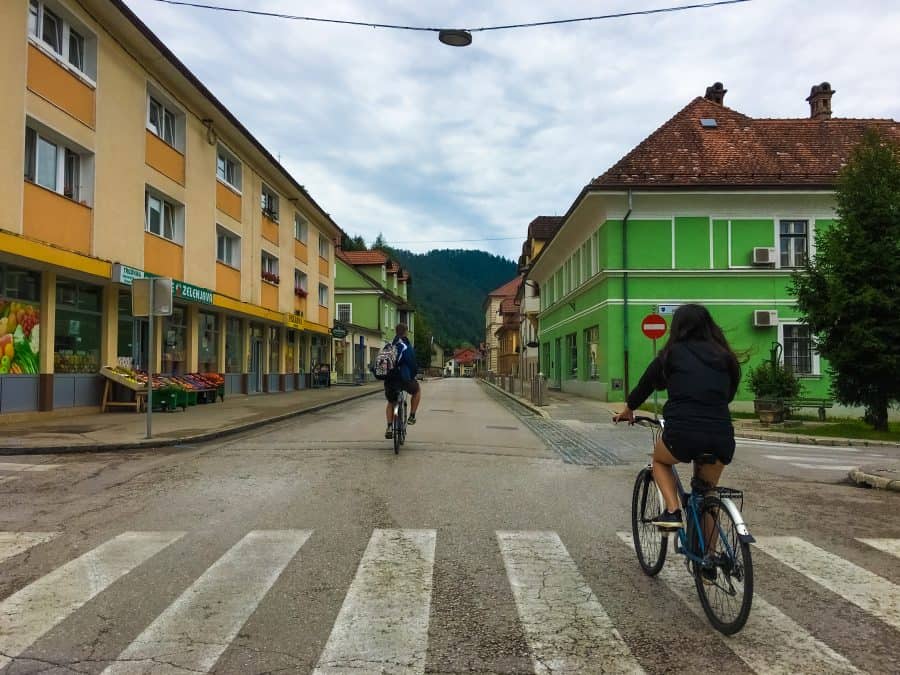 Our culinary and food tour in the heart of Slovenia was one of the highlights of our time in Slovenia. We would strongly recommend taking the tour with Tine, our tour guide, because he was very well organized the entire time and constantly indulged us with more information and knowledge about Slovenia. Book your tour with him here, and check out his other tours here. 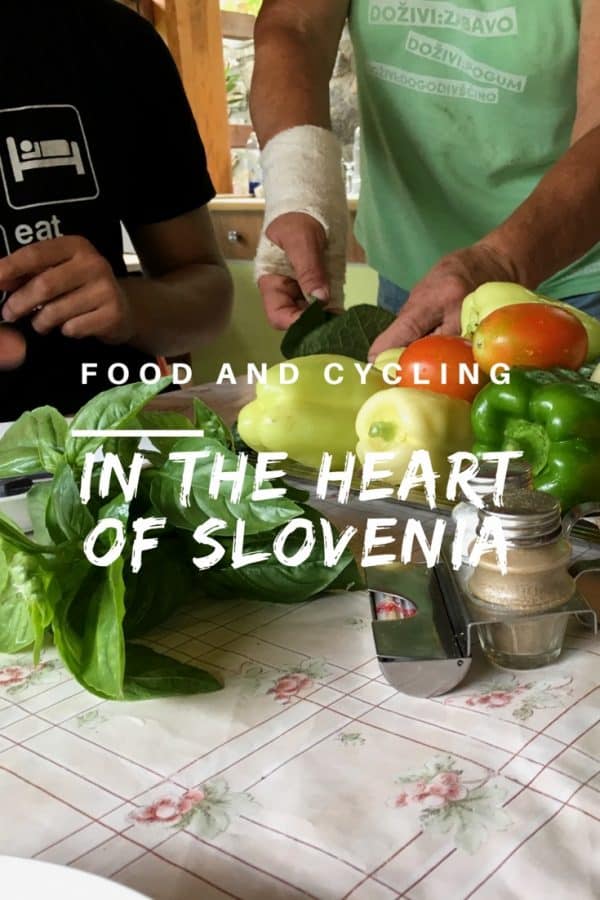 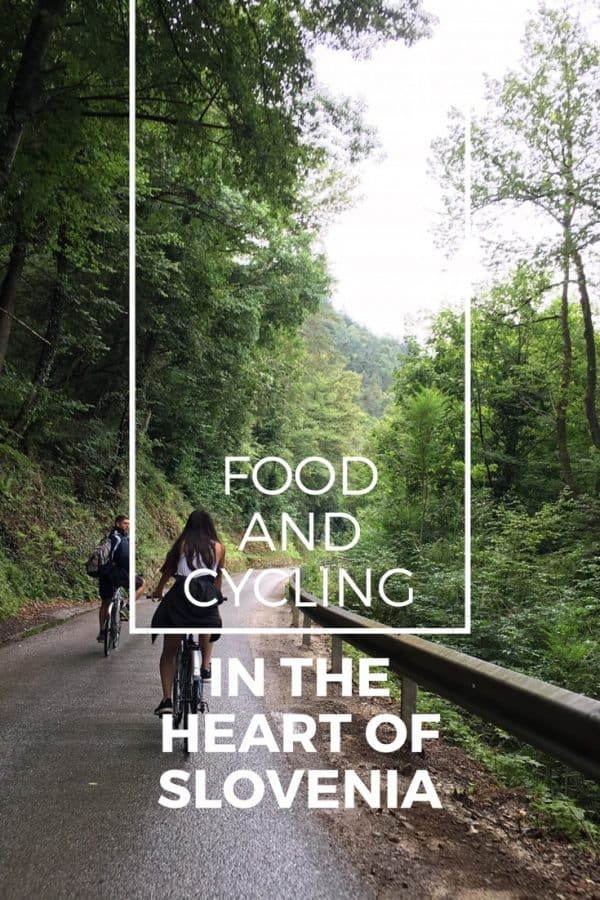 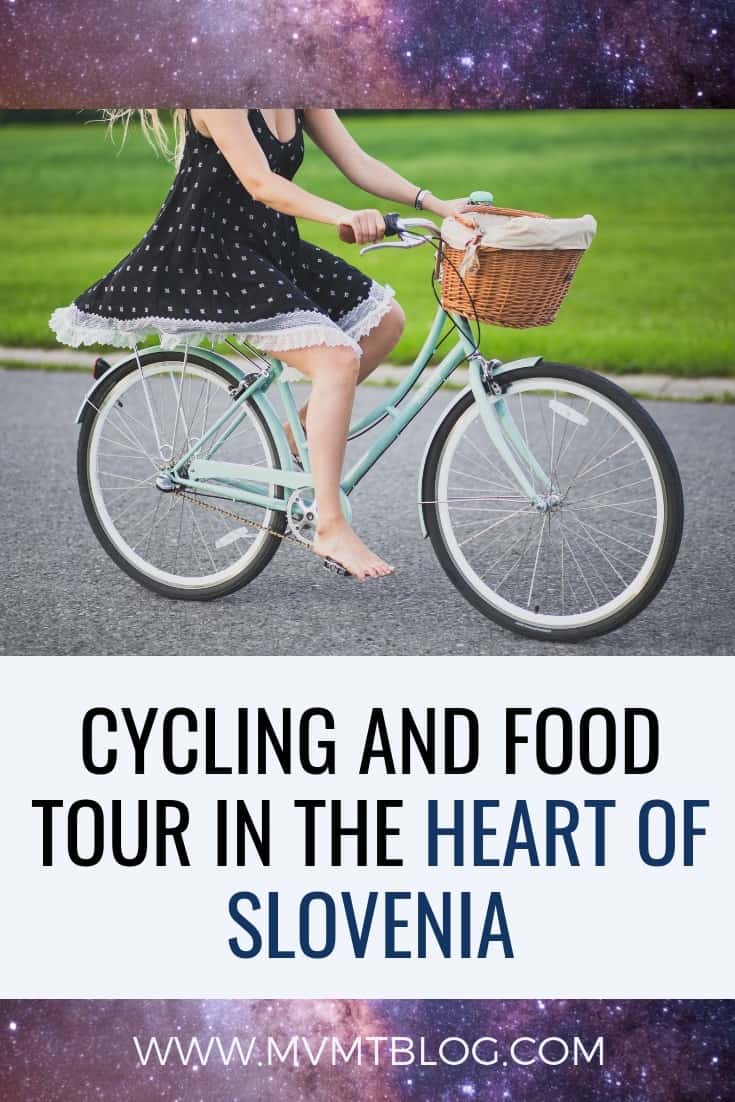 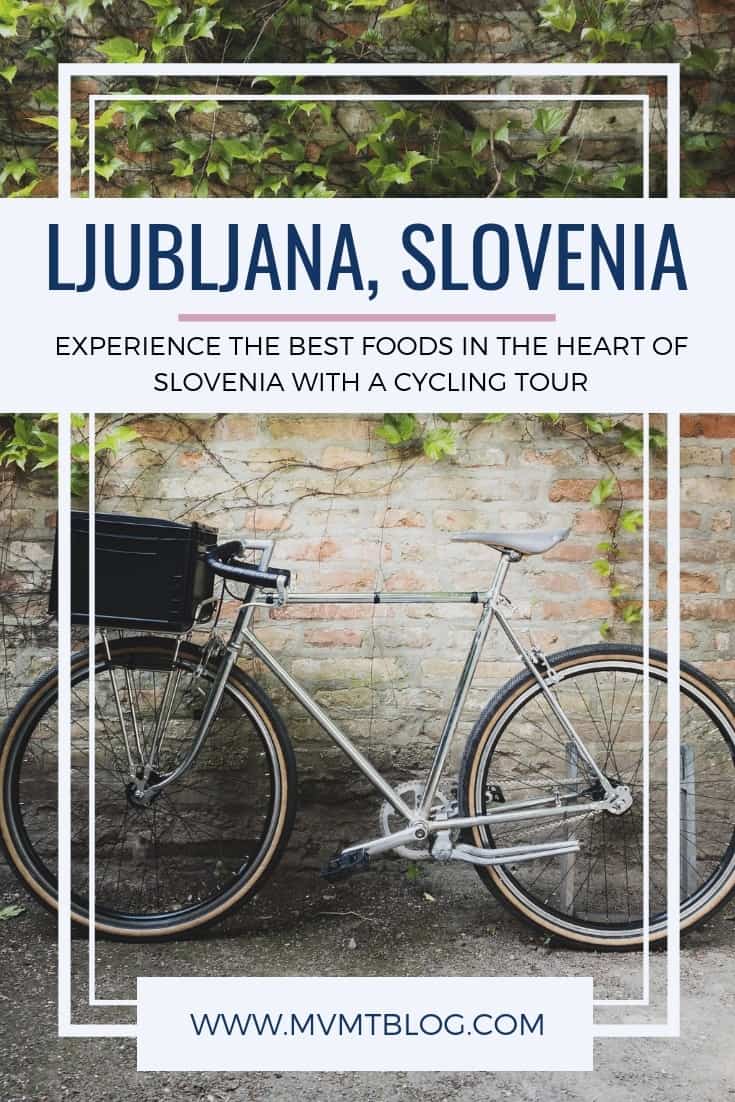 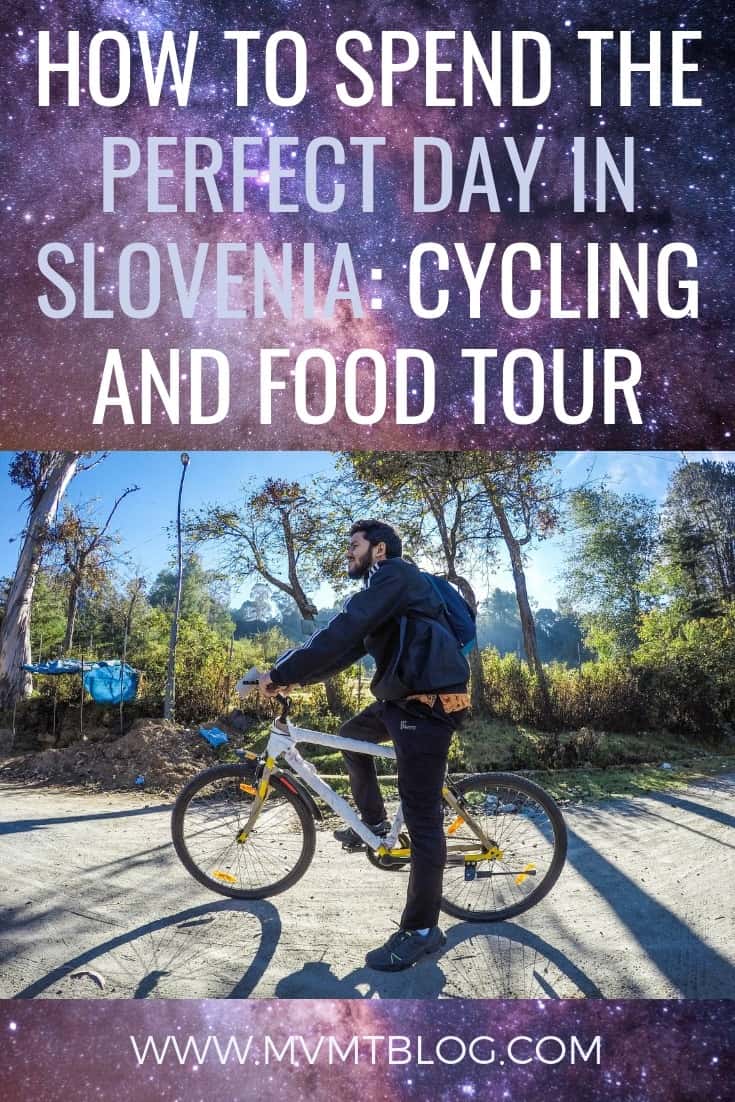 A big thank you to Turizem Ljubljana, Tine, and Hotel Vegov Hram for making our experience possible. As always, all opinions are 100% our own.