Exploring Klaksvik and the Northern Islands

We arrived in Klaksvik on the second day (first for me due to my flight delay) of our Faroe Islands adventure. Klaksvik is the second-largest city in the Faroe Islands located on the island Borðoy, but keep in mind that all 18 islands of the Faroe Islands have less than 50,000 people, so the second largest city is still not very large. Klaksvik is situated next to a lake and is built around it in a circular fashion. The best way I can describe the city is that it is built in a spiral starting from the ground and weaving up into the mountains. It reminded my sister and I of the fjord towns that we visited during our trip to western Norway (read about it here). We arrived in Klaksvik around 4:00 PM and spent the next 24 hours exploring Klaksvik and the Northern Islands.

4:00 PM. Our first meal in Klaksvik was at the Roykstovan Pub. We ordered tomato soup, ham and cheese sandwiches, and nachos with chicken at the pub. The mixture of the food and overall ambiance led to a very filling meal in a cozy and comfortable atmosphere. After spending a bit of time in Klaksvik, we realized that restaurants may not necessarily be in the culture of the Faroese people because they were typically pretty empty when we went to eat. And, after all, there are less than ten restaurants to eat at in the entire city of Klaksvik. 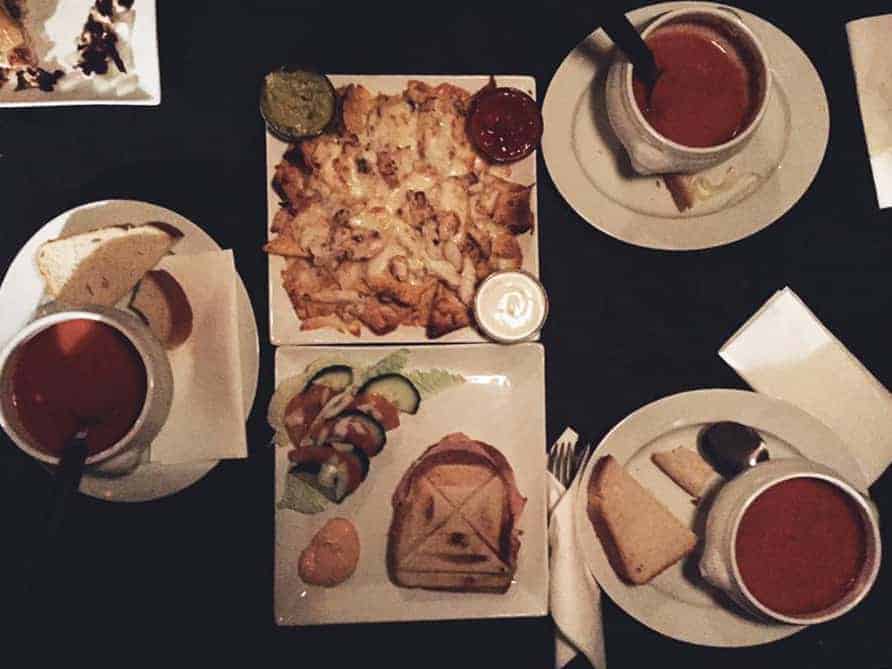 6:00 PM. That night, we stayed in an Airbnb on Stangavegur Street with our host, Kristian. He was extremely helpful and friendly, and we would highly recommend staying with him. Not only was he extremely responsive to our messages, he even offered to come to Roykstovan Pub to meet us and lead us to his apartment. We had an amazing view of the town from our balcony, and the nighttime lights made it even more breathtaking. After we settled into our Airbnb, we went for a short walk to the nearby grocery store, where we purchased some snacks and breakfast for the next morning.

9:00 AM.  After eating a quick breakfast at our Airbnb, Kristian kindly met us at his apartment, ready to show us the way to Klakkur, where we were planning on taking a morning hike for some nice views. However, it was raining that morning, so we decided to visit the Northern Islands first and the come back and do the hike later in the morning/early afternoon once the weather cleared up a bit. Nevertheless, Kristian still kindly brought us to the starting point of Klakkur so we would know where to go when we started our hike because it was very tricky to find on our own. We’ll show you a detailed map of this below.

9:30 AM. After Kristian led us to the starting point of Klakkur, we said goodbye to Kristian and headed out to the Northern Islands. We first had a look at the island of Kunoy from where we began our drive in Borðoy, where Klaksvik is located, and then crossed the bridge to Kunoy and lingered around Haraldssund for a while as the views there were impeccable. We didn’t spend much time in Kunoy because there wasn’t much to see in the actual village, but the surrounding areas had fantastic views. The bridge crossing over from Borðoy to Kunoy was a scenic spot with a row of mountains and a long open road, and we took the opportunity to snap a few photos. 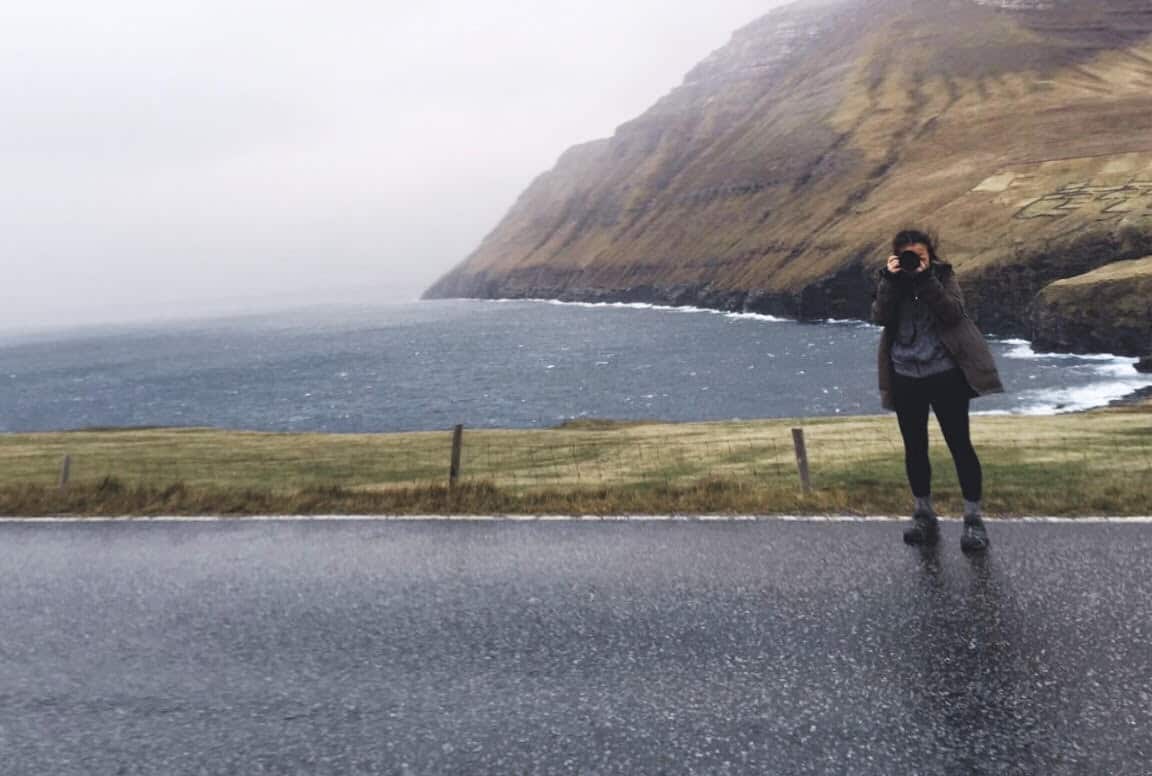 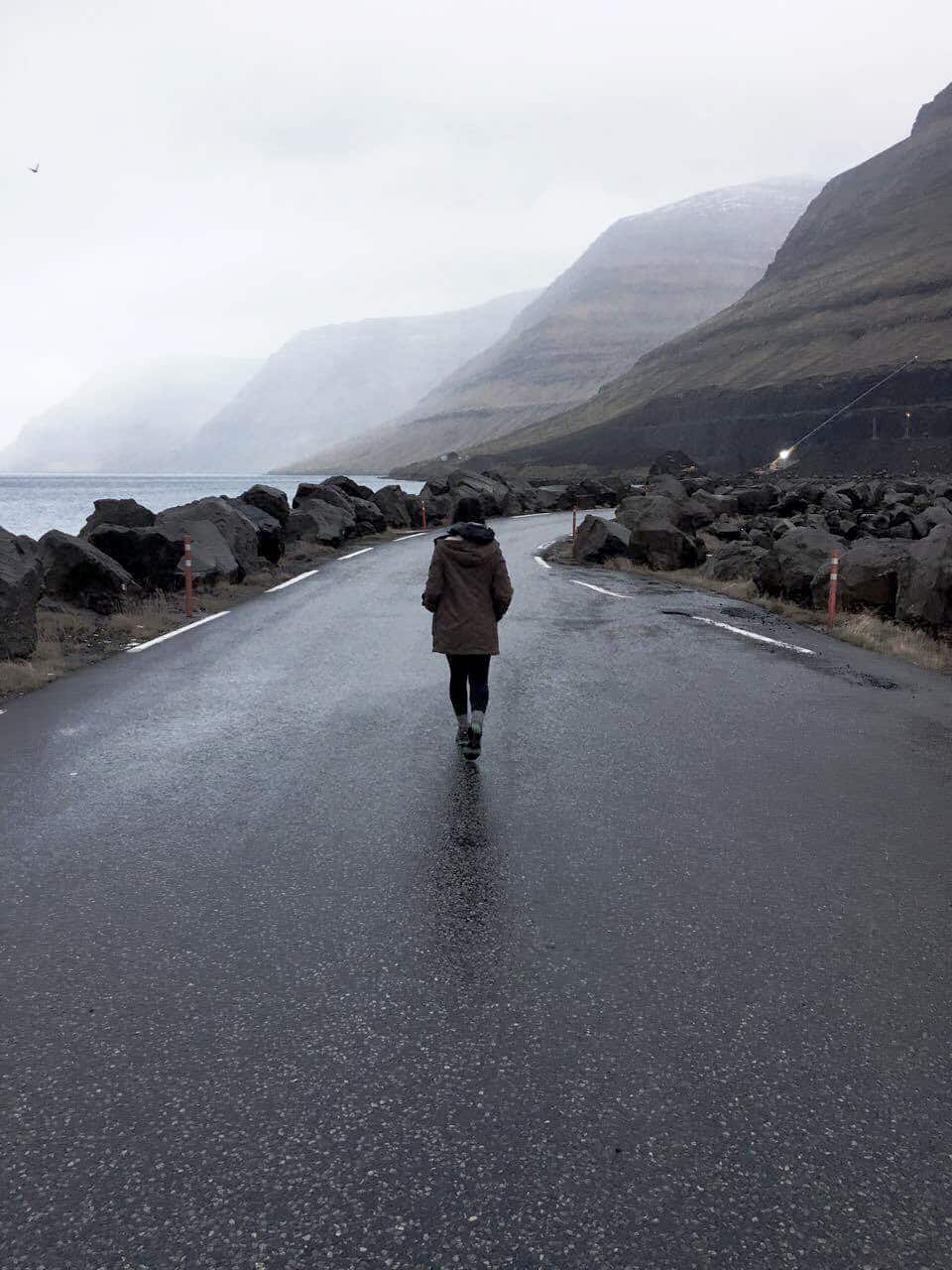 We then drove back down Ánavegur street toward Borðoy and took the Árnafjørður tunnel to the east side of Borðoy, where we could cross over to Viðoy. There, we would visit the northernmost town in the Faroe Islands, Viðareiði, a small town with a little under 350 people. The city itself is very small, and there isn’t much to do, but the roads leading up to it and around it are definitely worth stopping at for some photos. Throughout our drive, we stopped for pictures at many different points.

On the road around Viðoy, we were able to get some photos standing on the road because there were no other cars driving around. 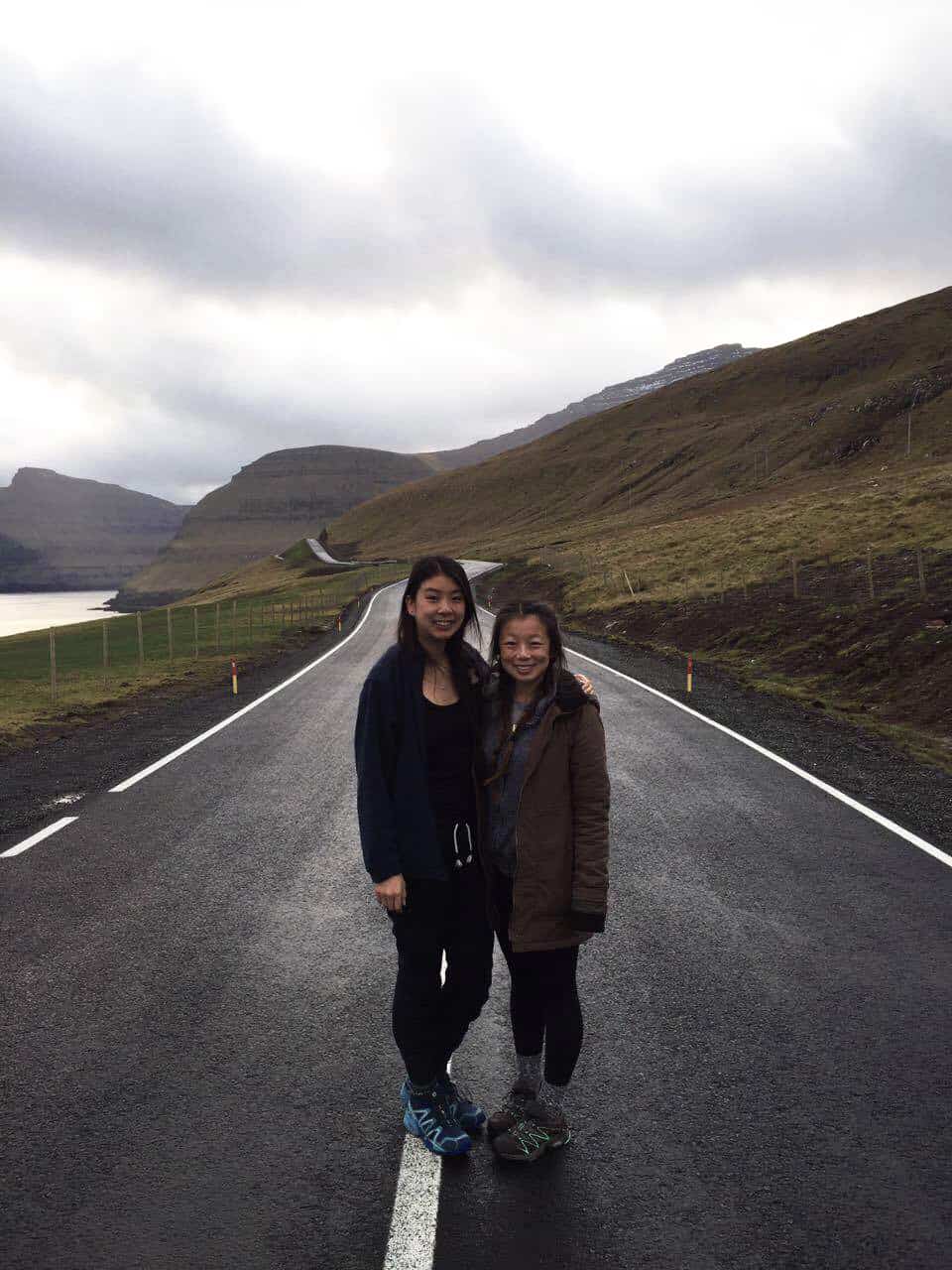 It is important to note that when you cross the bridge into Viðoy, there is an option to either go left or to go right into a tunnel. If you go left, it will take you directly to the northernmost city of Viðareiði. If you go right, there will be a longer drive and slight detour but there are excellent views as the road is right next to the sea. You can also choose to do both and drive in a loop (which we did largely because we were lost) and see all of the sights! 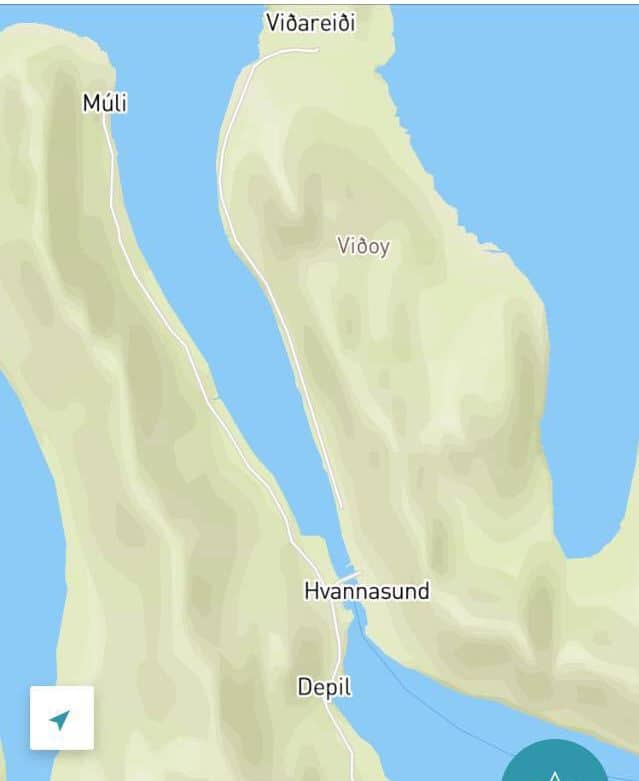 In Viðoy, there were also various spots to stop for pictures of the numerous waterfalls that they have. We stopped at one particular waterfall and were able to climb so that we were almost in the waterfall. 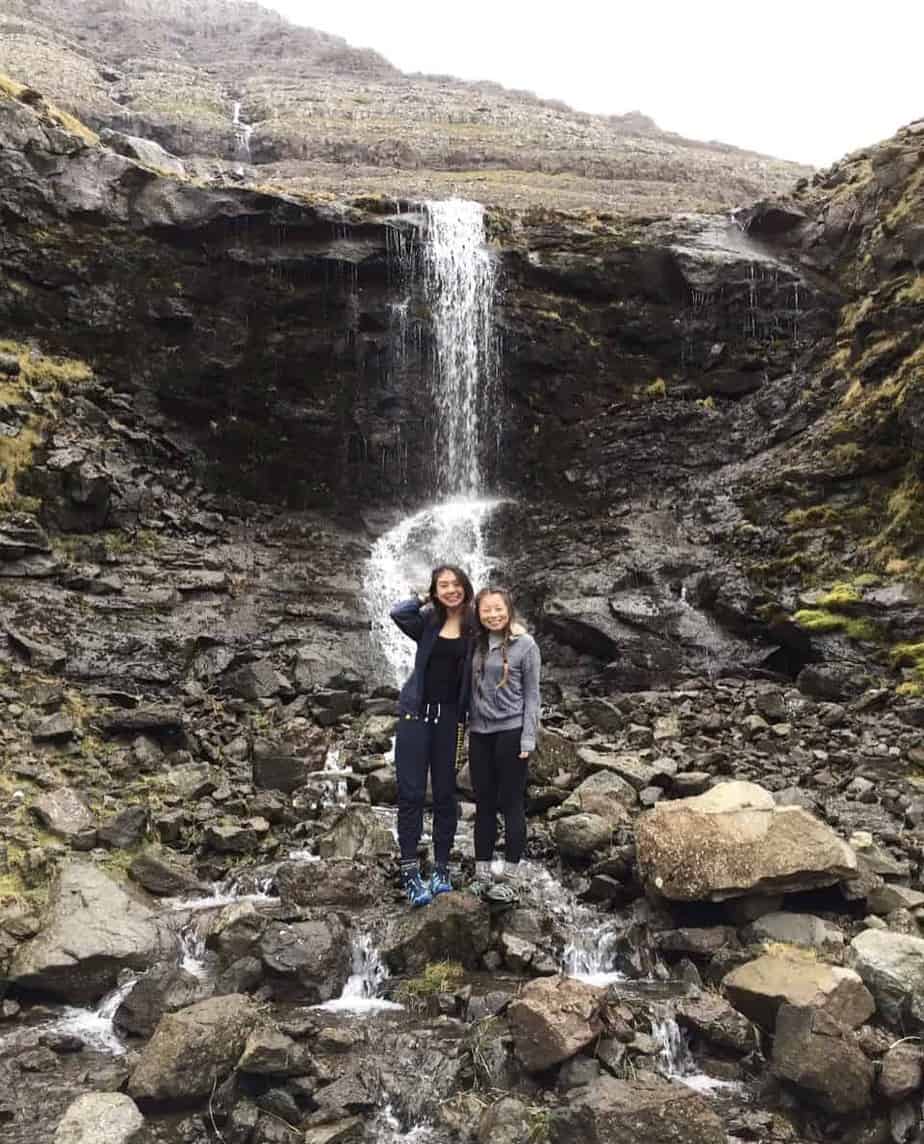 12:00 PM. After touring the Northern Islands, we drove back to Klaksvik and had a quick meal at the Jacqson Restaurant. They had a brunch special with curated meats, cheeses, eggs, bacon, and more. My parents opted for that option and my sister and I ordered paninis. The food here was all very well made and again, the atmosphere of the restaurant was very relaxed and welcoming. 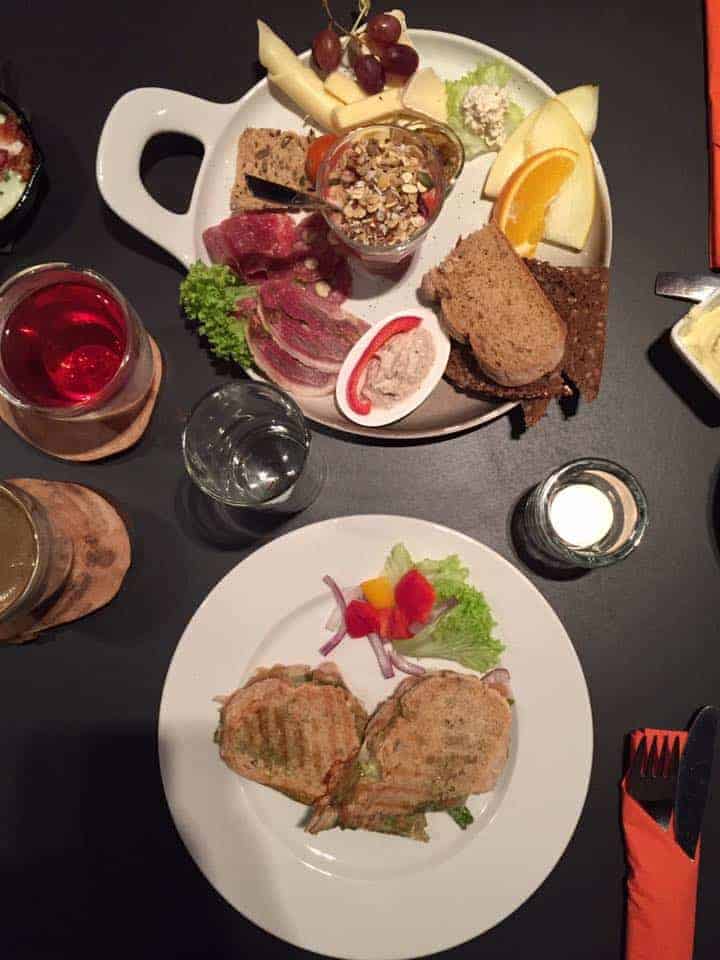 1:30 PM. After our hearty meal at Jacqson, we headed out to Klakkur. To reach the bottom of the hike to Klakkur, you have to follow a road called Nidan Horn in the city of Klaksvik. It winds up a mountain, but keep driving on it for about five minutes, and you will reach an area of open road where you can park your car. The road gets narrower for the last few minutes of the drive, and when this happens, you’ll know that you’re close. 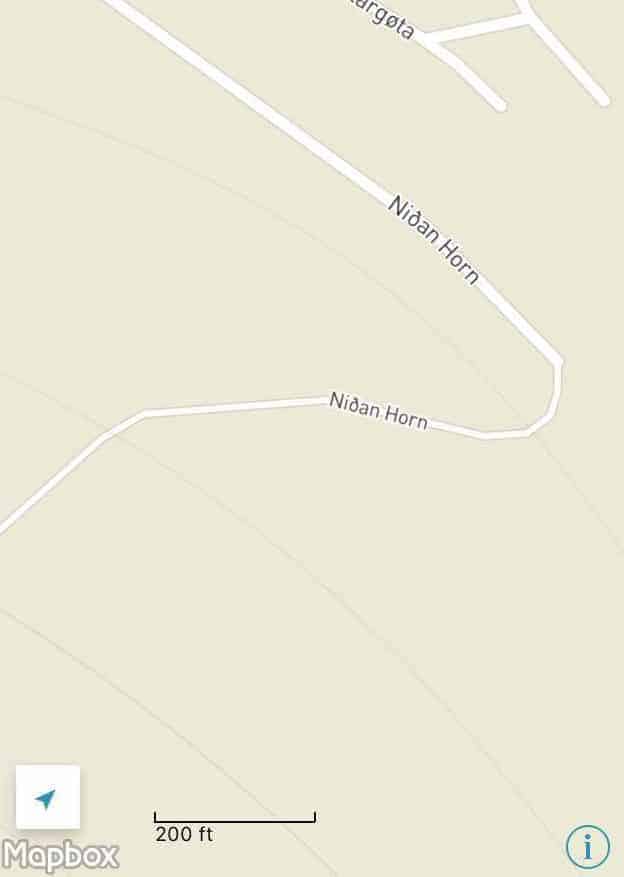 Follow Nidan Horn all the way up the mountain until you reach an open area at the end of the dirt/gravel path. There, you can park your car and begin your hike. 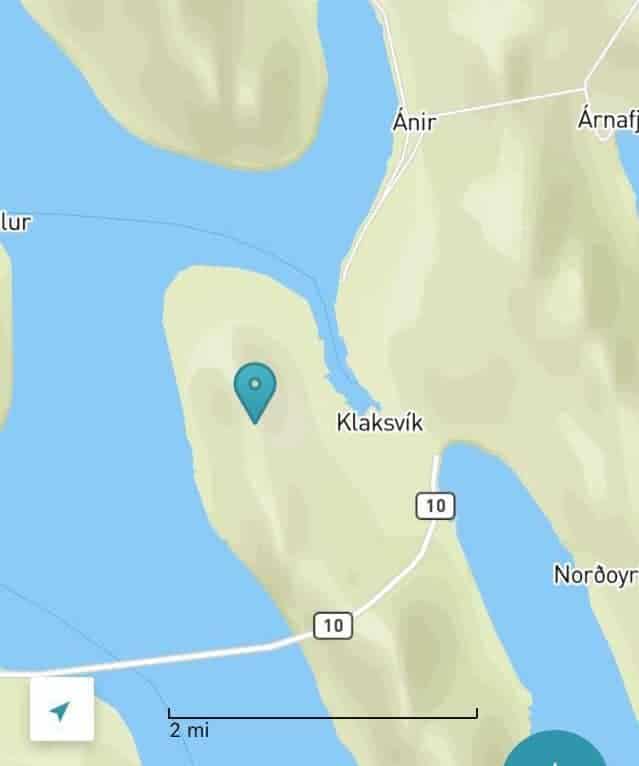 The location pin on this map is set to Klakkur, so you can see where Klakkur is located in relation to Klaksvik.

Once you park and begin the hike, it is important to note that Klakkur is the mountain on the right hand side. The mountain on the left is significantly larger and is less often hiked. After we arrived at the starting point for Klakkur, we began our ascent towards the mountain. We first passed by a small body of water that appeared to be a makeshift dam, and because the wind was so strong that day, we had to wait a few minutes before we could cross without getting soaked by the blowing water. 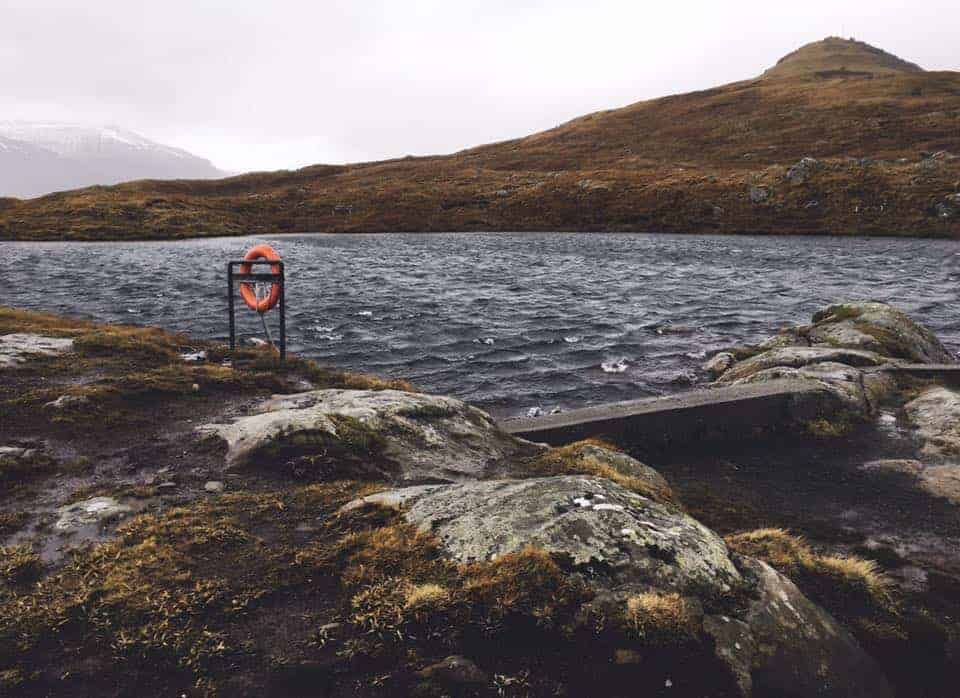 We continued on our hike up to the mountain but made it less than 20 minutes before we had to turn back. The winds were the strongest we had ever experienced, and more than once, we were blown to the ground by the strength of the wind. The winds only continued getting more intense as we hiked higher, so our only option was to turn back. We would definitely not recommend doing this hike alone or in the winter months, but it could deliver great views of the city and landscape in less windy summer months. 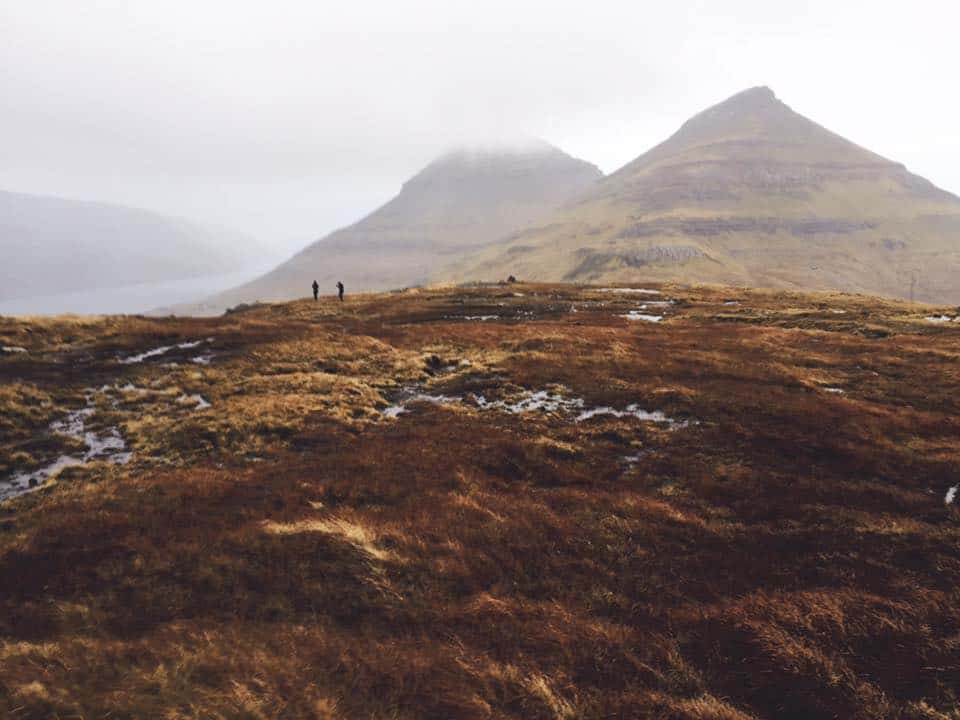