On an island off Helsinki sits Suomenlinna, a sea fortress and UNESCO World Heritage site. Suomenlinna was built during the Swedish era (1748-1808) as a base for the Archipelago Fleet, or the “fleet of the army.” The archipelago fleet was a branch of the Swedish armed forces created to protect the Swedish coasts during several wars, including the Seven Years’ War, the Russo-Swedish War of 1788-90, the Finnish War of 1808-09, and the Swedish-Norwegian War of 1814. In 1991, Suomenlinna became a UNESCO World Heritage site, and today, the seven islands that compose Suomenlinna remain inhabited and active. Suomenlinna is home to 11 restaurants and cafes, a grocery store, and even a hostel, where I stayed during my visit to Helsinki. Whether you’re a history buff or simply enjoy great views, Suomenlinna is a must-see when you’re in Helsinki. 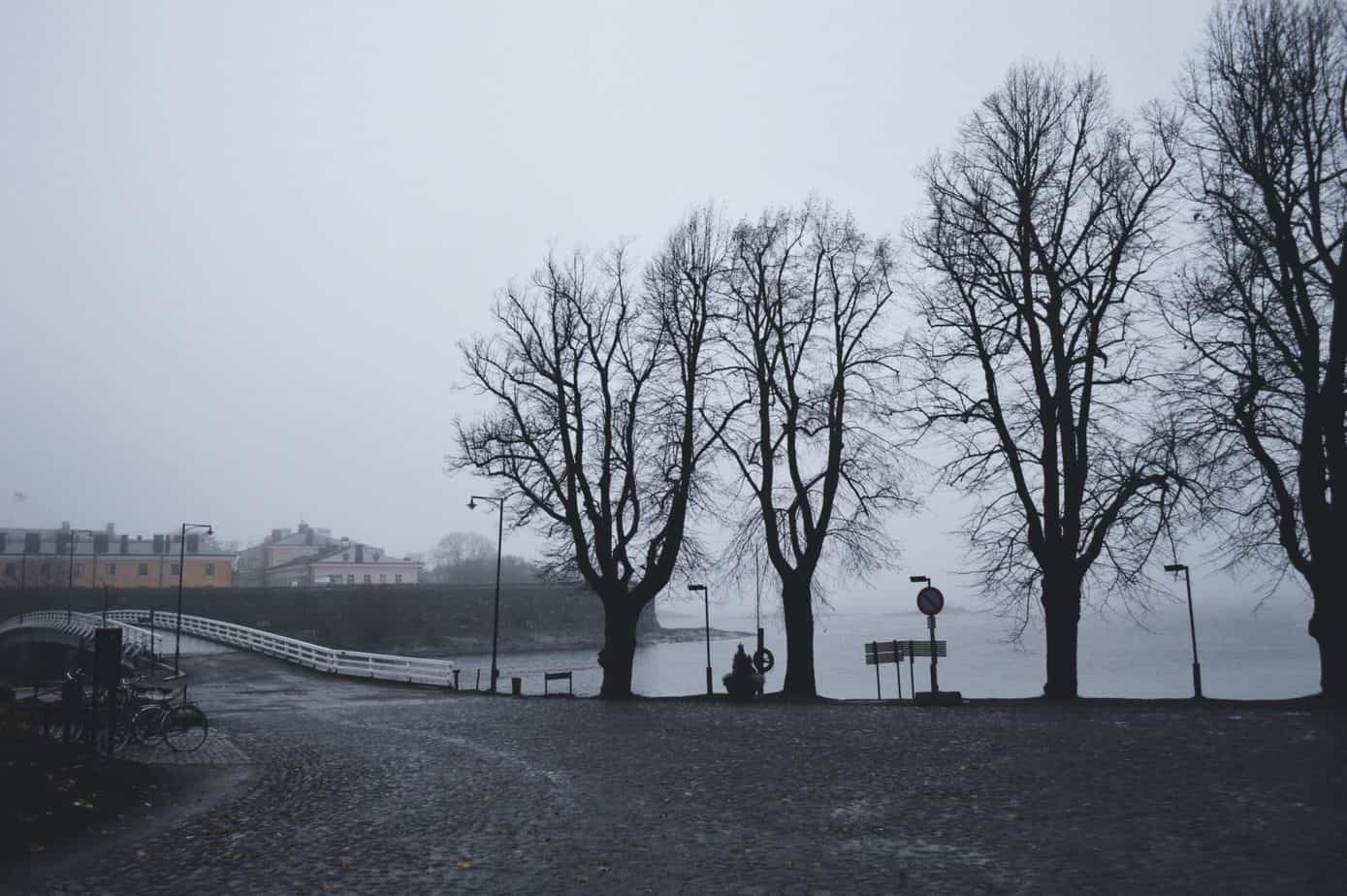 The only way to reach Suomenlinna is by ferry from the Market Square in Helsinki. The HSL ferry runs 1-4 times per hour year round and takes 15-20 minutes. You can find the full schedule here. The ferry departs from the east side of Market Square and arrives at the main pier on the north shore of Suomenlinna. You must purchase your ticket from the ticket machines on the departure pier prior to boarding, as tickets are not sold on the ferry. If you have a Helsinki Card, the ferry ticket is free. If you wish to bring your car, you must make a reservation in advance as there is only space for 1-2 vehicles on each ferry. You may, however, bring bicycles onto the ferry without a reservation. 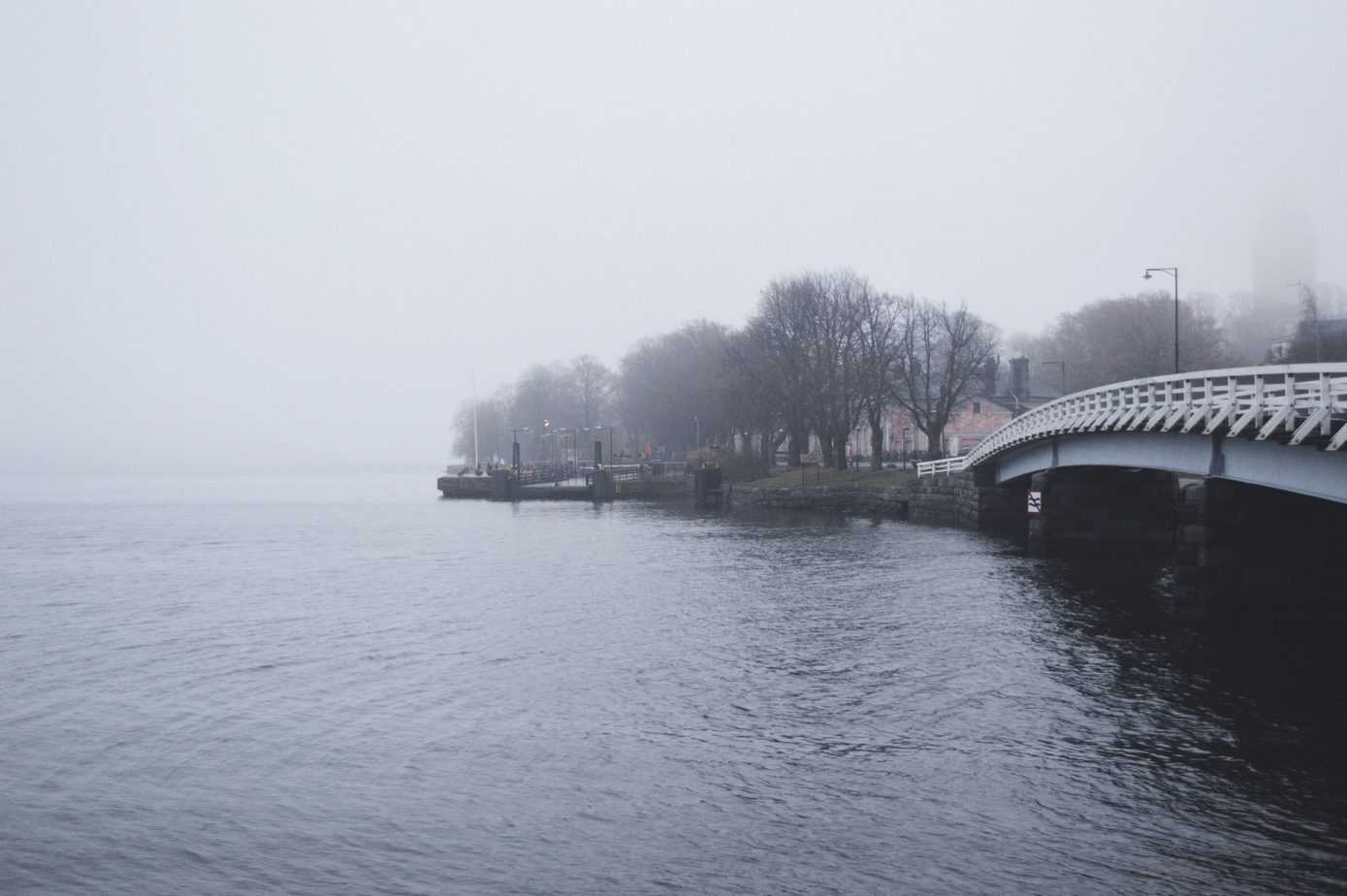 In the summer months (May – September), there is also a water bus that departs from the Kolera-allas area of the Market Square and arrives in the Suomenlinna centre pier, King’s Gate, and Lonna Island. You can view the full timetables for the water bus here. 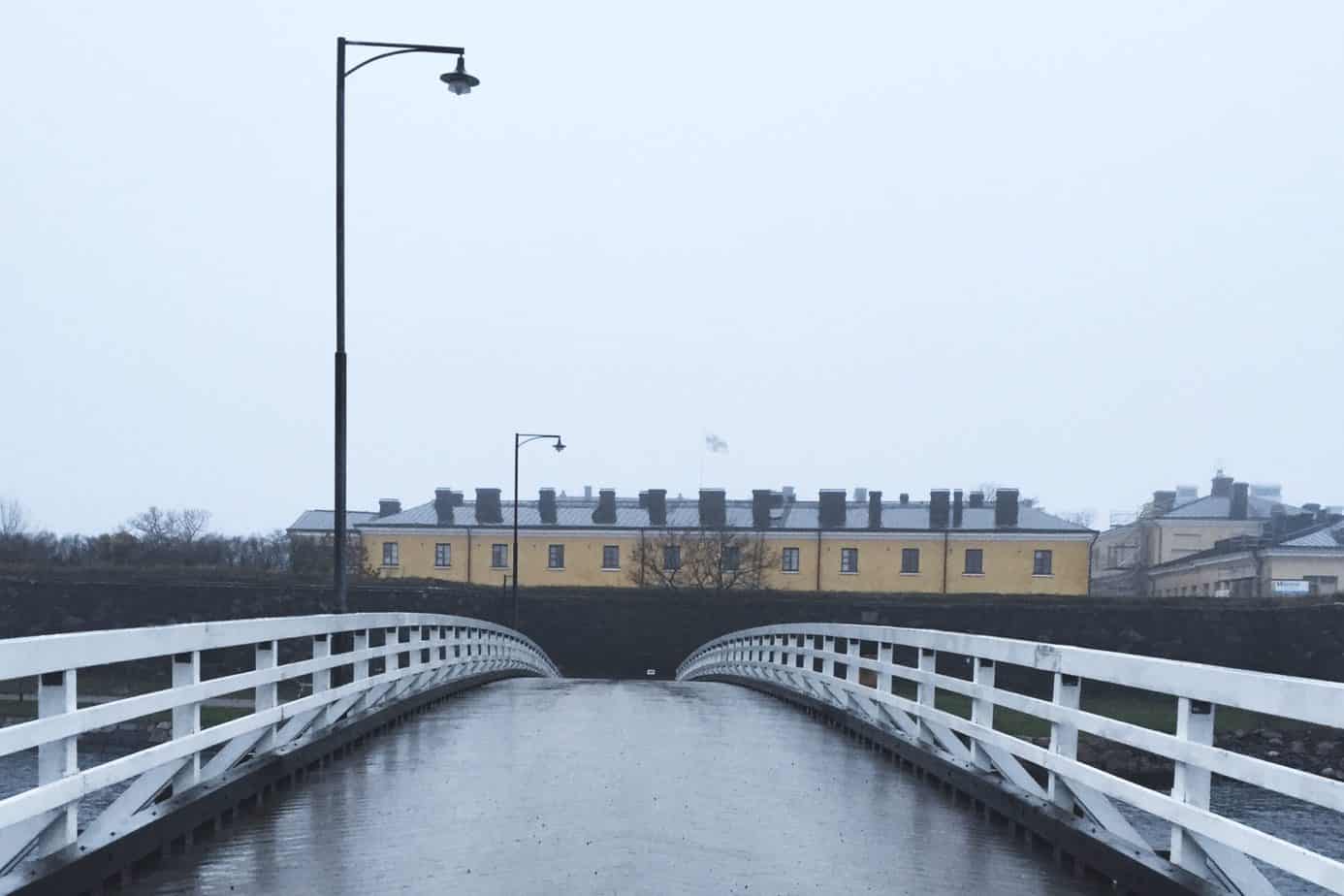 While there are tours available to guide you through the island, there is a marked route that is quite easy to follow on your own. Once you get off the ferry in Suomenlinna, go through the arch, which will put you on the blue route. The blue route is the main route that runs across the island and will take you past all of the main sights. It is marked by blue signs and is approximately 1.5km (1 mile) long. You will also find information boards along the route that provide information about some of the main sights, including the Russian merchants’ quarter, Church Park, Great Courtyard, Piper’s Park and the fortifications of Kustaanmiekka. I would highly advise getting a copy of one of these maps, as I found it to be very helpful in guiding me across the island. The island is fully accessible, so if you are traveling with a wheelchair, you can use the accessible map here. 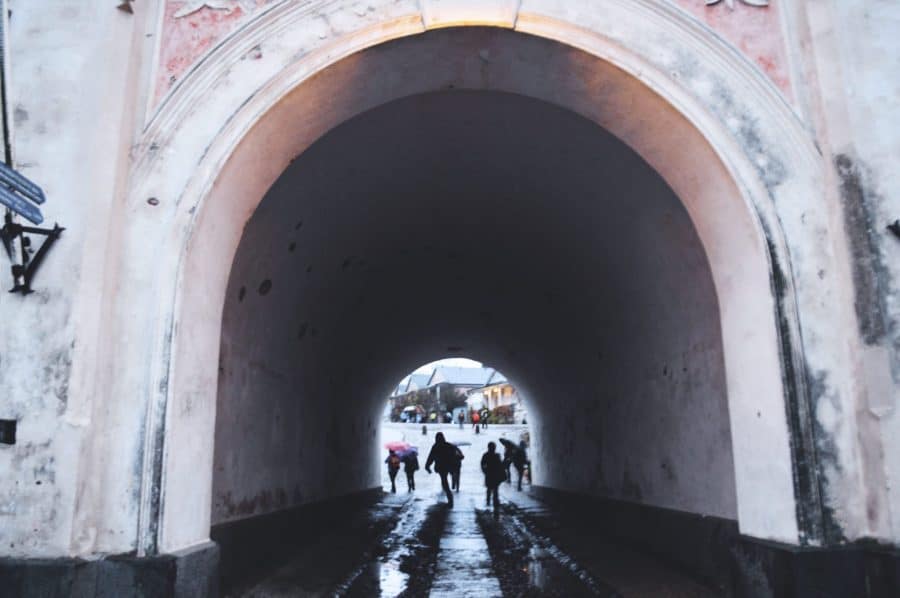 This arch is part of the Jetty Barracks, which served as the gateway to the fortress. 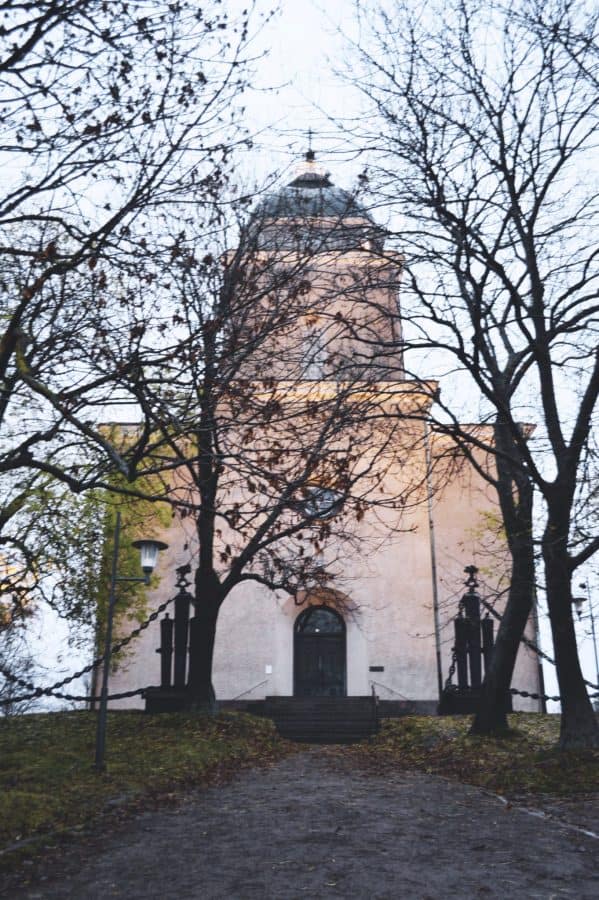 Suomenlinna Church – originally built as an Eastern Orthodox church for the Russian troops of Suomenlinna in 1854. It also had five domes at that time. 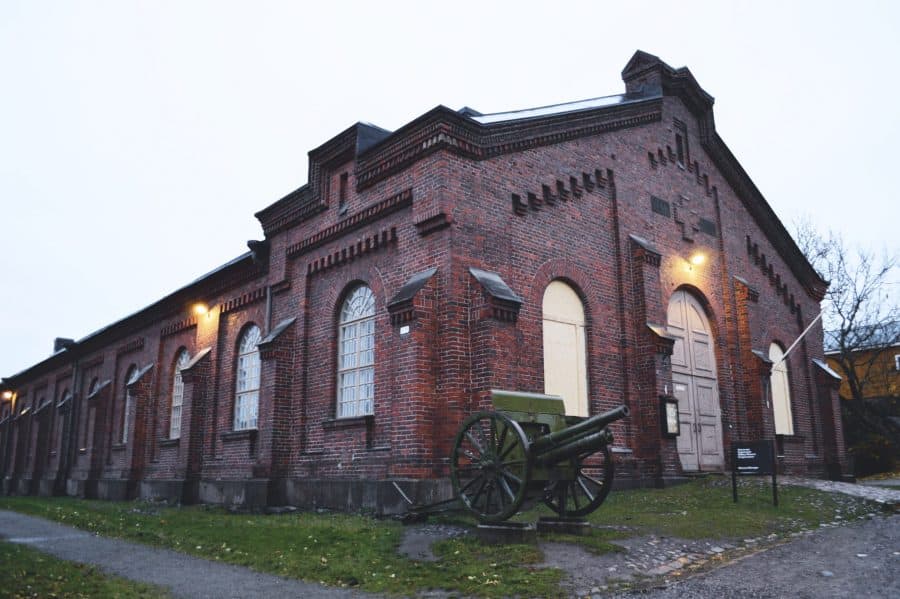 There were canons all over the island

As you walk across the island, you’ll see many different types of residential buildings for the 800 people who live on the island. Coming from a place where oftentimes entire street blocks sport identical looking houses, I was fascinated by the variety in color, structure, and material that these residences displayed. 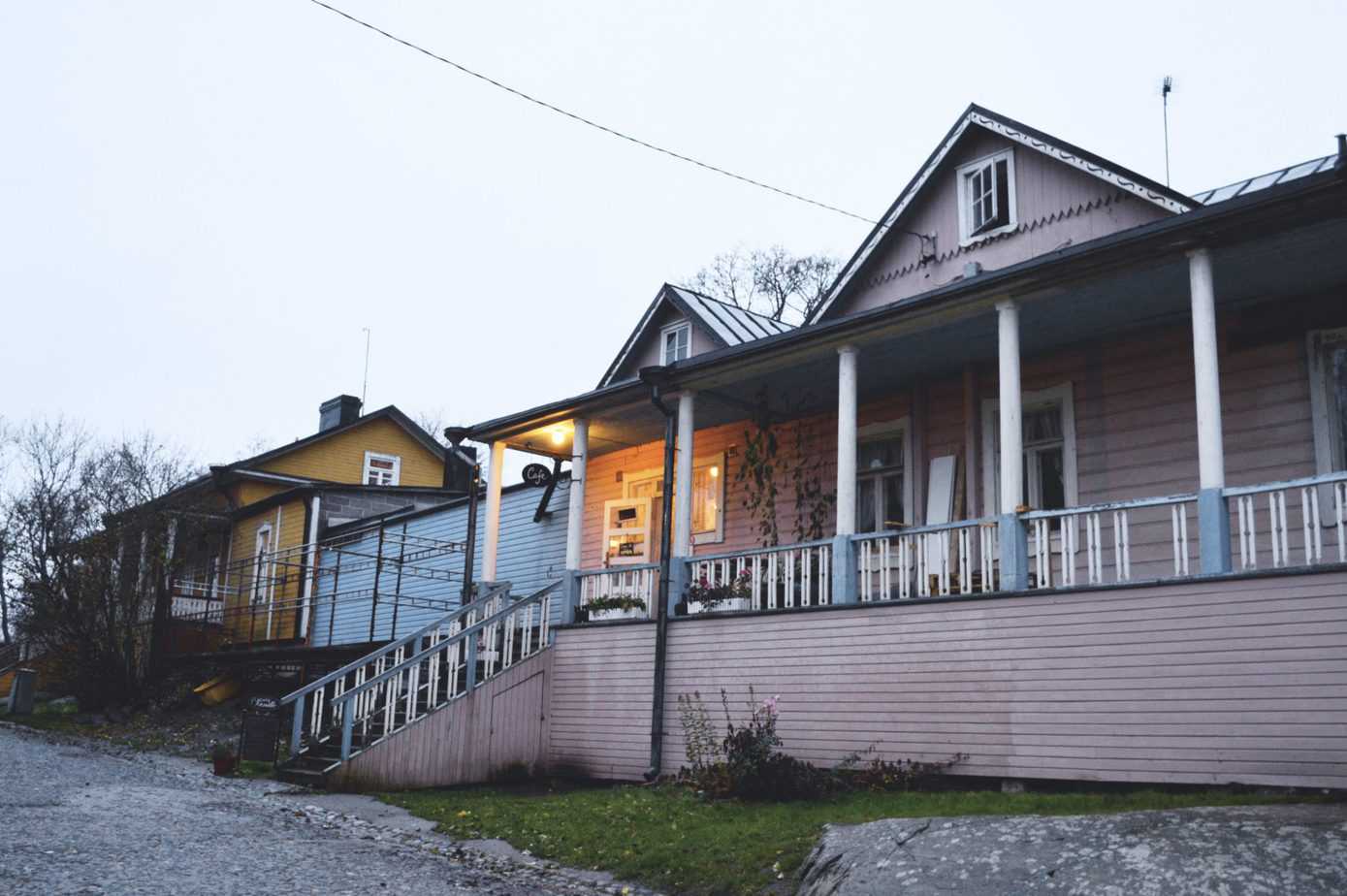 Colorful homes along the main path 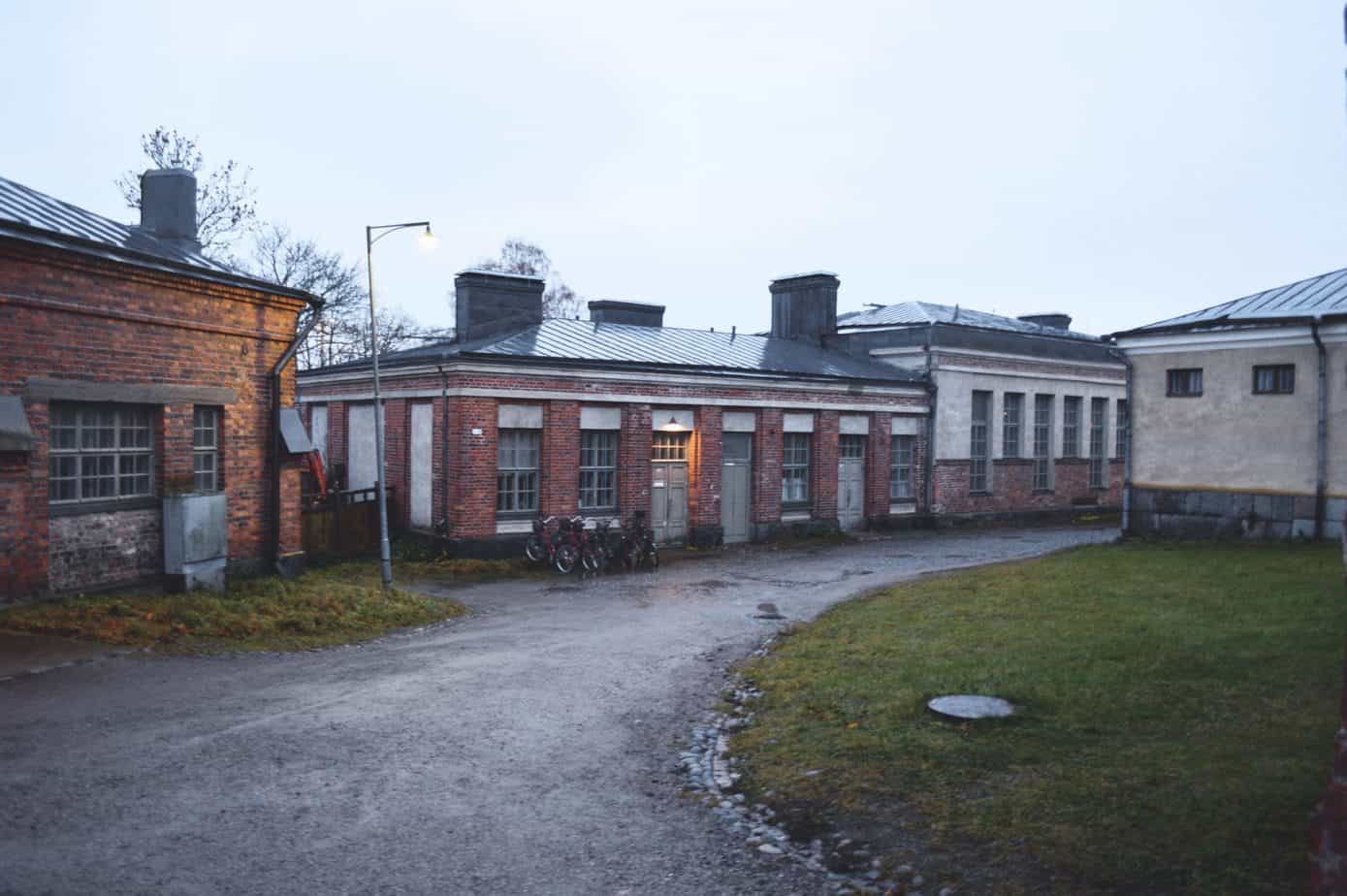 Brick residences on a side street 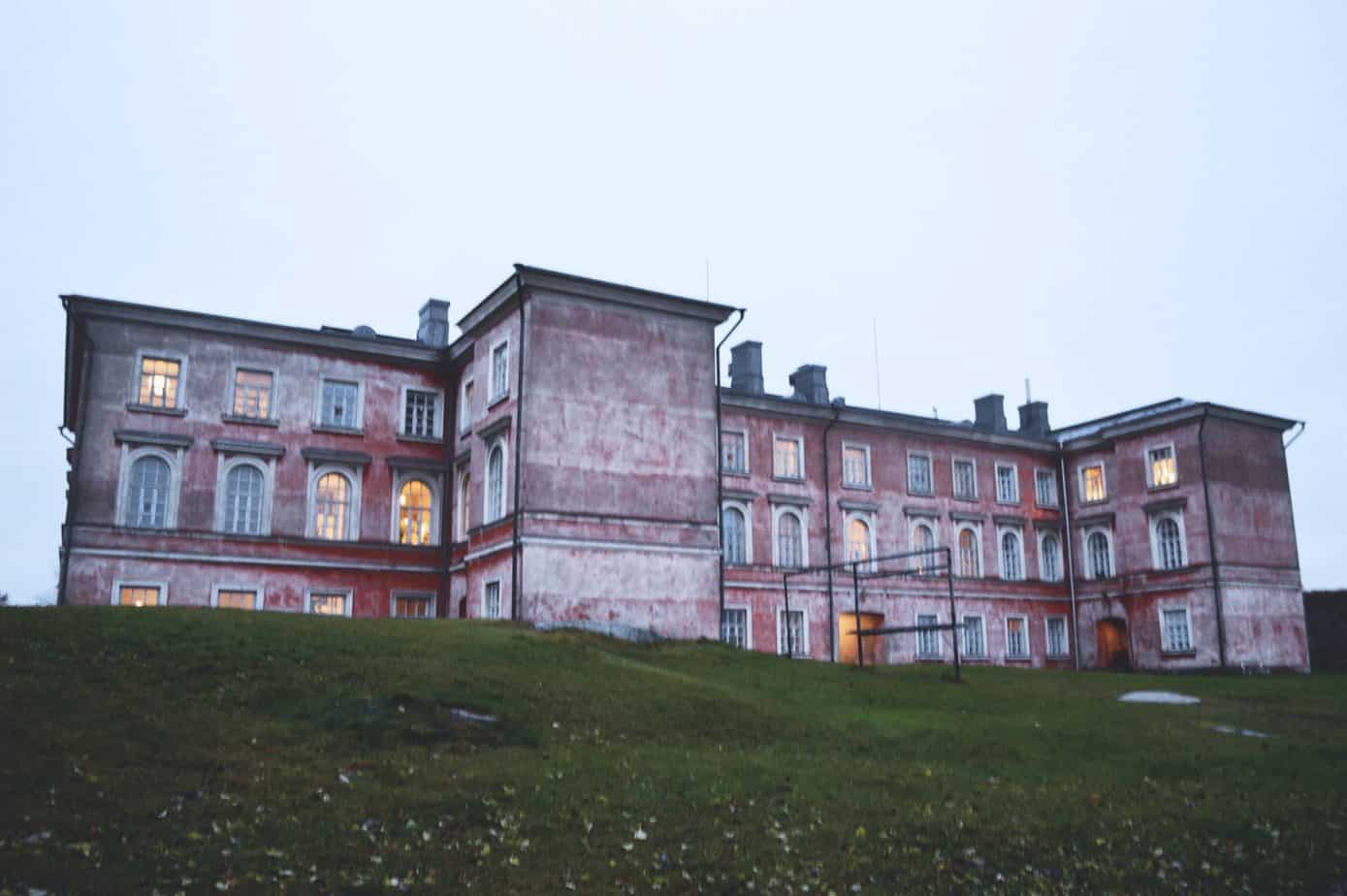 Suomenlinna also has a different kind of residence: a prison. However, this prison is different from a traditional prison. The Suomenlinna prison is an open prison, where prisoners are free to come and go as they please. The 70 or so inmates at this prison go to work everyday in the greenhouse, and there are bunnies running around the prison facilities. The inmates know it would be easy to escape, but they also know that if they escaped, they would just be captured and taken back to prison – a regular prison – where conditions are much worse. 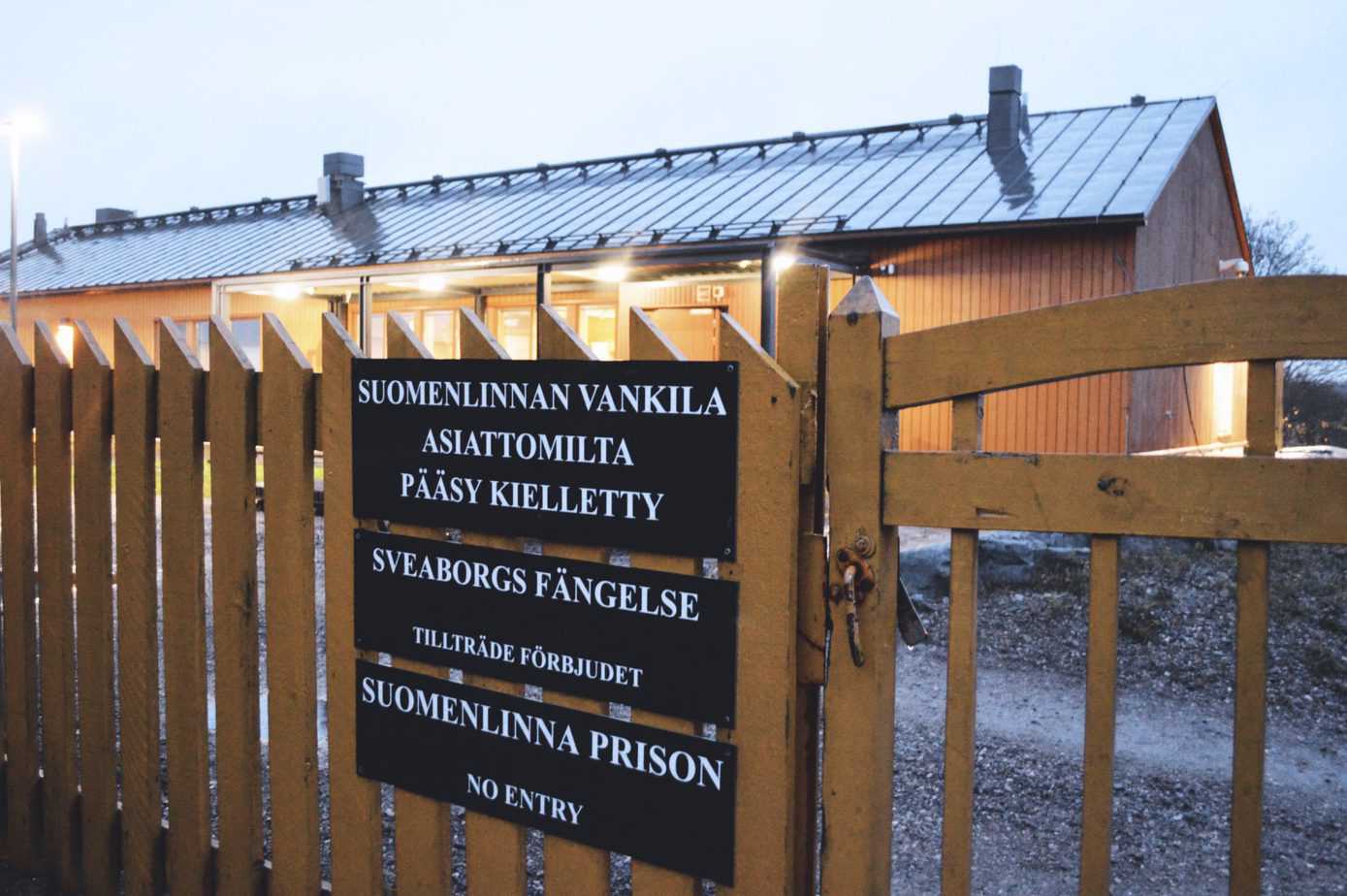 If you’ve never heard of open prisons before, you’re probably thinking that the open prison concept is a new one. However, open prisons have been around in Finland since the 1930s. The focus is more on rehabilitation, and this is the last step an inmate takes before his transition back into society.

There are 11 restaurants/cafes on the island. Inside the Jetty Barracks, which is the building that houses the arch to the fortress, is a restaurant and brewery. I had a hearty tomato soup there on a chilly day, and it really hit the spot. They also had a big selection of beers that I’d never heard of before, so I enjoyed trying that. It will cost a little more to eat out, so if you are on a budget, head over to the grocery store on the island and buy your dinner there.

Suomenlinna is my favorite part of Helsinki. It it so interesting to me how this tiny island of 800 residents sustains itself in many of the same ways a big city does – even by providing its residents with a brewery.