Three Days in the Norwegian Fjords

My sister and I had both endured incredibly long flights to Bergen, Norway, and we were both exhausted by the time we landed at around 2 PM local time. As soon as we arrived, we headed to the Hertz car rental center inside the airport to pick up our rental car. Renting a car was the most practical option for us, as we had planned to visit multiple cities to see fjords located hours away from each other during our trip, and we didn’t want to be confined to a bus schedule since we only had three days in the fjords. If it is your first time traveling to Norway, make sure you check out this guide of practical Norway tips before your visit.

Once we picked up our rental car, we drove to Bergen and headed straight to a traditional Norwegian restaurant for some authentic Norwegian cuisine. The food was plain and simple, but filling. Afterward, we spent some time exploring different sights in Bergen. We walked to Bryggen, the harbourfront, and checked out the outdoor food market near there. We also climbed the steps to Johanneskirken, or St. John’s Church, which was built between 1891-1894 and is the largest church in Bergen. Because the city wasn’t very large, we were able to walk around most of it in the time we spent there. 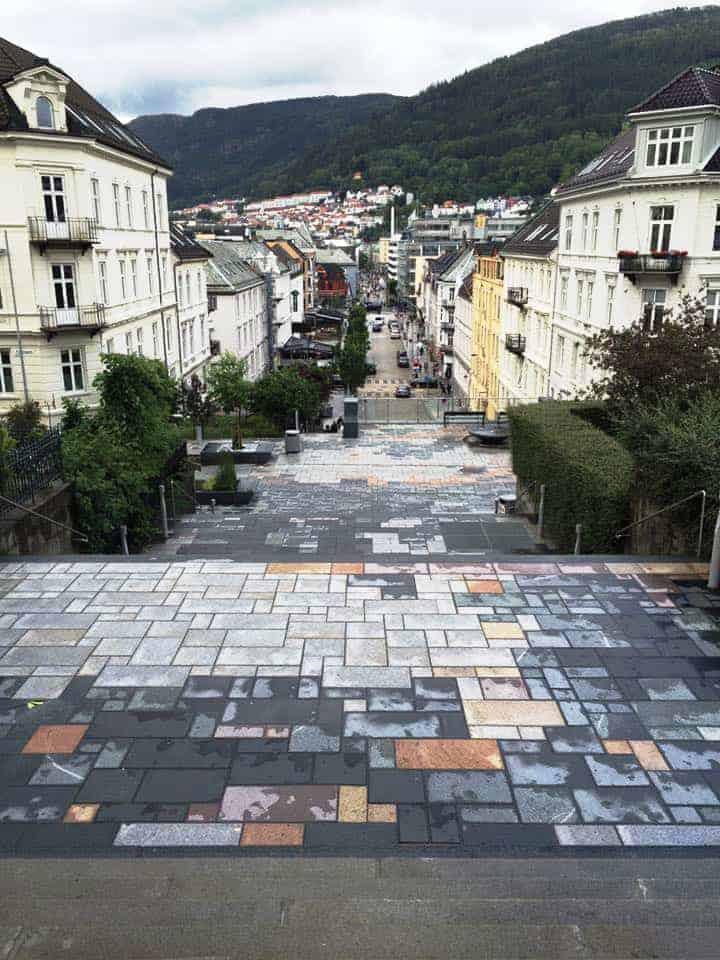 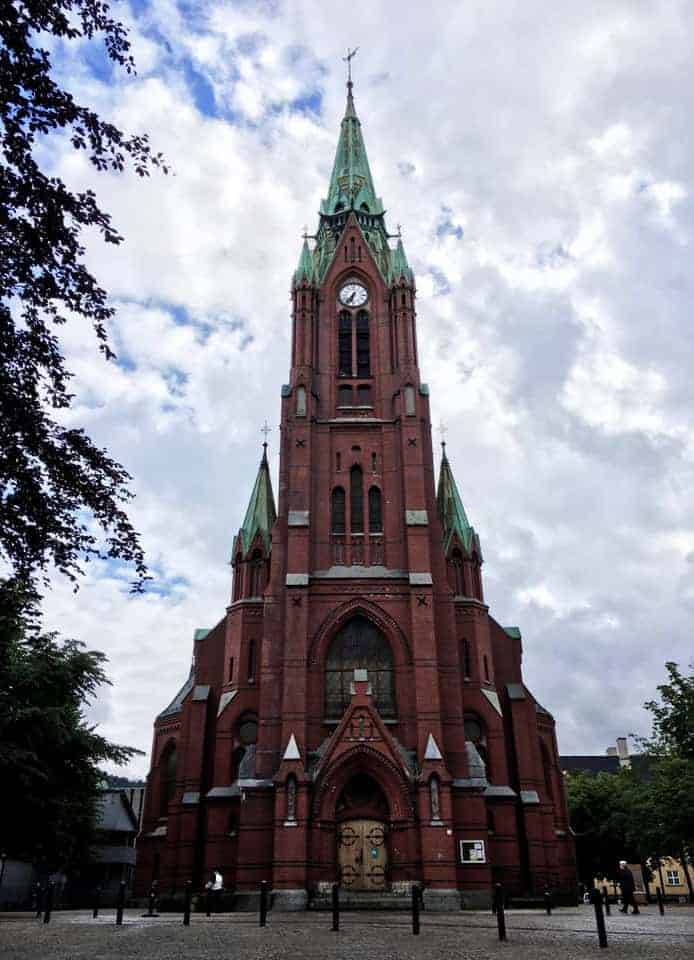 Next, we drove to the Edward Grieg museum, located 10 km outside of Bergen city centre. Edward Grieg is a composer and pianist who heavily influenced my sister’s music career. The museum was located in the first building you come across as you approach the site, but you can also visit the actual house Edvard Grieg lived in and walk around the courtyard surrounding his house. We spent some time exploring the area outside of his house and found a path leading to the fjord behind his house, which was a breathtaking sight. 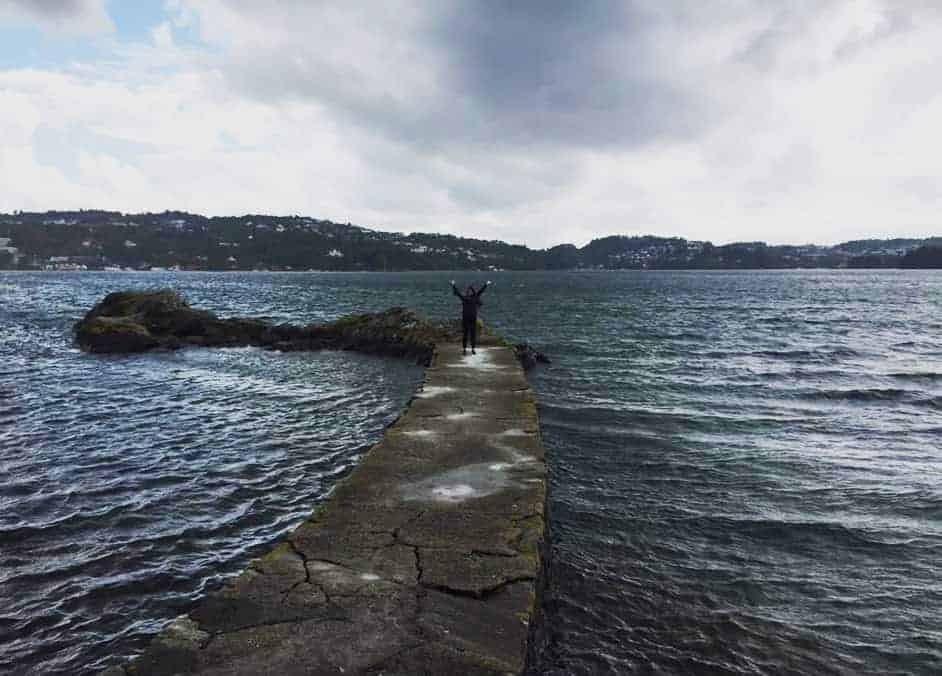 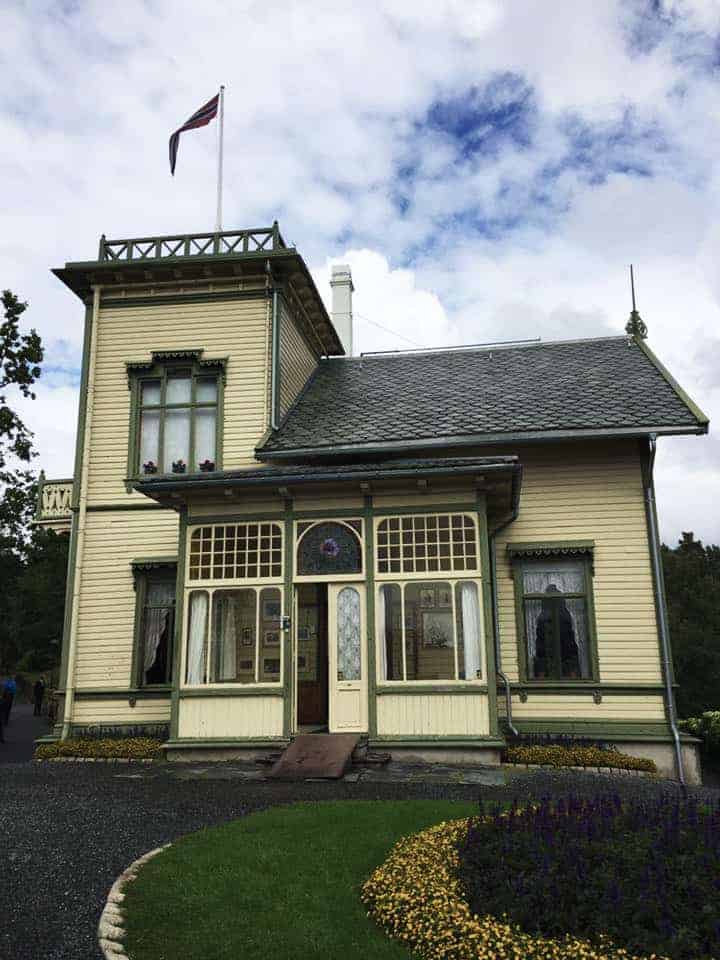 **As a side note about driving, Bergen has many roundabouts on their roads, which was very confusing for us at first, especially since we had not researched driving rules in advance. We had a hard time figuring out when it was our turn to go through the roundabout, and the cars drove relatively quickly. We were also caught in a dangerous situation when we couldn’t control the windshield while going through a heavily precipitated tunnel, so we highly recommend reading up on country-specific driving rules and familiarizing yourself with your rental car before visiting any new country! You can find Norway driving rules here.**

After going to the museum, we began our three hour drive to our accommodation in Odda. Since our trip was in July, we were fortunate to experience longer daylight hours, which means more opportunities to see the sights. It usually didn’t start to get dark until 10-11 PM. Thus, when we drove to Odda in the evening, we were still able to see the scenery around us. We ended up stopping numerous times at observation spots along the way for waterfalls, fjords, escarpments, and more. The most notable sight along this drive was Latefossen, a large waterfall that seemed to crash down right onto the road. There is a tunnel running underneath the road where the water escapes to and continues to flow out on the other side of the road. 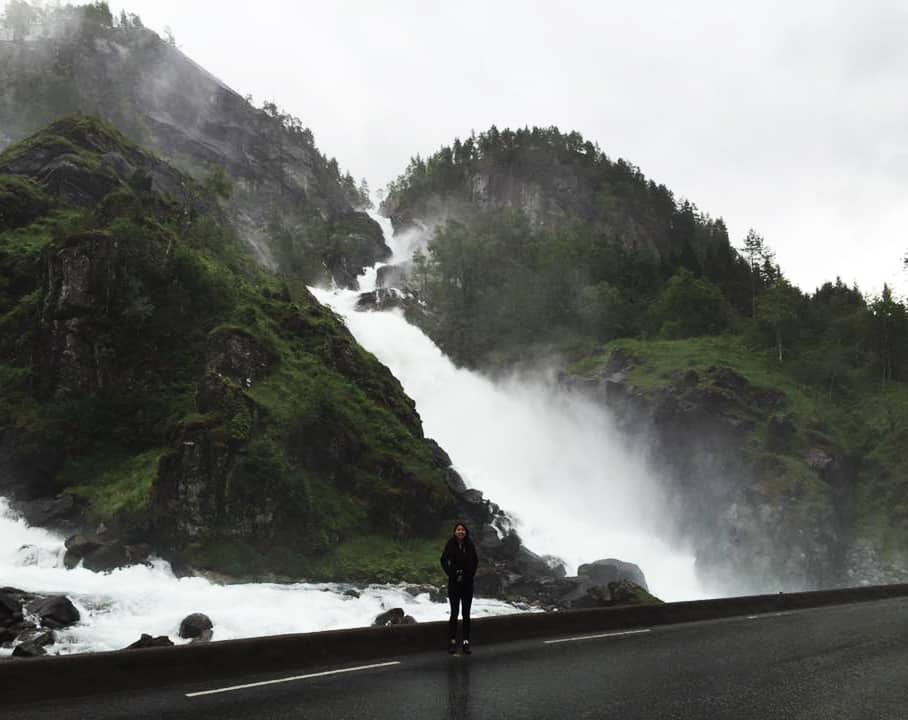 One thing we didn’t realize on our drive from Bergen to Odda was that we would have to take a car ferry across a fjord to reach Odda, which would save us an additional three hour detour around the fjord. The ferry doesn’t run very frequently, depending on the season and on the weather, so make sure you check the ferry schedule ahead of time. You do not need to book your ticket in advance, as there will be an attendant walking around with a credit card machine collecting payment once you arrive on the boat. You can either remain sitting in your car the whole way, or you can get out and walk around the inside of the boat, use the restrooms, or walk to the upper deck where you’ll find the beautiful view below. Luckily, we made it onto the ferry on its last run across the fjord that day, just in time to experience some sunset views over the water. 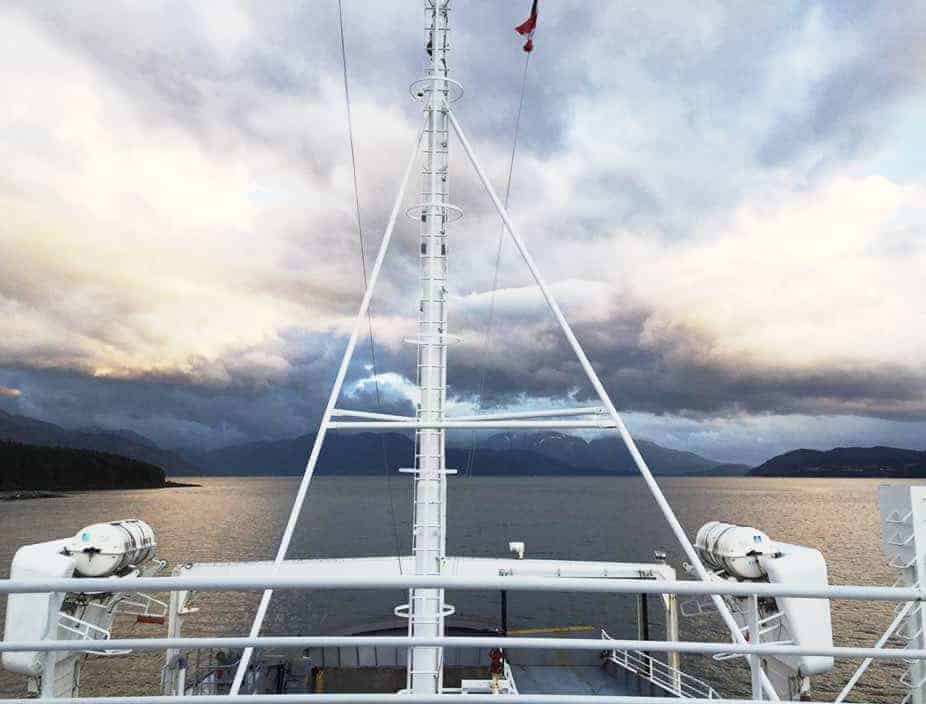 Where to Stay in Odda

Our accommodation was in a small village at the base of the fjord. We stayed in an Airbnb that could be reached by driving up a winding hill with narrow streets and densely built houses. Our destination was the Aplagarden 23 hosted by Linda Helene, and we would highly recommend staying there. We were given clear and specific instructions for how to enter the house and had no issues with this system throughout our stay there. The house was clean, the rooms were adequately prepared for guests, and we were given use of the kitchen and living areas. 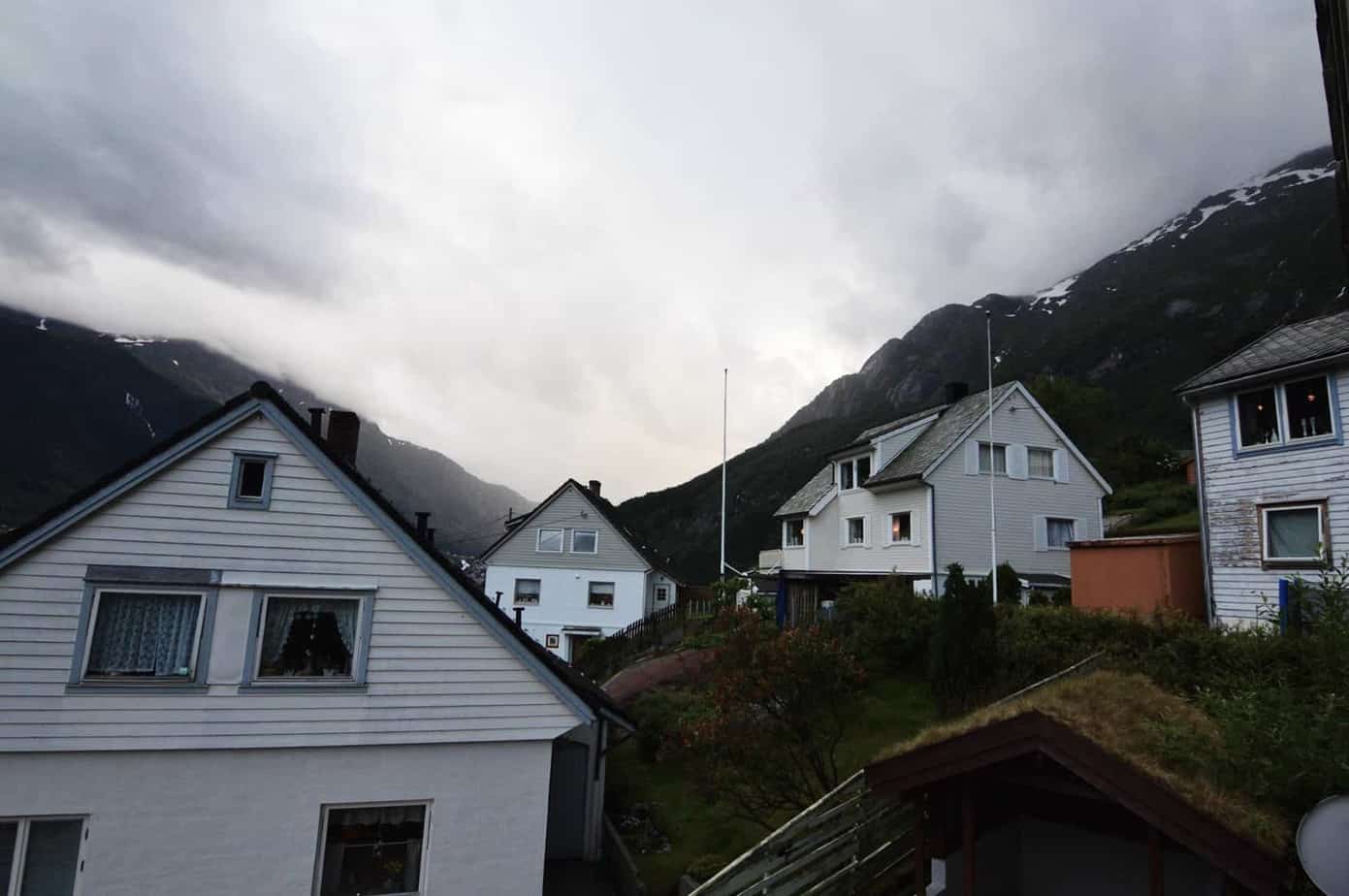 We had initially planned to hike Trolltunga the next day, but we decided to delay it by a day due to bad weather forecasts. Instead, we attempted a shorter hike to the Buarbreen glacier, located 7-8 km from Odda city centre. The hike would typically have taken a few hours, but we cut our hike short when we realized that we wouldn’t be able to reach the glacier because the heavy rain had created a river that would be inaccessible to us in the clothes we were wearing. Thus we hiked for only about two hours, but we still got close enough to the glaciers that we were able to get a good view of it. After this hike, we realized that proper hiking shoes and water resistant clothing are integral to a fun and safe hike, particularly one like Trolltunga, where we would be out on the trails the entire day. Thus, we spent the rest of the day preparing for our hike to Trolltunga by purchasing water resistant clothing, hiking boots, and making enough sandwiches to sustain us on our long hike the following day. 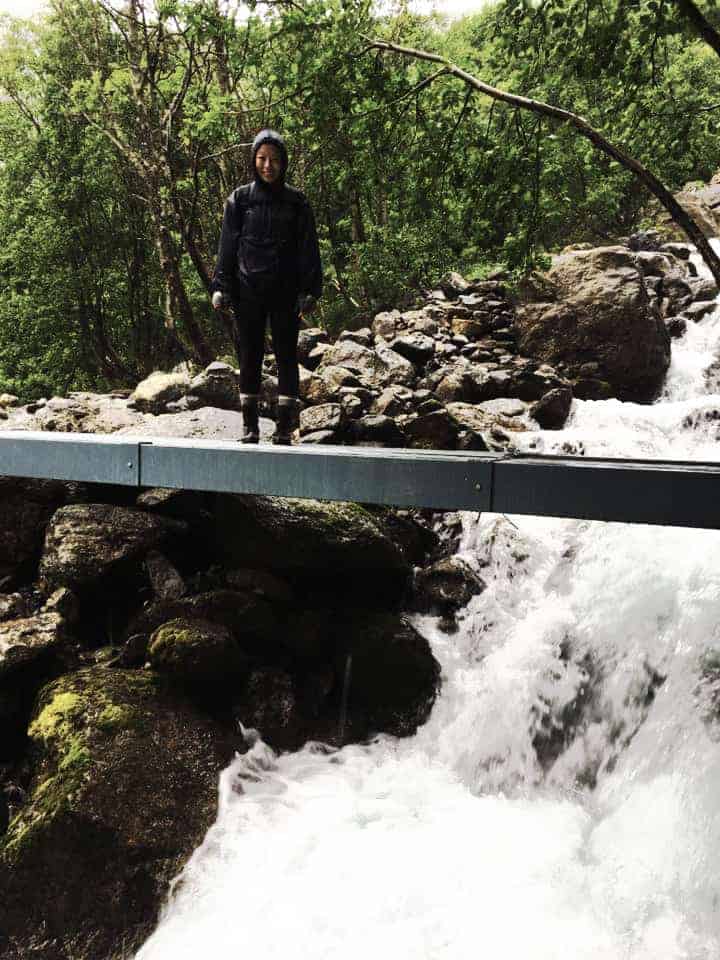 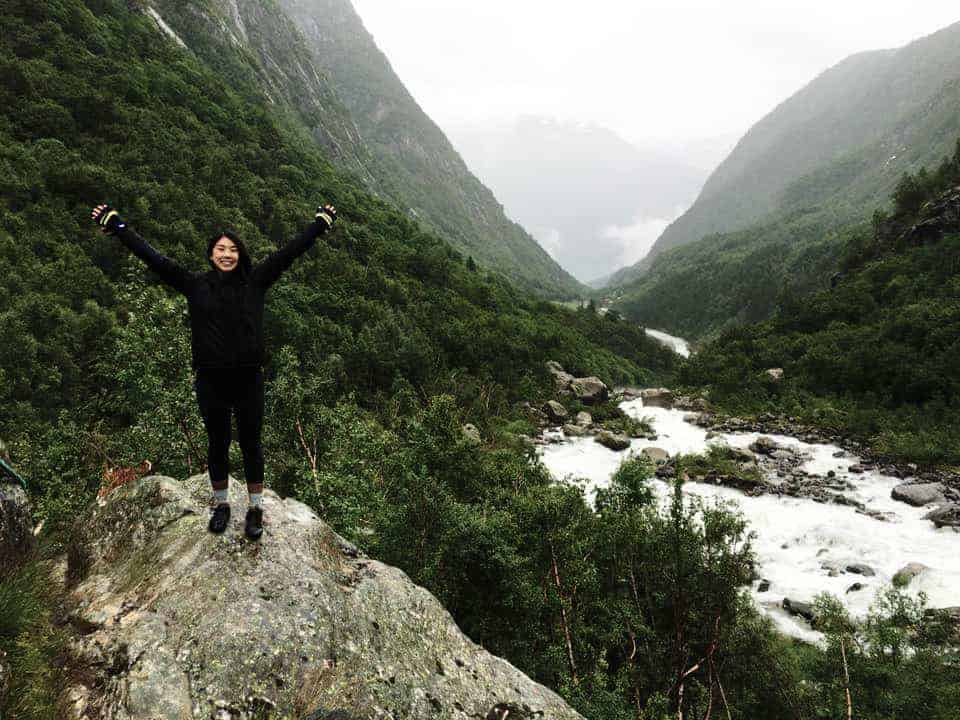 Early the next morning, we set out on our adventure to hike Trolltunga. I won’t go into detail about the hike in this post but check out our Tips for Hiking Trolltunga post for information regarding that. Our entire next day was spent on the hike from approximately 6 AM, when we left the house, to 5 PM, when we got back into the car. After the hike, we had planned to stop by Voss, another scenic fjord, but because Trolltunga took longer than we had anticipated and because we were both exhausted, we decided not to stop in Voss. We instead took the 2.5-hour drive to our next location, Gudvangen, which also included a ferry ride similar to the one we took to Odda. 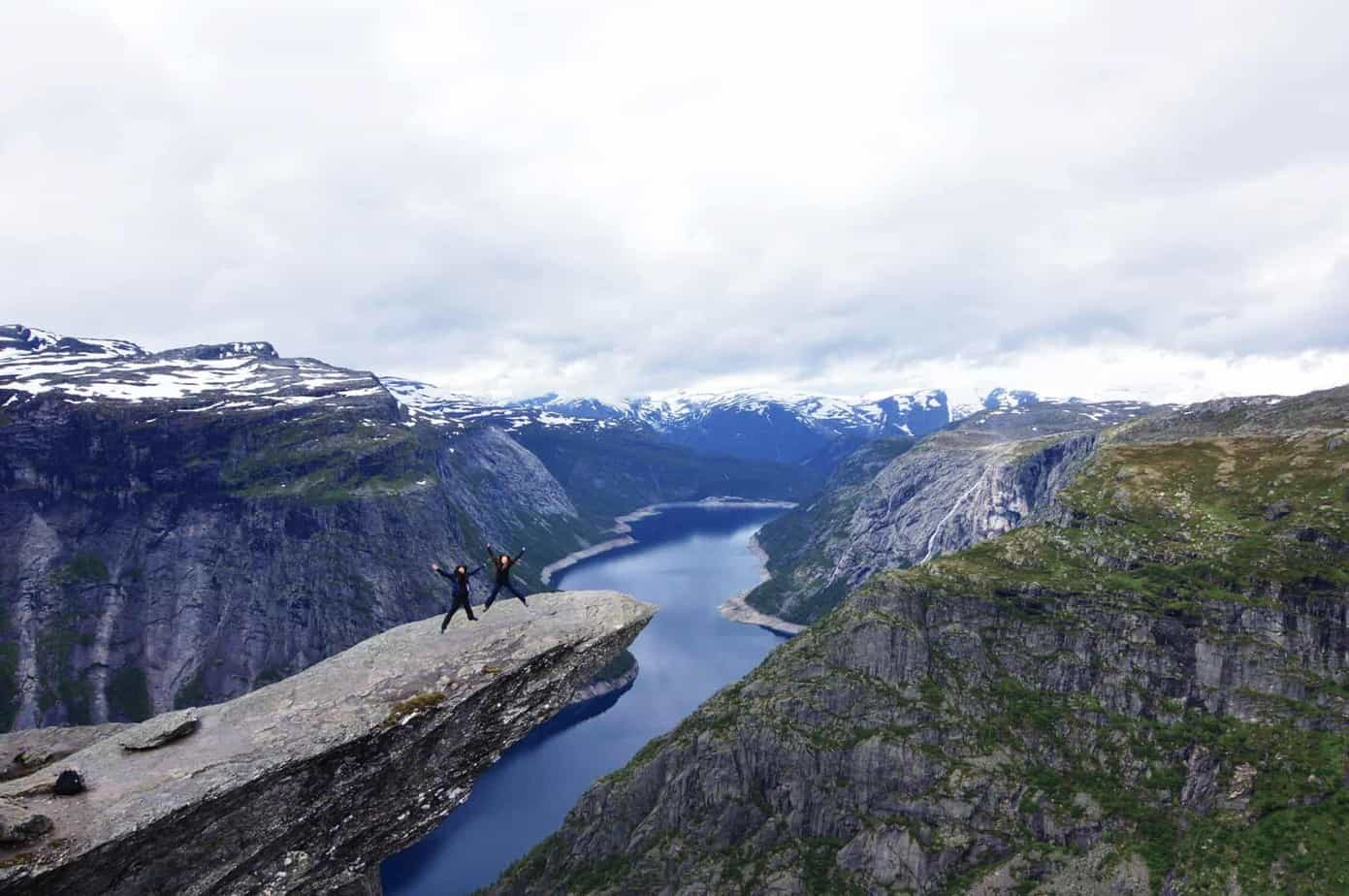 Where to Stay In Gudvangen

In Gudvangen, we stayed at the Gudvangen Fjordtell. There was one main building where we checked in, and then we were directed to a house around a three minute walk away. The fjordtell was essentially a collection of houses with showers on the main floor and rooms throughout the rest of the floors. It was similar to living in a dorm, and we would not necessarily stay there again if we returned to Gudvangen as it wasn’t as cozy as we’d imagined it would be.

The next morning, we woke up early to drive back to Bergen, return the car, and catch our train to Oslo. The train ride from Bergen to Oslo has been ranked as one of the most scenic in Europe, and it definitely lived up to its reputation. The train route took 34 years to complete from 1875 to 1909 and cuts through some of the roughest terrain in Norway. It provides riders with a little under seven hours to appreciate the magnificence of the hostile and otherwise inaccessible terrains of Norway, and it cost 649 Norwegian Krone (or roughly $80 USD) for a one way trip. This was a bit costly, but we would still recommend it due to the smooth ride we had and the beautiful views we saw. 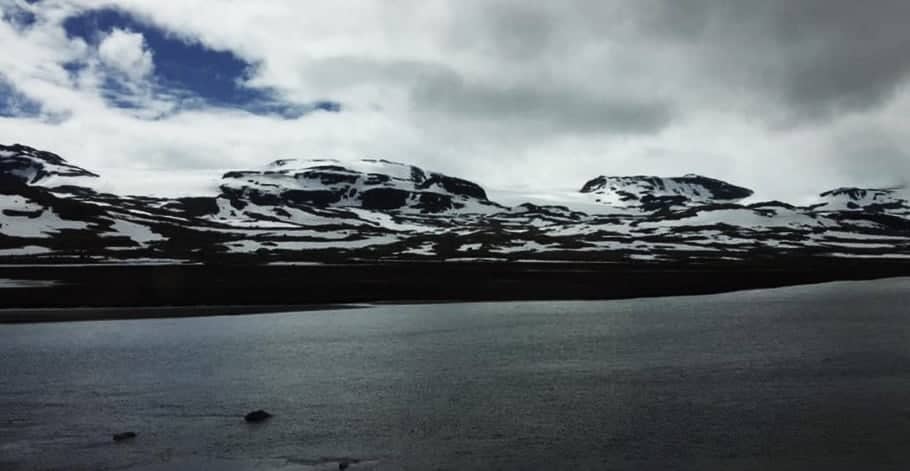 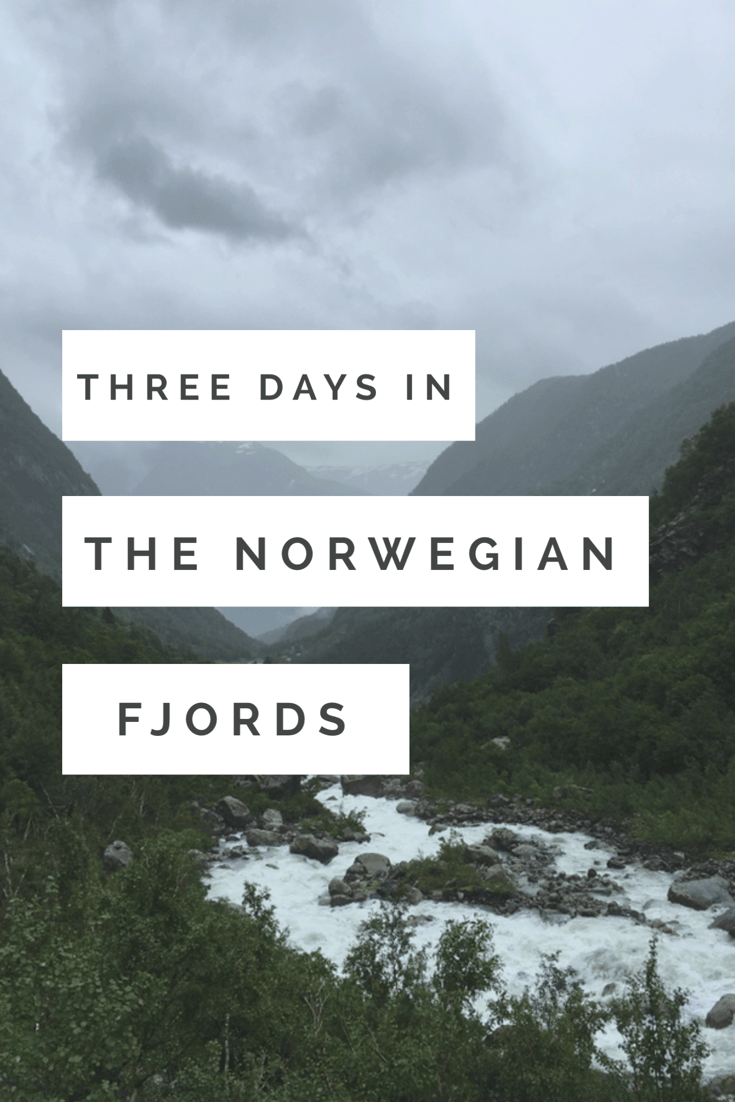 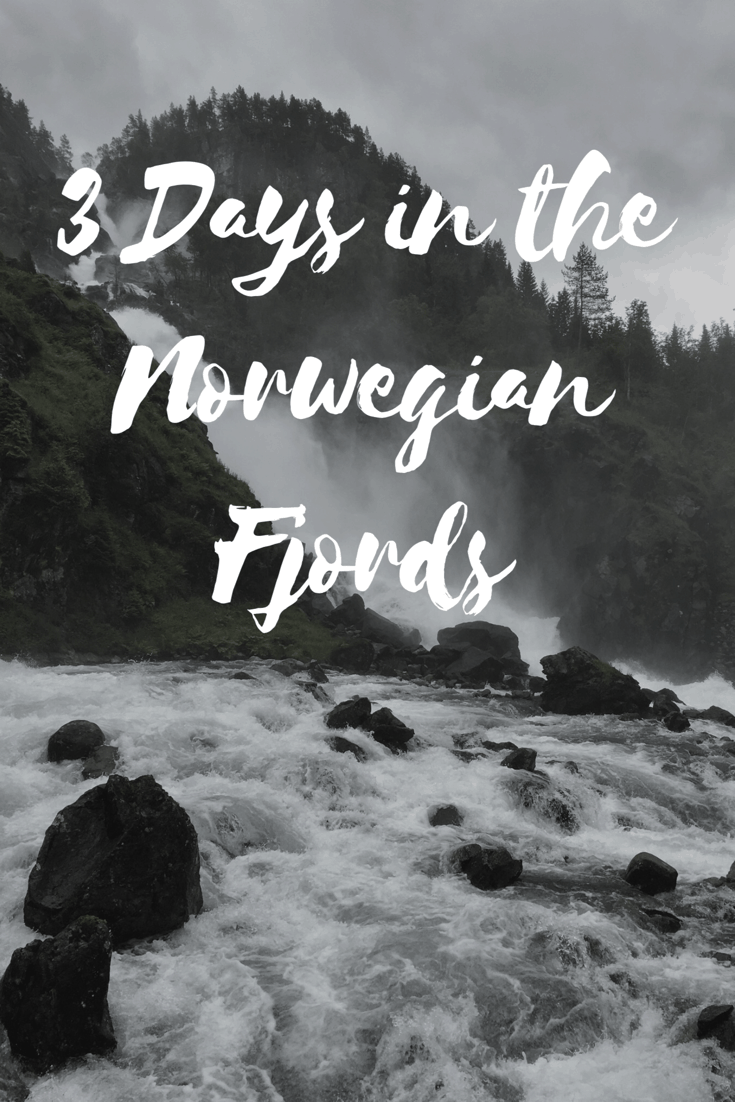