I have been guilty (numerous times) of overexerting myself. When I have any free time and a bit of extra cash, I can’t hold myself back from planning that next trip; even if I’m already worn out from my travels. This time of quarantine has been a forced slow-down, and a mandatory period of reflection and peace. It has helped me realize the importance of stillness and taking time to be present where I am, which in turn, has helped me appreciate travelling even more.

With that said, it’s still difficult not knowing when this will all end and when we can hit the road again. To feel better about not being able to travel during quarantine, we found a loophole…sort of. Here are some places that we ‘travelled to’ during quarantine, and that we think you should add to your bucket list too. Enjoy! 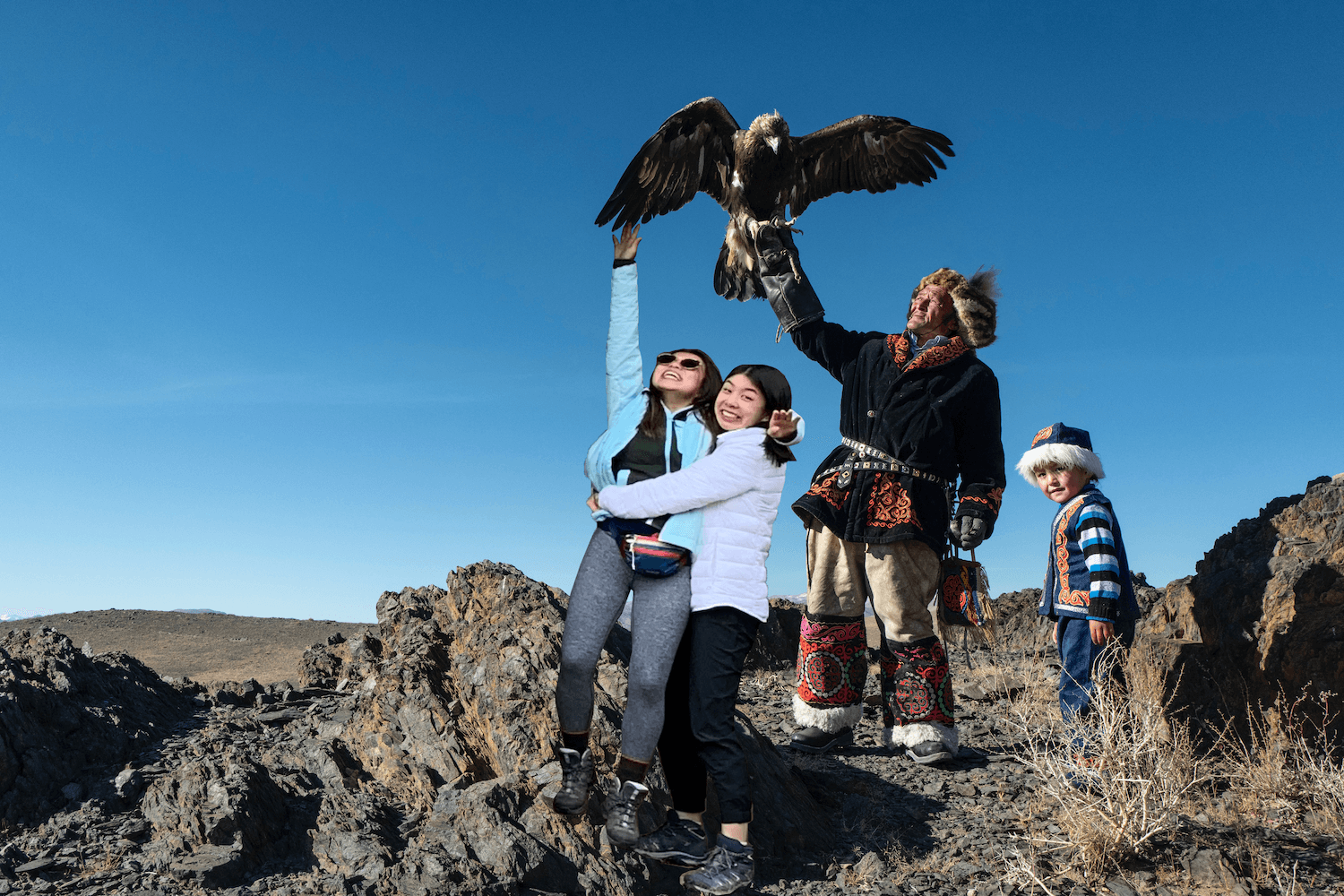 While we’re mourning our new inability to socialize at restaurants and bars, we forget that there are groups of people in the world for whom these establishments are not the norm. Mongolia has 3 million people living across the country, and it is estimated that up to 40% of them live as nomads. In fact, there are even experiences in Mongolia where you can spend a few days or weeks travelling and living with the nomads and observing the way they simultaneously live in communities, and in isolation. Mongolia is also home to the Gobi desert, monasteries upon monasteries, and beautiful mountains and lakes. While you’re there, make sure you check out a traditional Mongolian festival and try your hand at horseback riding. 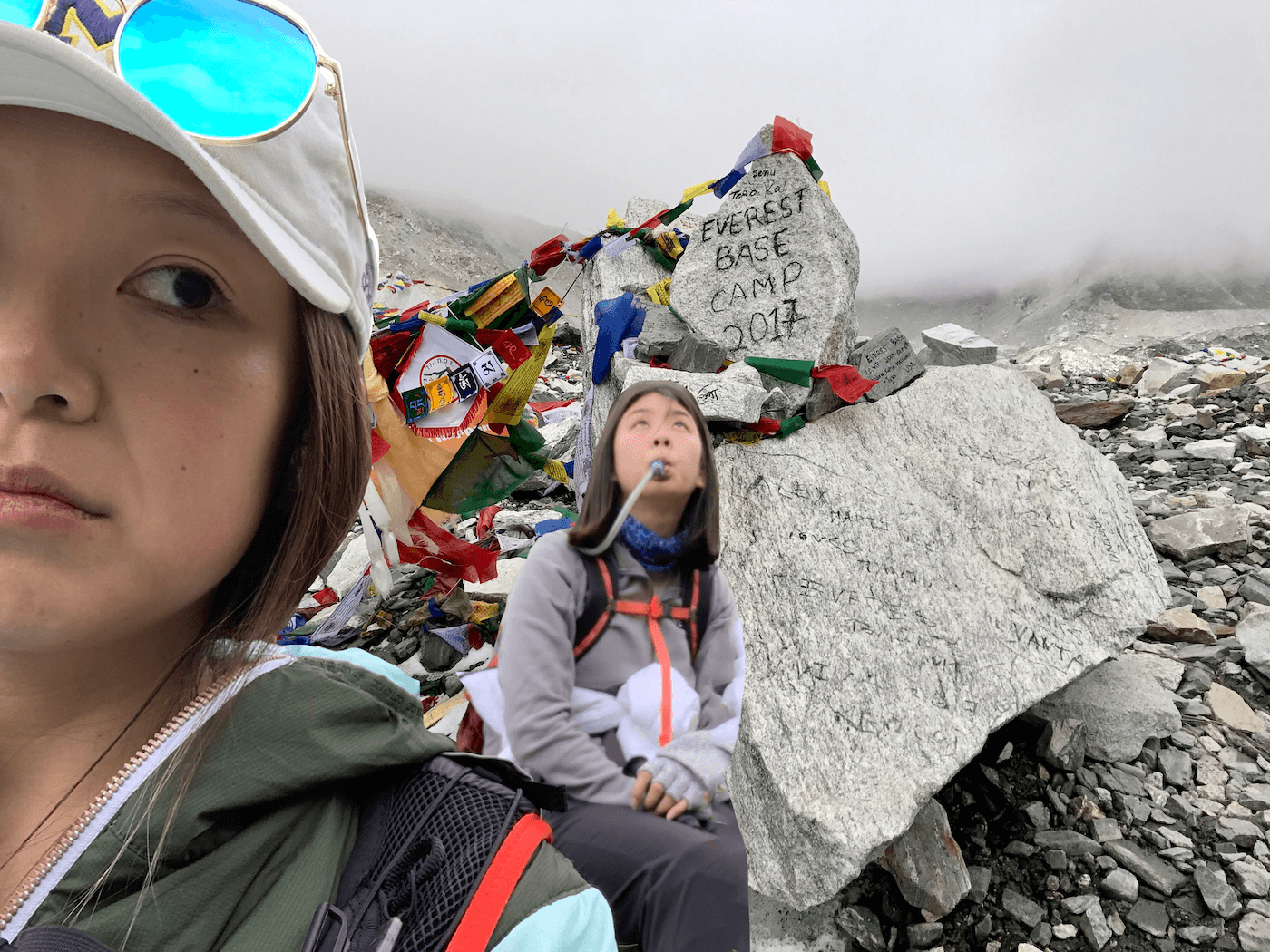 Diana and I were originally planning on hiking Everest base camp in the spring or fall of 2021, and we’re crossing our fingers that that will continue as planned. While Nepal is largely known for being home to ten of the fourteen tallest mountains in the world, there are a number of other reasons to visit the vibrant country. There is a diverse range of plant and animal species that thrive in Nepal’s high altitude, and some of the most popular places to view them are Chitwan and Bardia National Parks. Nepal is easily one of the most spiritual places in the world and has long been known for it’s rich history and culture. On top of that, the Nepalese people are considered some of the friendliest and most hospitable in the world, and we’re more than ready to experience this for ourselves!

Looking for other hikes to add to your bucket list? Check out our post on hiking Mt. Kilimanjaro. 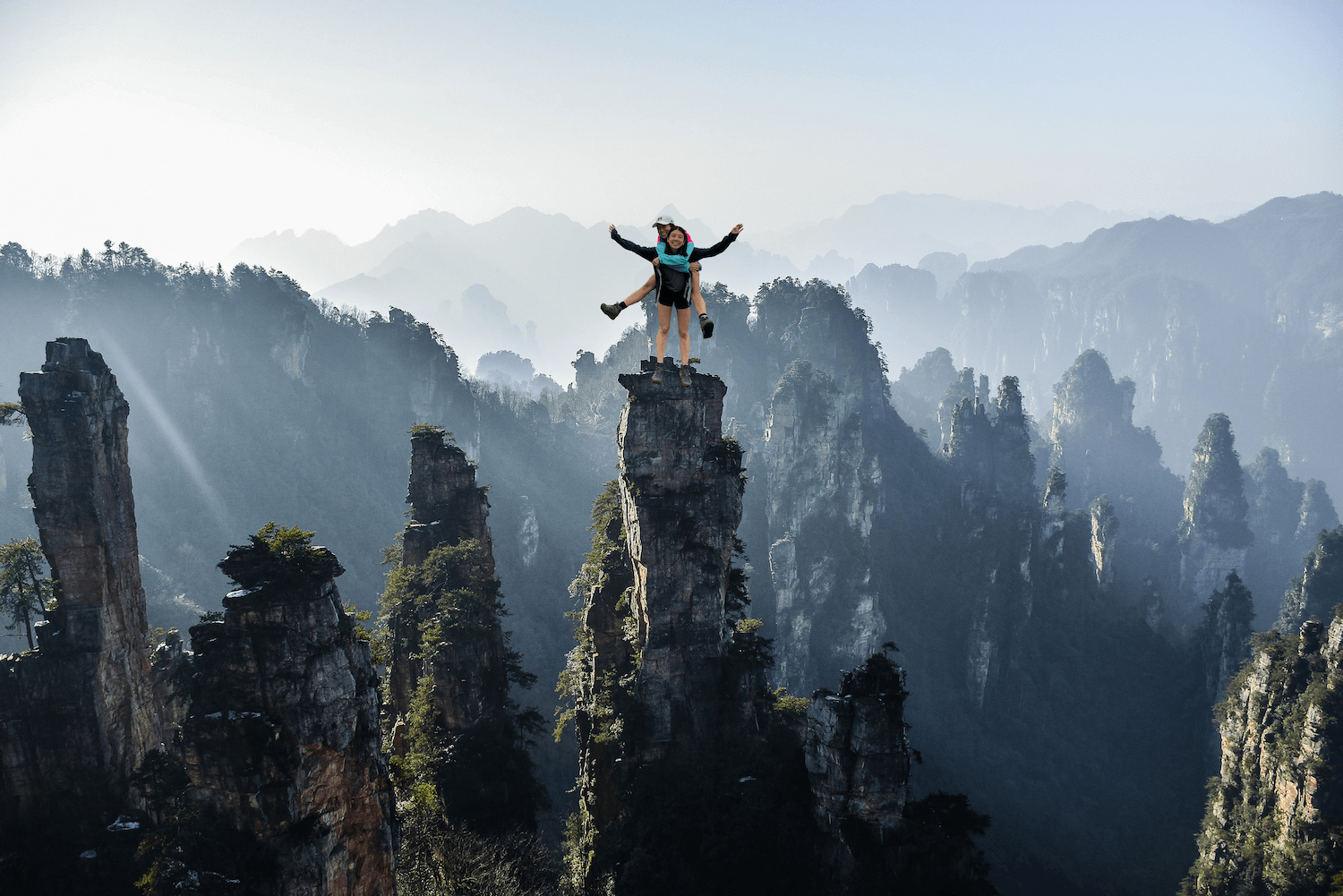 Diana and I have visited China at least ten times in our lives, but our visits have mostly been limited to our parents’ hometowns. We’ve checked a few Chinese landmarks off our list, but seeing as how China is the fourth biggest country in the world by land mass, we haven’t been able to make it to all of them. One of our top places for our next trip to China is Hunan province. Hunan is a province in Southern China (‘nan’ means south in Chinese), and is surrounded by mountains and the Yangtze river. It’s also home to the iconic Zhangjiajie Forest (see photo above), a UNESCO world heritage site. In addition to its natural scenery, Hunan is home to hot and spicy food, a number of China’s indigenous groups, and the Xiang chinese language. This is definitely one of the places you should add to your bucket list, especially if you’re already planning a trip around Asia.

My first diving experience was during Diana’s bachelorette party in Colombia at Buzos de Baru. The peace and quiet of the underwater world is unparalleled, and seeing all the vibrant marine life up close is one of the greatest things I’ve ever experienced. For many of you, the Great Barrier Reef might not be one of the places you have to add to your bucket list because it’s already on there! It’s one of the most popular diving spots in the world, home to more than 1,500 fish species and 130 species of sharks and rays. Personally, I’ve been itching to swim with a manta ray ever since I watched the Netflix documentary Tales by Light (Episode: Paradise in Peril Part 2) and the reef is one place mantas frequent. If scuba diving isn’t your cup of tea, you can hop on a helicopter and view the reef from above, sunbathe on a beautiful white sand beach, or tour the Daintree Rainforest. 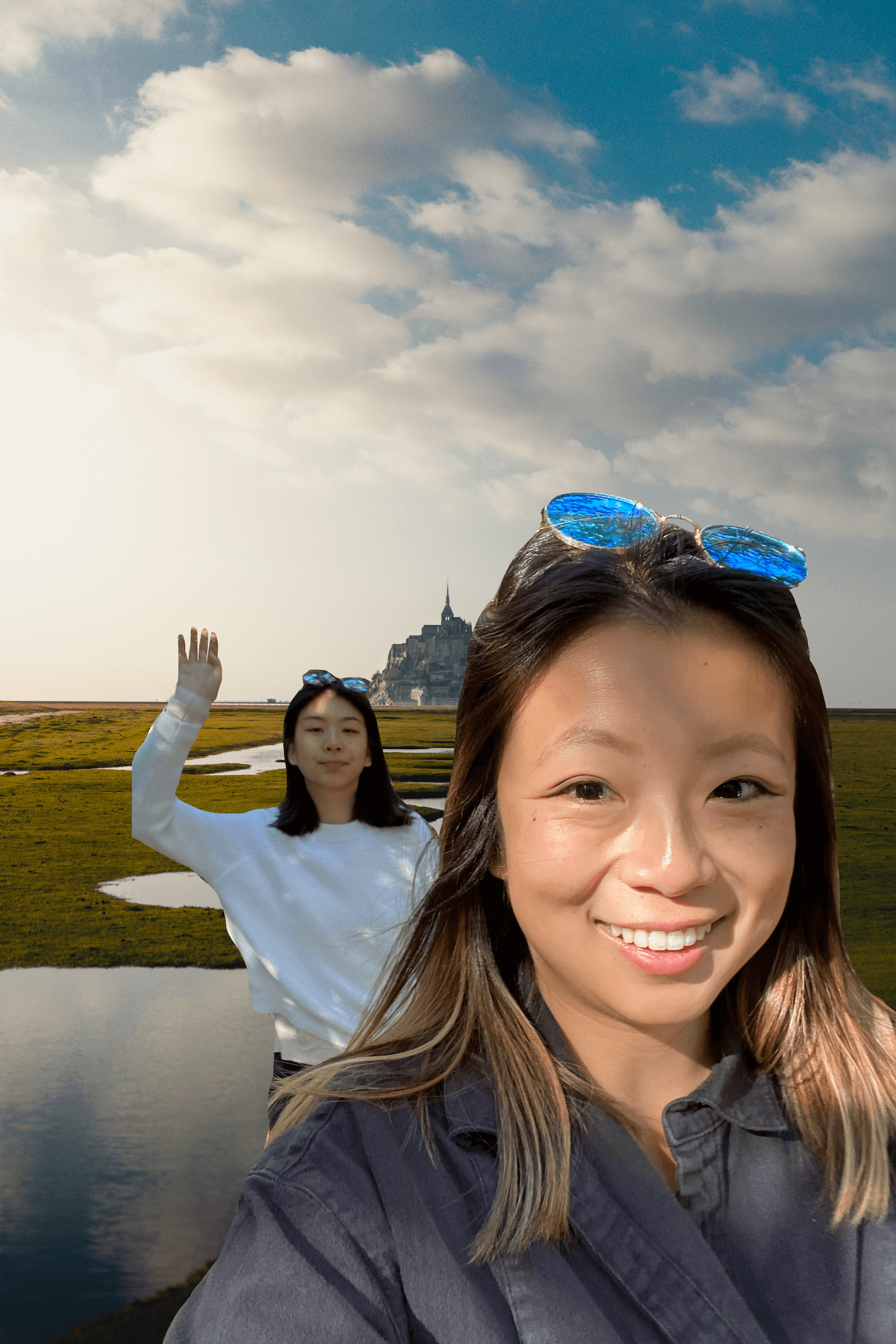 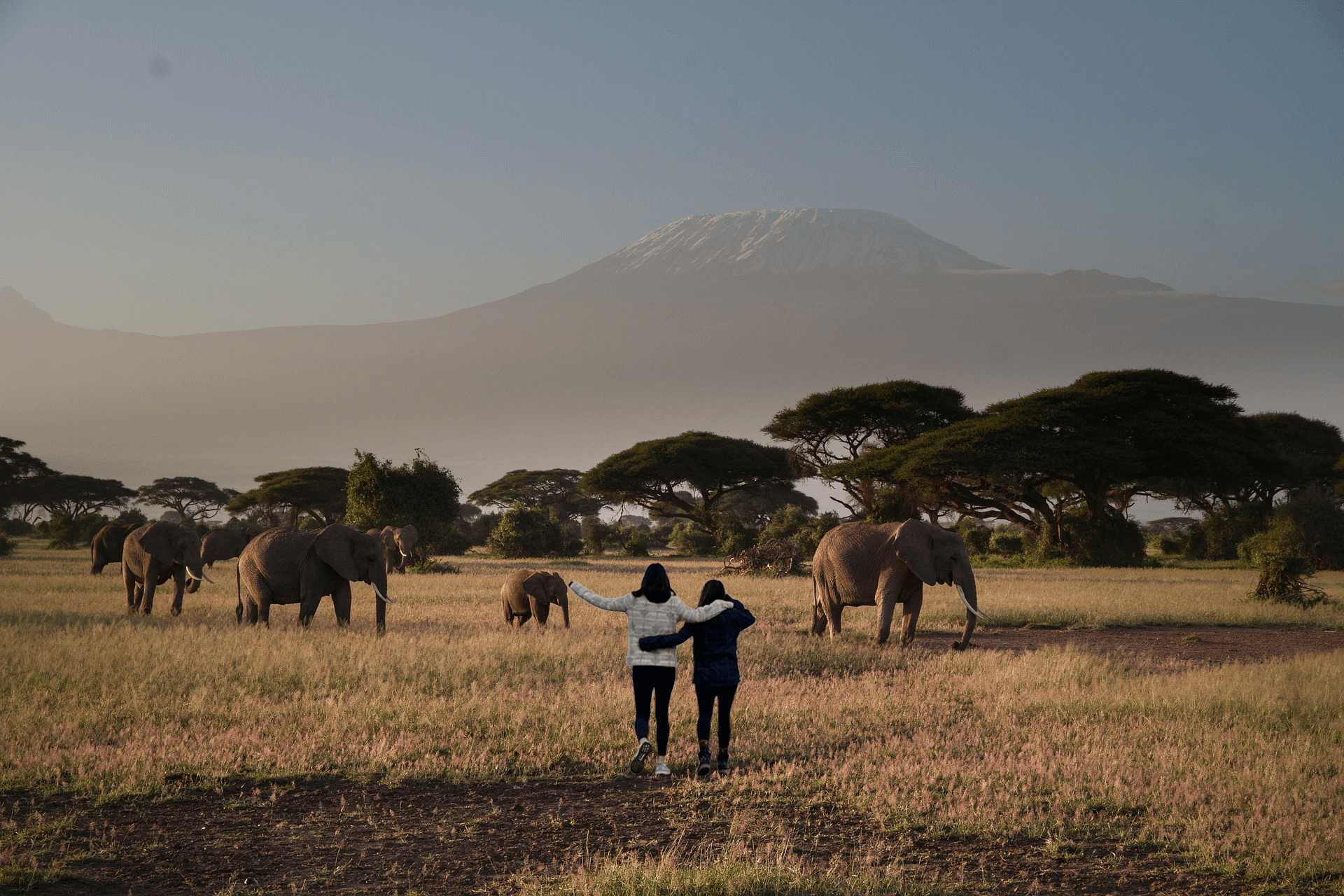 Anyone who knows Diana and me personally knows that we’re obsessed with elephants. It can be a struggle finding places that treat elephants ethically, so we set out on a search and came across Addo Elephant Park. Addo is located in the southern part of South Africa and can be reached via Port Elizabeth. The park is home to over 600 elephants who have over 148,000 hectares of land in which to roam. In coming years, the park is hoping to expand their existing space to 360,000 hectares, providing even more space for our favourite animals to enjoy. While elephants make up most of the park, there are also other mammals including buffalo, zebras, lions, and warthogs. If you’re an animal lover, this is one of the places you’ll want to add to your bucket list. 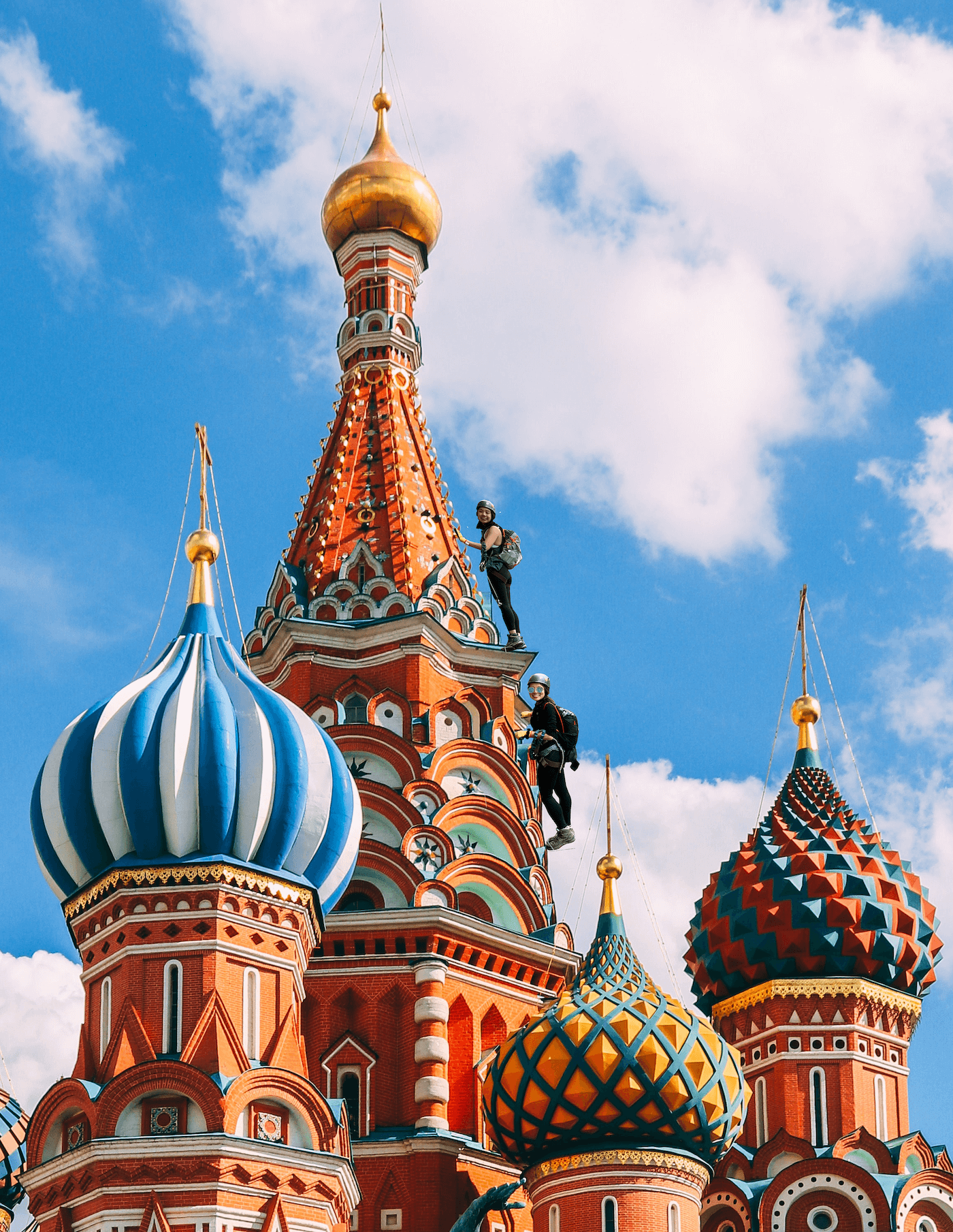 Diana and I have been talking about going to Russia for as long as I can remember. Russia has always been somewhat of an enigma to us, and we’re fascinated by the vastness of the land and the unique culture of the people. Within Russia, Moscow is first on our list since we’ve never been to the country before. Moscow is arguably one of the most important and iconic cities in the world, and it has a history that stretches back to the Neolithic days. While climbing St. Basil’s Cathedral is not a real-life activity, there is no shortage of things to do in the city. Home to the largest bell in the world, countless museums and cathedrals, and a bustling nightlife scene, Moscow has more than earned its spot on our list of places to add to your bucket list.

We hope you’ve enjoyed these photos of our quarantine adventures! We can’t wait to get travelling again and make it to these spots in real life. Which places are on your bucket list post COVID-19? Let us know in the comments! 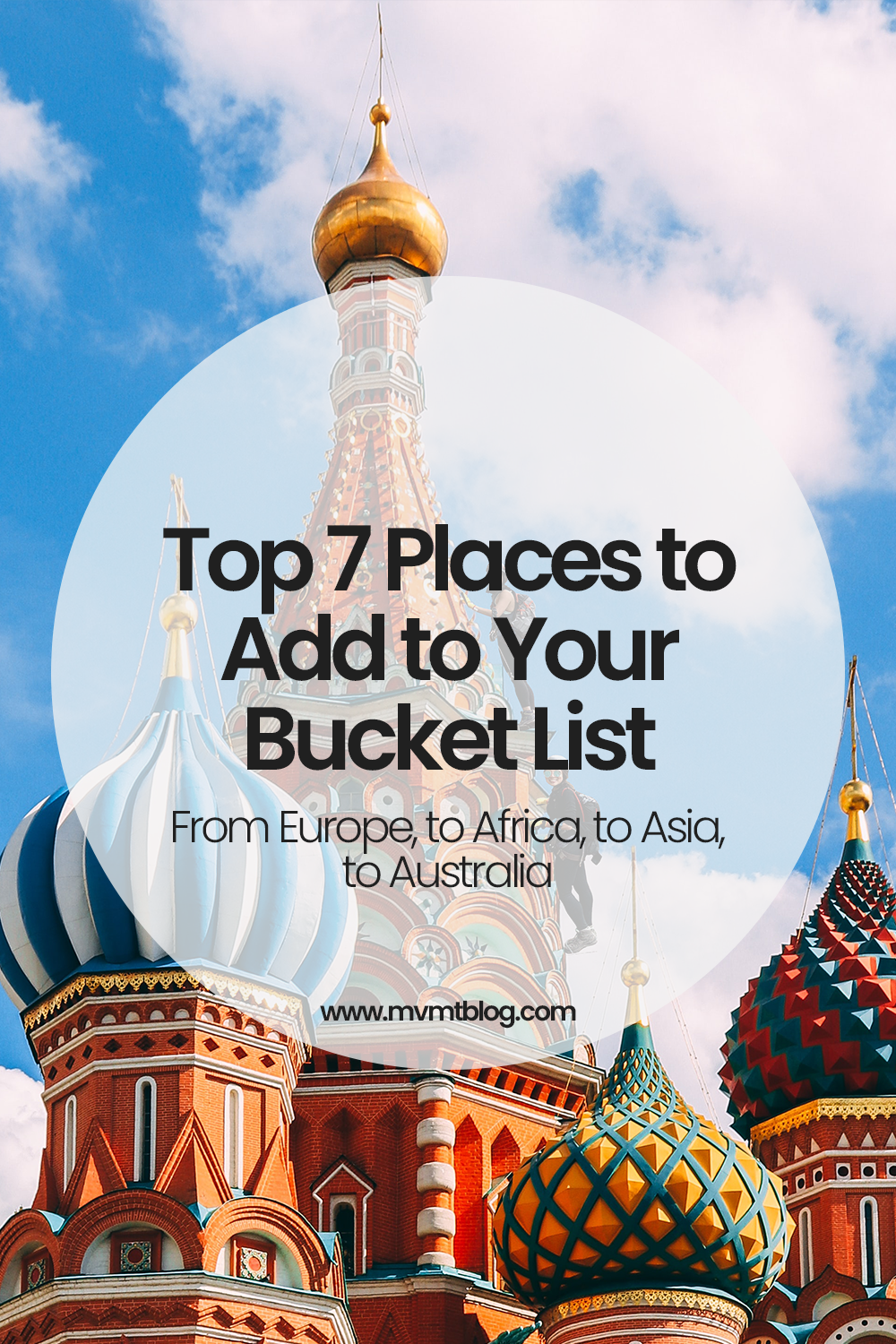 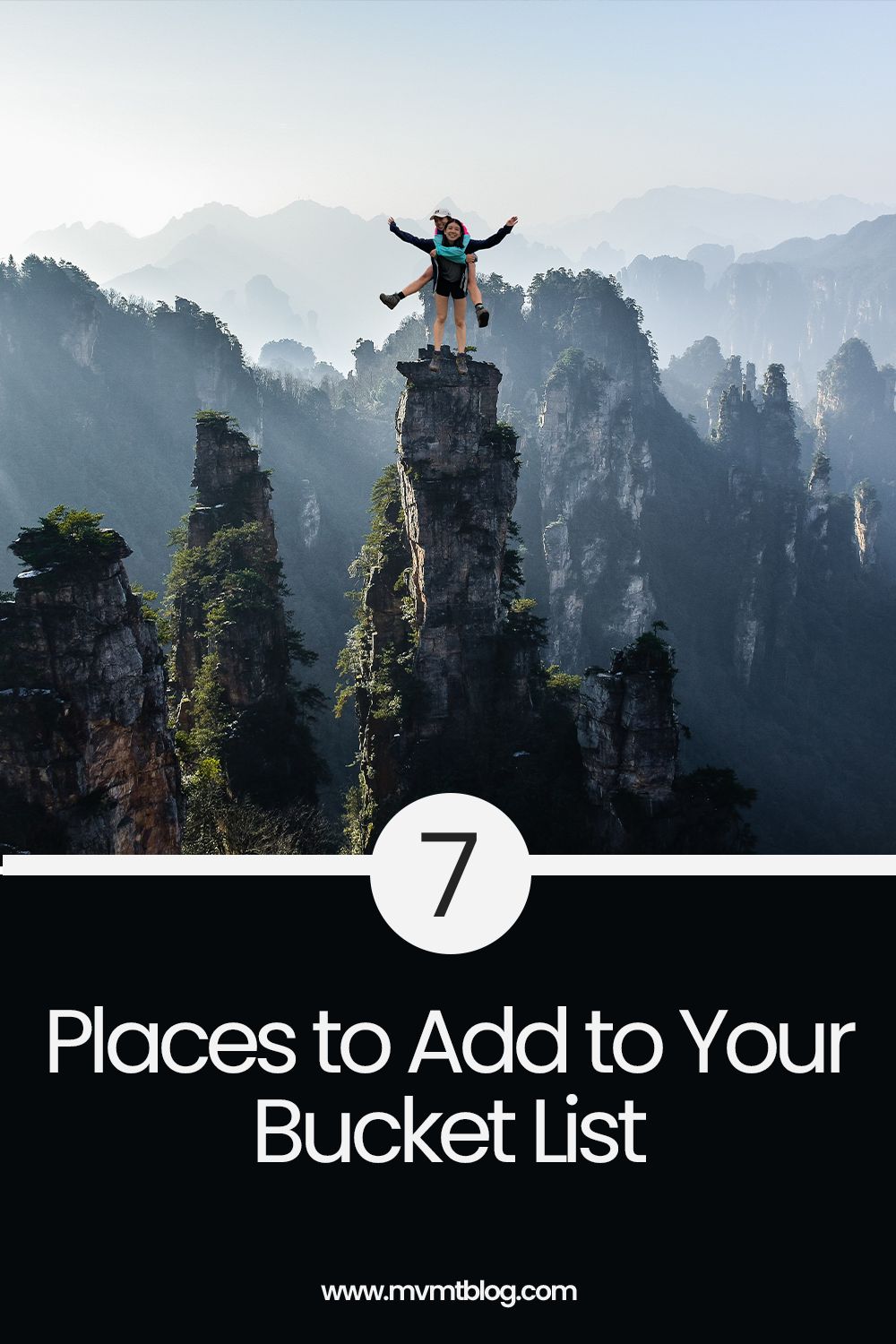 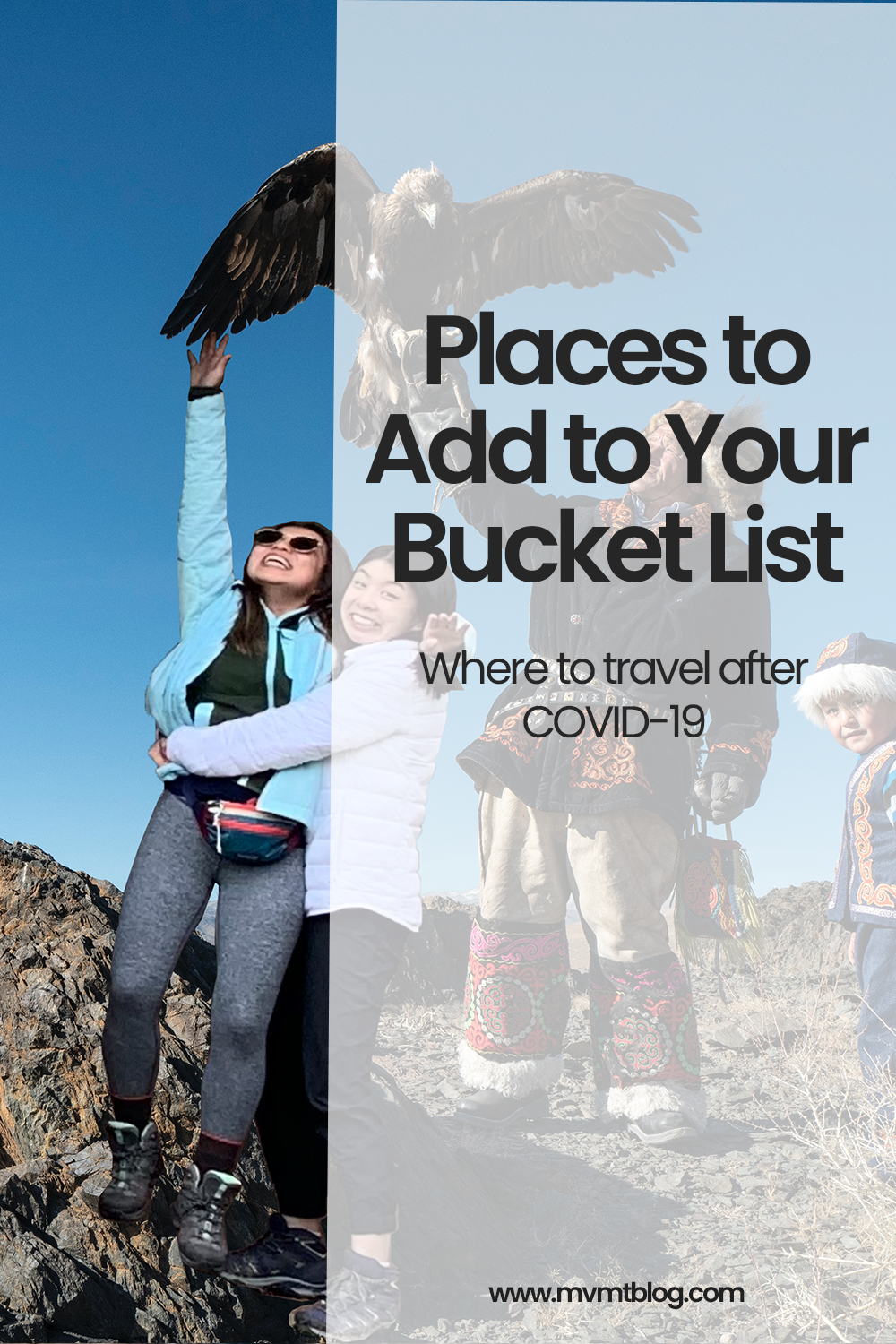 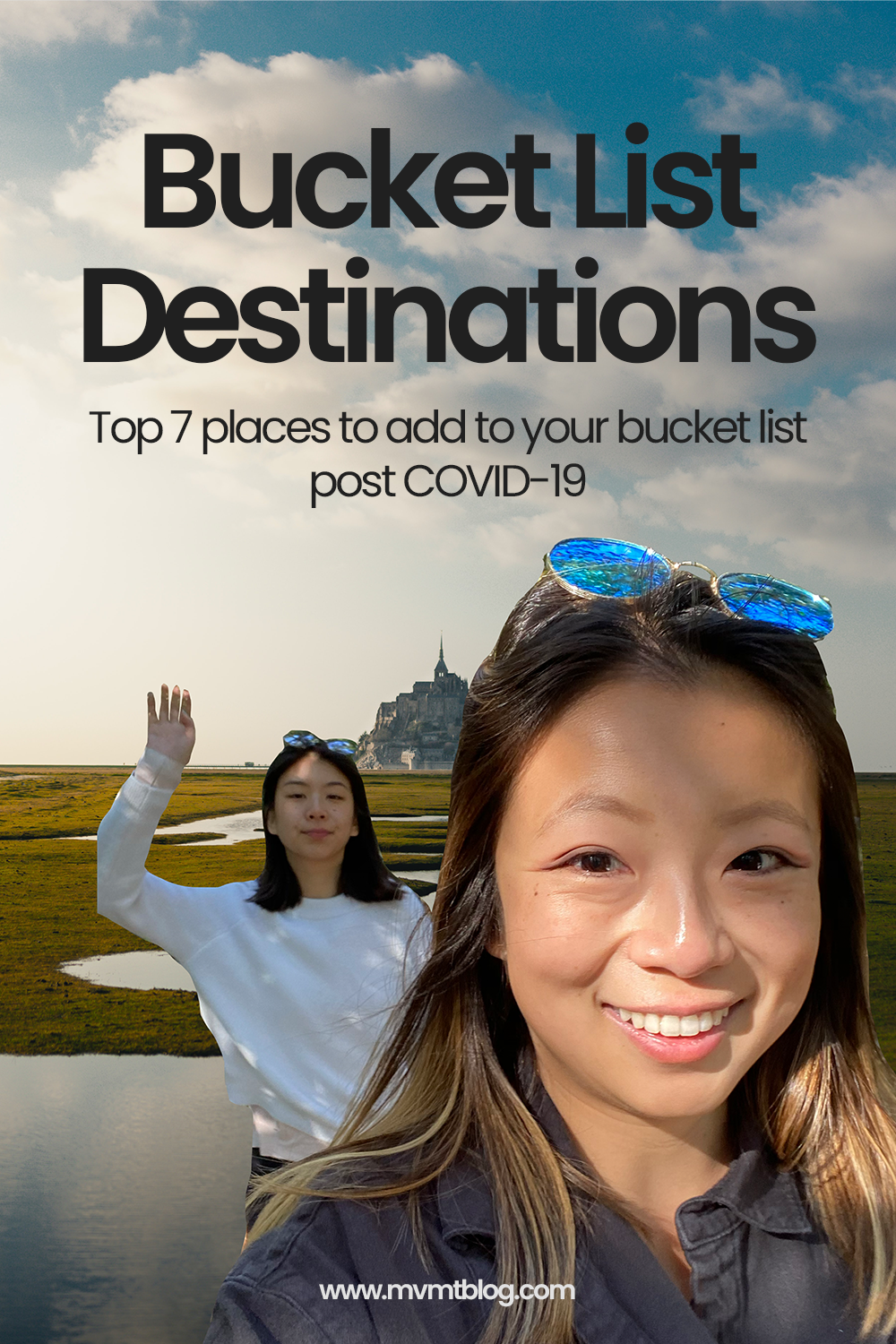